On 18 May, Wilson Stuart School were lucky enough to be visited by Perry the Bull – the official mascot for the 2022 Commonwealth Games, to be hosted in Birmingham this summer. 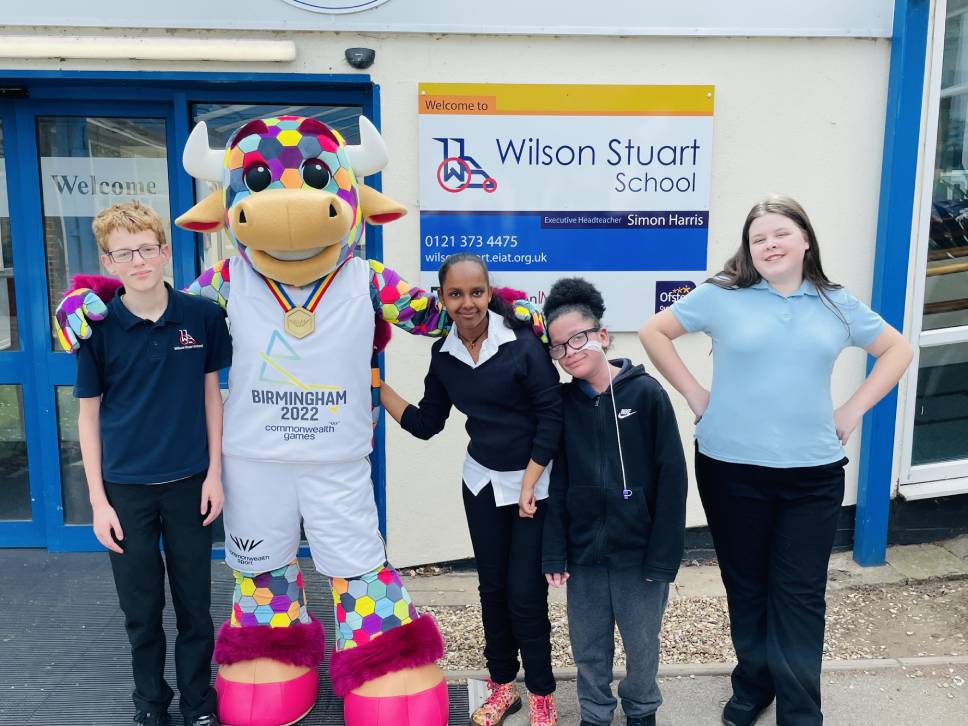 Perry was well received by all as he moved around the school meeting and greeting both staff and students.

Perry first visited Bluesky nursery and Primary, dancing, skipping, and giving out ‘hi-fives’ with the students at every given moment before then making his way across school to secondary where he was greeted with yet more cheers and happy faces.

Wilson Stuart School in Perry Common is a special school that caters for 229 pupils aged 2-25 years. 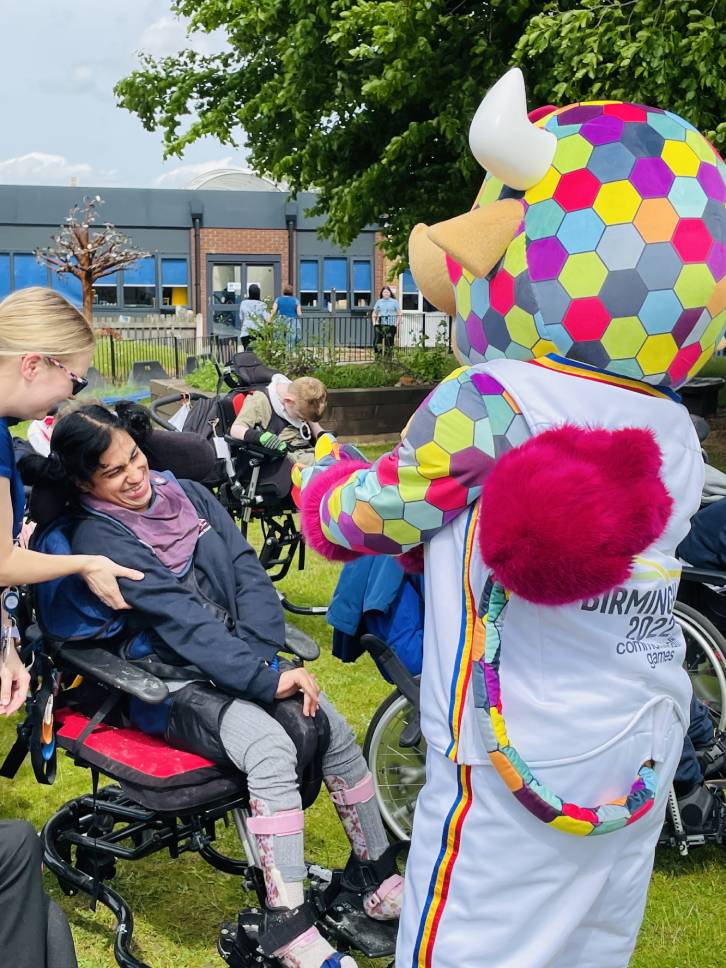 The SEND students fully embraced the experience and were able to get photos with the Commonwealth mascot ahead of the Games. Students further took part in an action packed morning of activities, including a ‘find Perry’ orienteering course, medal design and athlete growth mindset workshops.

The visit from Perry the Bull “helped capture the family, fun and friendly feeling of the games and to get the students geared up to Birmingham hosting the games later this year,” said Tom Elmes, Associate Head of Secondary at Wilson Stuart School.

He added: “There was a real buzz of excitement from the students about our special visitor, it was great to see both staff and students interacting with Perry and the projects that we are part of are now starting to take shape ahead of the games this summer.” 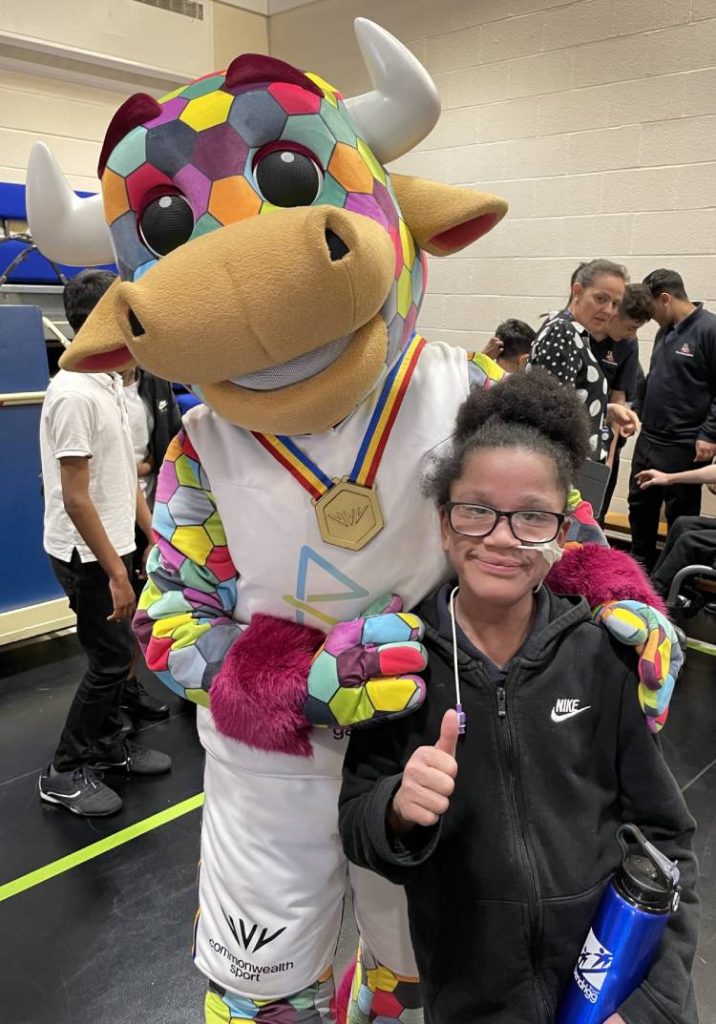 Perry the Bull is a unique mascot for the Commonwealth Games 2022, named after both Perry Barr – where the main bulk of the Games will be held – and the Bull Ring Market.

His appearance is based upon the design of 11-year-old Emma Lou, winner of a national design competition that took place in 2020.

Artist in residence at Wilson Stuart School, Benny Semp, has also been working with students on a wall hanging to act as a legacy piece for the Games.

The Commonwealth Games will take place in venues across Greater Birmingham, the Midlands, and London between 28 July and 8 August.

For more on the Commonwealth Games visit www.birmingham2022.com