On Thursday evenings families gather on their doorsteps, driveways and balconies and wait. Then, at precisely 8.00 pm the quiet, lockdown-muffled, streets erupt with the sound of applause, drums, fireworks, and the clash of pots and pans.

‘Clap for Carers’ was started in the UK by Annemarie Plas, a Dutch woman living in South London, when she took to social media to encourage her friends to emulate similar displays seen in the Netherlands, Spain and France. It soon went viral, and three weeks after Boris Johnson told the nation they must stay home, households have seized the opportunity to break the monotony. Clap for Carers has now become an almost ritualistic display of appreciation and gratitude for the continued efforts of our NHS workers in tackling the pandemic.

However, there’s something about the whole spectacle that makes me grimace.

Before the word coronavirus became part of the world’s lexicon, the NHS had been fighting a lonely battle against the Government. Starting in 2010 with George Osborne’s austerity measures the NHS saw a dramatic slow-down in funding and a real-terms budget cut, it had to dig deep to shield patients from the financial impact of the cuts, at the cost of frontline workers who bore the brunt through working harder and longer shifts.

In 2016, then Health Secretary, Jeremy Hunt appeared to recognise the plight of the NHS: “Without its people, the NHS is just empty buildings… Fill it full of NHS staff, you’ve got something really special.” 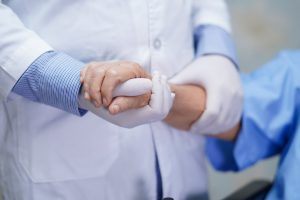 He acknowledged the extraordinary work done by the NHS and its people, and for a moment there was hope that the NHS had finally won the battle, that this recognition of the commitment and dedication shown by staff would be rewarded. Mr Hunt then went on to announce that he’d be scrapping student nurse bursaries and introducing tuition fees.

The consequence was 900 fewer applications to study nursing as the country was facing a shortfall of 25,000 nurses. And it wasn’t just nurses who were subjected to this Annie Wilkes approach to appreciation, junior doctors were subjected to a 40% pay cut which resulted in industrial strike action from the BMA. The NHS had 6,000 unfilled doctor and GP positions at the time.

To compound the issue further, this happened around the time the UK had voted to leave the EU. EU/EEA nationals account for over 9% of the doctors and 6% of the nurses working within the NHS, respectively, let alone the almost 70,000 EU nationals working in adult social care –  that’s nearly 200,000 doctors, nurses and carers who’s future was, and still is, now uncertain.

The NHS has been battling on several fronts, for many years, against many governments, against many issues and against all odds – but now it faces a new threat, an unseen and lethal enemy, with the potential to decimate our health service.

Right now, they’re facing an impossible task which they are completely unprepared and unequipped for. In 2016, due to mounting concern that a pandemic would be the greatest threat likely to face the UK, the Government staged a nationwide pandemic preparedness drill codenamed Exercise Cygnus based on a fictional outbreak of ‘swan flu’.

The conclusions gathered from that exercise have never been released publicly, but local authorities who took part in the drill have noted that PPE supplies were an area of concern. It’s also worth mentioning that according to DHSC accounts, the value of the UK’s emergency stockpile (consisting of PPE, including respirator masks, gloves and aprons) had fallen by more than £200m between 2016 – 2019.

And now we’re witnessing the heart-breaking ramifications of those decisions.

It’s tragic that the true value of the NHS, if there was any doubt, only comes to the fore at the hour of our need, but it’s nothing new for the workers on the frontline. They have always been here, doing the extraordinary every day, and whilst the loss of life within the NHS is painful to bear we must try to keep in mind that the loss of life without the NHS would be unfathomable.

More needs to be done to ensure that the actions and gratitude displayed within the community marry up with the actions and decisions made in Whitehall; because when this fight is won, it will be hard-won by the brave and steadfast people of the NHS, and we will look to them when it’s time to nurse this nation and the community back to health.

I hope by then, that they will have earned much more than a standing ovation.