Kingstanding Police are offering free cycle security marking after a spate of robberies of mountain bikes from youngsters in the area.

Bike owners are being invited to Kingstanding Police Station this Saturday to get their property marked and be added to a national register which will reunite them with their bike if recovered after being stolen.

Last week, Rebecca Hurley’s child was robbed at knife point for his bike in Dovedale Road.

Appealing for information on Facebook the mother, who shared pictures of the bike and CCTV footage of the robbery, said: “The damage these people have done to my son’s confidence is unbelievable, it’s heart breaking.

“They robbed him at knife point just off Dovedale Road. They ragged him around but he’s not hurt just really shook up. They tried to steal his phone as well but he managed to get away on the back of the bike.”

She added: “I have since found out these people had robbed two other boys at knife point in the area.” 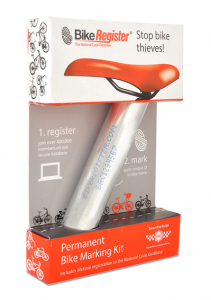 The Facebook appeal was successful and the bike was returned to the boy after a woman who had bought it for £35 this weekend got in touch with the family.

Mrs Hurley said: “I can’t thank people enough for sharing my post as he has his bike back. These lads robbed my son for £35! They need to be stopped.”

Throughout the summer there have several other bike thefts from children in Kingstanding and Erdington.

The police have teamed up with national cycle database BikeRegister to help bike owners get their cycles marked with permanent security markings.

In a message to residents, Kingstanding Police team said: “We have obtained a limited number of bike security kits from BikeRegister and you like to offer you the opportunity to pop into Kingstanding Police Station on Saturday, September 19th, whereby, we will apply the kits to your pedal cycle.

“We will then register you FREE of charge to our approved provider BikeRegister.”

Local cyclists will then be given a time slot on Saturday 19th September to visit the station.

How to mark you bike with a BikeRegister kit

For more on the Kingstanding Police team, including non-emergency contact information, visit www.west-midlands.police.uk/node/2711b

Erdington residents are ‘not as positive’ about the support they received from their local police Neighbourhood Team (NHT) following up burglaries, as compared to those in neighbouring Sutton Coldfield. 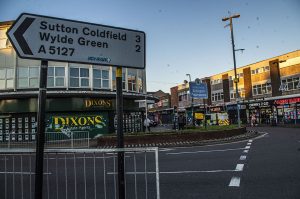 After a survey of over 200 victims of residential burglaries was conducted by officers from Erdington and Sutton Coldfield Neighbourhood Teams, responses show a chasm of concern between victims of break ins across the two districts.

In Sutton Coldfield, the survey found ‘the majority of residents received a visit from a NHT representative… (finding) these visits helpful and reassuring, with most feeling safer in their home following the visit.’ 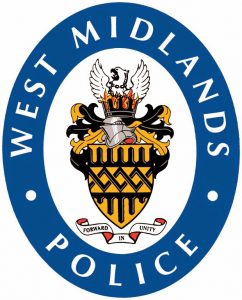 Whist for residents in Erdington, which suffers from around 1-3% more residential burglaries per month, the police’s survey found ‘their experiences were not as positive, particularly about the visits or contact they received from the NHTs.’

Despite rates of residential burglaries falling across both districts, with home break ins dropping by 76% in Sutton Coldfield and 16% in Erdington – as compared to the same time in 2019, investigation into police support following the crime has shown alarmingly mixed results.

Local resident, Sue Bicknell, has experienced two burglaries in the past few years. “The first time, I came home and there was a man standing in my hallway,” explains Sue. “I immediately slammed the door shut and called the police, who arrived in a couple of mins. Their response was excellent – they sent about five officers to my home and had cars scouring the streets. 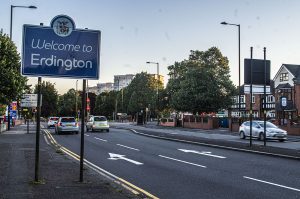 “Then last year I was burgled again – I came home to find every draw and every cupboard had been turned over. The forensic team arrived a few hours later, with the Neighbourhood Team coming the next day – offering advice and links to Victim Support. No suggestions were made about improving my home security, but again I felt their response was good.”

Another Erdington resident, who wants to remain anonymous, called the police after she disturbed a violent gang trying to break into her home.

“The nine masked men were messing with the key hole in the door,” explains the local mum, “I thought it was my brother in law, but it wasn’t.

“As I opened the door they kicked it into my belly, I was seven months pregnant at the time, then went to hit me with a bat. I ran off into the bathroom shouting to my partner, as he came down they ran off. 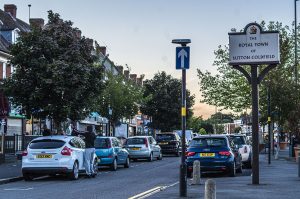 “I phoned the police and it took them 45 minutes to get to my home. They knocked on my neighbour’s doors, checked if the men had dropped anything, asked me questions and then left.

“I didn’t hear anything from the police for about a month, so I went to Jack Dromey MP who wrote and asked the police why they hadn’t come back and checked up. Or even just rung us. The police replied that they were dealing with better investigations.”

But according to the recent survey, the police are taking steps to improve their response to burglaries in Erdington and to address the imbalance between the districts – examining how the Neighbourhood Teams can ‘be as effective in Erdington as it is in Sutton Coldfield.’ 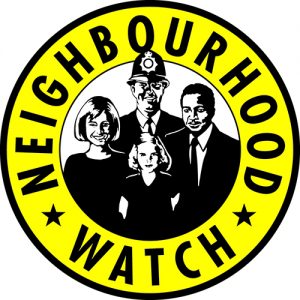 After contacting the police directly, Inspector Haroon Chughtai – who oversees the police teams in both Erdington and Sutton Coldfield – told Erdington Local:

“I am convinced that while we play a part in investigating, patrolling , managing persistent offenders around burglaries the biggest contribution to reducing burglaries will come from focused work around prevention – whether that is target hardening individual homes through security measures such as alarms, CCTV, to simple things like making sure windows are not left open, being part of an active Neighbourhood Watch Team.

“This survey was done to try and see what changes victims of burglary made post the offence and whether our visits helped them make positive changes.

“We are trying to understand if the officers in Sutton and doing anything different to those in Erdington and if they are, how we can replicate it.”

To find out more about the police teams in your area, click here and enter the name of your location. Or for direct updates from West Midlands Police, visit www.wmnow.co.uk

To find out more about the police team in Erdington, visit www.west-midlands.police.uk/node/2710

For more on the Neighbourhood Watch schemes in your area, visit www.ourwatch.org.uk

For help and advice as a victim of crime, to contact Victim Support visit www.victimsupport.org.uk