Conservative West Midlands Mayoral candidate Andy Street has promised “to do everything I can” to save Short Heath Playing Fields. 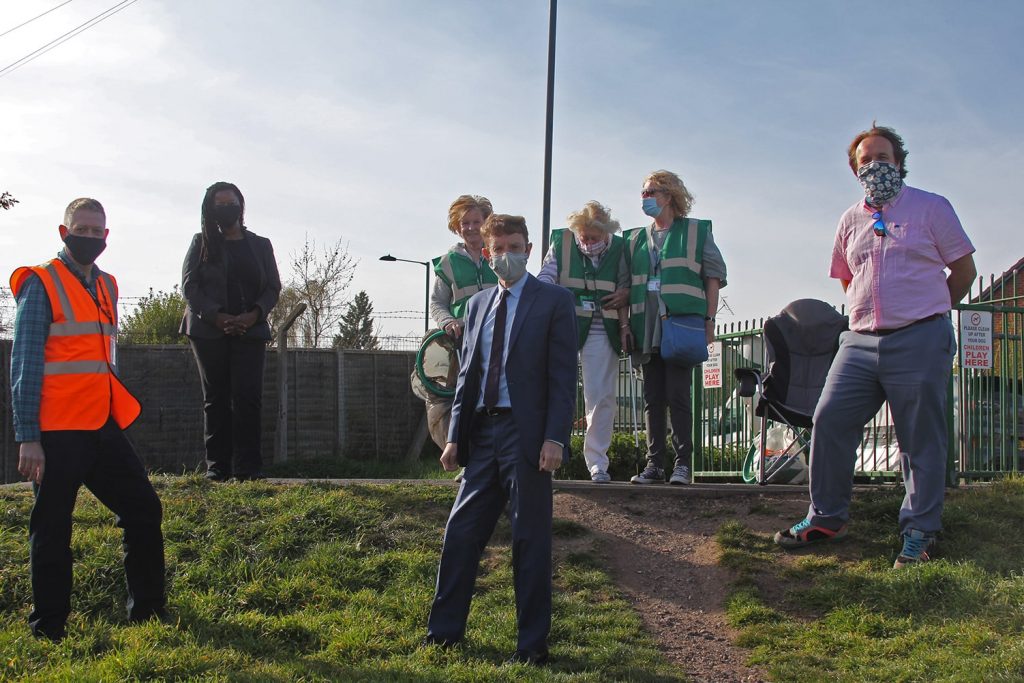 Mr Street met campaigners and volunteers from Short Heath Wombles at the playing fields yesterday afternoon – capping off a busy week on the campaign trail ahead of the poll on Thursday, May 6.

He told Erdington Local: “The first time I heard about the plan to build houses on this site, I thought ‘this can’t be right’. To me, it’s not even a debate whether houses should or should not be built – I cannot understand why they would be built here. It cannot happen. 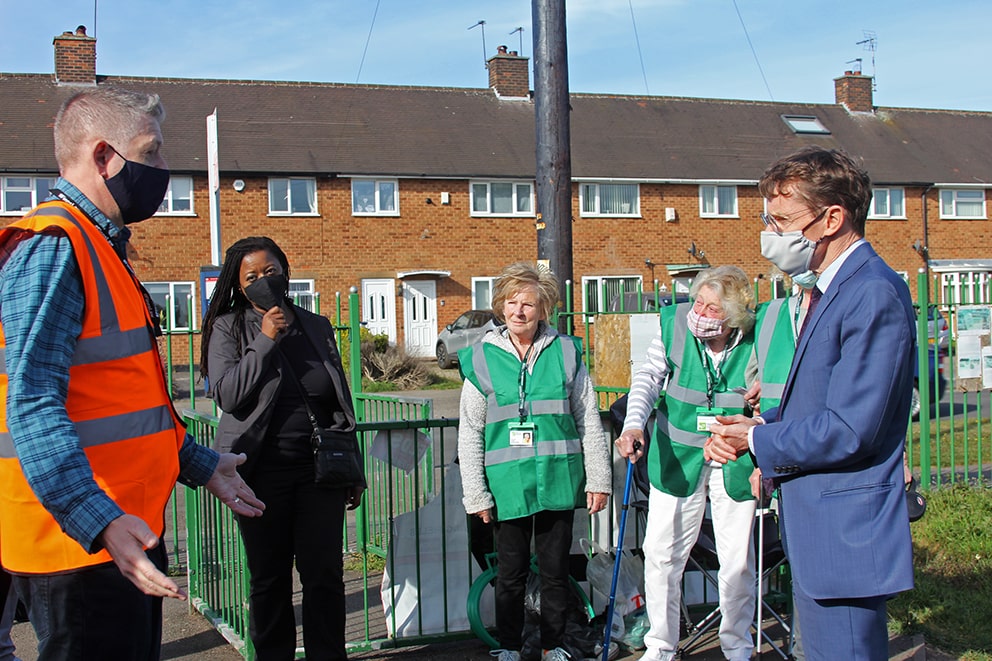 “Across the region we are campaigning to save green belt but also green spaces, they are our green lungs.

“Housing in Erdington is quite dense and we’ve learnt in Covid how important green spaces are for our mental and physical health.”

He added: “Long before the election I supported the campaign to save Short Heath Playing Fields. I have visited the site before and I am in regular contact with Stephen Hughes from the campaign.”

The decision to build homes on the former school playing fields will be made by Birmingham City Council’s planning committee – but the West Midlands Combined Authority can prepare and recommend alternative brownfield sites for development.

Mr Street said: “I can make sure we prepare the brownfield sites we’ve got for development and there are funds from the combined authority available for this. So, I can make the alternatives happen because there is no denying we need more homes in the city.”

He added: “Ultimately it is a Birmingham City Council decision which I cannot directly influence but I can give voluble support to the campaigners – so those who will decide its future will know what the community want.

“Everyone in the community must shout to make their voice heard over this issue and they can make a difference.”

Stephen Hughes, from Short Heath Fields Trust, thanked Mr Street for his support and described how the campaign, which began last summer, had galvanised the community.

He said: “I know how passionate Mr Street is about saving green spaces and knowing he is backing our campaign, and willing to come and see what we are doing down here, is really important for us.

“We have a lot of exciting plans and the community is right behind us.” 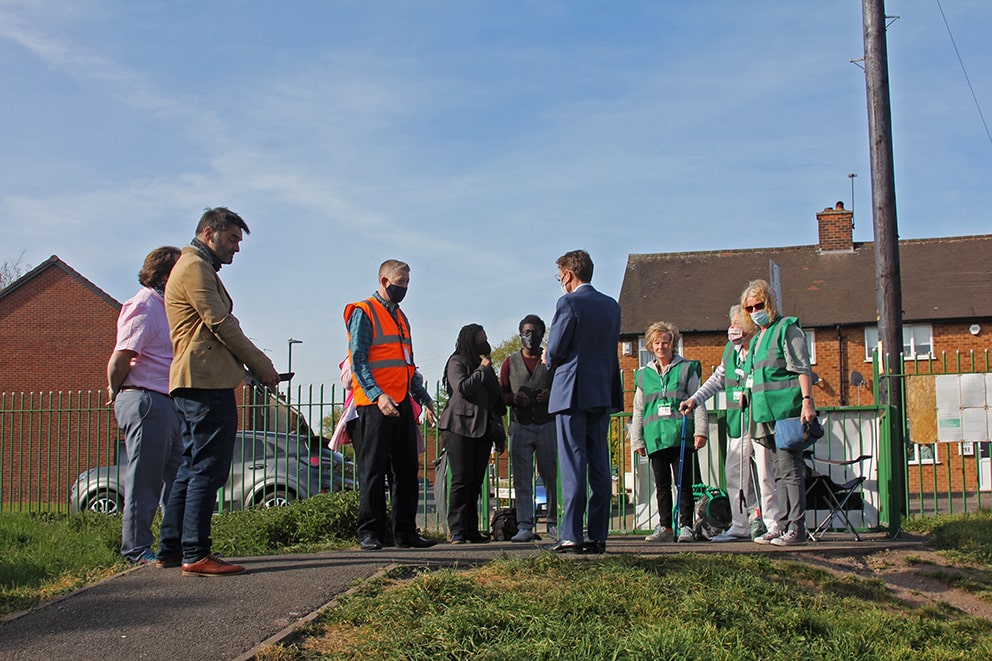 Short Heath ‘Womble’ Sheila Appleby, aged 79, picks up litter seven days a week from the playing fields – along with other local residents as the ‘Short Heath Wombles’.

Upset over the Council’s plans for the beloved local green space, which Shelia and the other ‘Wombles’ rely on for exercise, she gave Mr Street a hand written letter explaining why losing the playing fields would break her heart.

Shelia wrote: “Our children need this place so they will not play in the roads or sit in all day on their X-boxes. So, hands off our green space – even the late Prince Philip saw the need for playing fields, so does Prince William.

“Once green spaces are gone they are gone forever.”

VOTING FOR BOTH THE WEST MIDLANDS MAYOR AND POLICE & CRIMES COMMISIONER TAKES PLACE ON 6 MAY 2021 – to register to vote visit: www.gov.uk/register-to-vote

For more on elections and voting from Birmingham City Council visit: www.birmingham.gov.uk/info/20097/elections_and_voting