Erdington Academy has been given the go-ahead to increase the number of its pupils from 900 to 1,200 after Birmingham City Council agreed to inject nearly £6.8 million into the school. 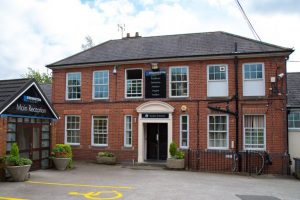 The Kingsbury Road secondary school will be refurbished and a brand new two story teaching block will be built on site – with work beginning next month and completed by Christmas 2021.

Birmingham City Council’s cabinet approved the £6,825,463 capital investment after a report from Dr Tim O’Neill, Director for Education and Skills, which said the authority had “a statutory duty to ensure that there are sufficient pupil places.”

The near £7m bill will be paid for from the Department for Education (DfE) Basic Need Grant and School Condition Grant.

However, consequential revenue costs arising from additional places including additional staffing, utility costs and any on-going day to day repair and maintenance will be the responsibility of Erdington Academy.

Balfour Beatty has been chosen as the construction partner for the scheme and ground is set to be broken at the school on November 23. 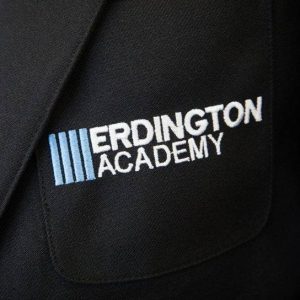 She said: “We have a duty to ensure that sufficient school places are available in our city.

“Erdington Academy currently has 900 pupils, and the proposal is to expand two forms of entry to 1,200 places for pupils aged 11 to 16 years old.

“There’s been a slight delay with planning, so it will be heard toward the end of September and once secured we will be able to carry on with completion of the work.”

Erdington Academy (formerly Kingsbury School and Sports College) converted to an Academy within the Fairfax Multi Academy Trust (FMAT) in 2016.

To find out more about Erdington Academy visit www.erdingtonacademy.bham.sch.uk

There have been a lot of words used to describe the coronavirus crisis. But when it comes to education, one stands out. Uncertainty. 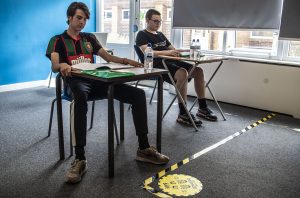 Out of all the public sectors, withstanding healthcare professionals fighting on the pandemic’s frontline, education has been one of the most affected by lockdown restrictions – with staff and students alike having to embrace dramatic changes.

But whilst ‘uncertainty’ is ever present across all year groups, thanks to COVID-19, those in transition are amongst both the most talked about – with Year 11 students preparing for further education under the biggest question mark of their young lives.

“The thought of going to college is still ‘a big one’, for me personally,” explains Archie Walters – who has left his leavers BBQ to sit and talk to Erdington Local in a now physically distanced classroom. “But at the same time it isn’t massive, because I’ve got an older brother who is eighteen and in his second year of college – and seeing him do it has made me realise that I can do it as well.”

“I’ve had quite regular communication and emails from, and to, teachers,” tells Callum Kimberley – who is also leaving Dovedale this year to go into further education, “checking up on me and seeing if I’m alright.

“Regarding how they prepare me for collage, one teacher did all that before lockdown… Miss Connor. She helped me a lot. When we went to Sutton (Collage) and we went into one of the classrooms for a lesson, she was more worried about that than me. She was like, ‘ah, you’ve really made me proud…” 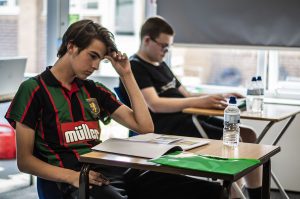 Part of the James Brindley Academy, the Dovedale Centre is ‘a 81 placement provision for pupils with a diagnosis of Autism Spectrum Conditions (ASC)’ – teaching Key Stages 2, 3 and 4, preparing the older children for the next stage in their educational journey.

With a cohort that require a more tailored approach to teaching than those in mainstream schools, Dovedale’s students could be suffering the most during lockdown. But for Archie and Callum, at least, the experience has been surprisingly straightforward.

“One of the reasons for that, is because in this school…” begins Archie, “it makes you feel like you’re important because they (teaching staff) will take their time, to give you emotional support wherever you need. And that’s partly, in my opinion, what makes the relationships between pupils and teachers here as good as they are. Because they’re willing to make the time.”

Quick to mirror the feelings, Callum continues: “Yeah, we have very good relationships… we have different ‘go to’ teachers. It’s basically ones with similar interests and there’s just loads to talk about – to be honest, quite a lot of pupils and teachers get along really well here…” 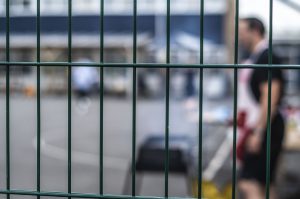 As robust as any 15-16 year old you might want to meet, Archie and Callum head back out into the schoolyard – soaking up the last few hours with the people who have been so important to them over the past few years. But the students are only one side of a school, and life under lockdown has also been a shift for the staff at Dovedale.

“At the start is was quite challenging,” tells Mr Ellery, a Teaching Assistant and Pastoral Worker with the Year 11 cohort, “it was difficult imagining being away from them in such an important year… and ending it almost halfway though.

“Usually they come to us for the answers – you’ve been through this before sir, how did you cope with it? But no one’s been through this (COVID-19) in their lifetimes and we can’t predict how long this is going to go on.” Concerns that are peppering society, but more acutely when it comes to education.

But like the world of work now entrenched in Zoom meetings, digital technology has helped Dovedale function during lockdown – using interactive online platforms, staff have been able to maintain a semblance of the status quo with their students. 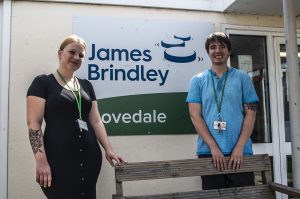 “We were able to get a group of kids together in a weekly Skype call,” continues Mr Ellery, “getting them talking to each other – encouraging them that, in a time like this, the best support comes from your friends and family, as well as your teachers.”

But Year 11 has its own challenges, not least of which is the transition from secondary to further education – a difficult time for any student, let alone a young person living with autism.

“A lot of what we would have done in physical face to face meetings, has just taken place over the phone or virtually – via Microsoft Teams,” explains Ms Lowe, a Special Educational Needs Coordinator and English Teacher who works with Year 11 at Dovedale.

“A lot of colleges have been great in providing virtual support as well,” continues Ms Lowe. “We’ve got one young person whose college has given them six weeks – half a day every week, for the last six weeks – where they’ve had a virtual tour of the college. They’ve met their tutors already; they’ve already been introduced to the people in their class. So, that’s really great.”

But necessity is often the other of invention, and the digital platforms that began as an interim measure are now being looked at as an unexpected silver lining – especially when dealing with students who can find social situations more of a challenge. 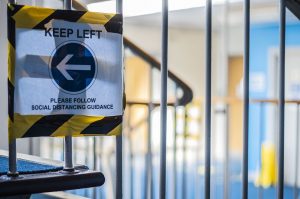 “In my role as SENCO, it’s given me food for thought for some of our young people who’ve got real anxiety about coming to school in the first place,” adds Ms Lowe. “We’ve now got the tools and the knowledge and the skills to be able to still give them the education they’ve got the right to.”

“A lot of them present themselves quite confidently, but they’ve got these deep rooted anxieties,” explains Mr Ellery. “But today, when I asked about their thought process about college, each one of them have said ‘I’m actually looking forward to it. I’m anxious about it starting, but I’m looking forward to it.”

“This experience,” continues Miss Lowe, “it’s forced them to transfer the skills they’ve learned in school into their own personal life. Coming back after the lockdown, they are so much more mature. Their resilience has been overwhelming. They’ve been amazing.”

The strength of the relationships between students and teaching staff at Dovedale is palpable, mirrored in the words and actions of both. It’s the first thing everyone mentions when asked about school life.

But at the top of the hill you get the broadest view, and Dovedale is a community of students, staff, but also the parents and carers of the children that attend. 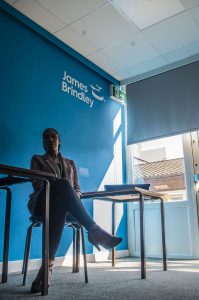 “We started looking at what do parents want? What’s the need?” explains Charmaine Parry, Centre Leader at Dovedale.

“Surveys were then put out to all our parents,” continues Ms Parry, “to find out what do they want? And not only do they want us to be open, but with what sort of provisions. What can we do to support them as parents? And to get our young people transitioning slowly back into the school system.

“So, we went through that process, gathered the data, and then as a team – with the attendance officer, Pastoral managers, SENCO – we spoke to every parent. We said, look, tell me what you want. We’ve done the survey. We’ve got an idea. But now as an individual, you tell me, what do you need?”

One of the widespread concerns, in the media at least, has been physical distancing – clouded by doubt over whether young people would stick to the guidelines in school. At Dovedale, however, this hasn’t seemed to be a problem.

“To start off with, we looked at the size of the classrooms – so we could work out how many pupils we could have realistically in school,” tells Ms Parry. “Then we did all the markings. The one way flow system, that was all put in place as well – having to come in through reception, go down the corridor, up the back end ,up the stairs, to come down the front, we put all that in place.

Surrounded by black and yellow can create a sense of safety, but also of urgency – how did the children at Dovedale respond? “There’s been a huge change,” admits Ms Parry, “but the minute they came in, they saw that they could understand it. It was very clear. The signs are really clear.” 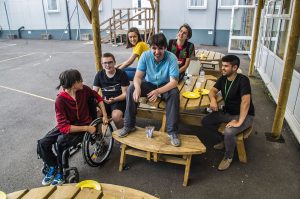 But how about the parents and carers? “I think the parents are probably being a little bit more anxious,” continues Ms Parry. “But I’ve had emails from parents saying that they are now happy to send their child to school after hearing from other parents – telling how well it’s planned, the structure that’s in place for them, the one way system, and the social distancing. And that means a lot.

“We’re doing our best to make sure that staff and children are kept safe in school. And everyone’s adhering to that. Everyone understands the guidelines.”

So, despite understandable concerns, it seems life under lockdown at Dovedale has not made a drama out of a crisis.

And whilst many questions remain, there is another word that would be appropriately applied to Dovedale. One that may not have been spoken in March, but as September approaches is growing in both suitability and strength.