Castle Vale could see over a hundred new homes being built on the old Greenwood Academy site, after a deal has been struck between Lovell Partnerships, The Pioneer Group, and Birmingham Municipal Housing Trust (BMHT) – Birmingham City Council’s housebuilding arm. 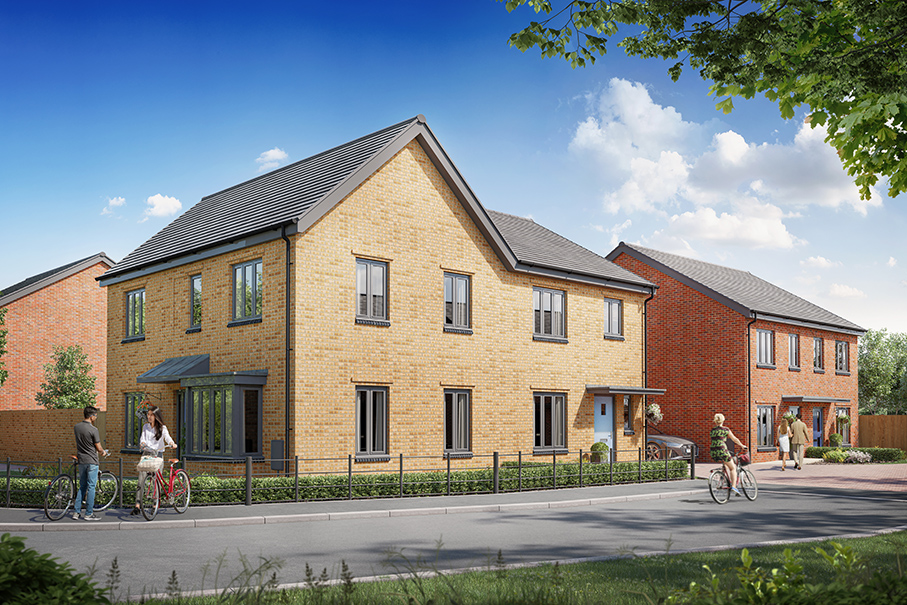 The new housing development, to be called The Point, will see 123 new homes on the Vale, with over 50% being earmarked for social housing and subsidised rentals.

Lovell Partnership will be looking to build 59 two, three, and four bed homes for sale on the open market.

Tenants in The Pioneer Group properties will benefit from affordable rents, with rates set at 20% below current market rent levels.

The Pioneer Group’s homes will include ten 1-bedroom apartments, eight 2-bedroom houses and six 3-bedroom houses. These properties will be allocated to CVCH applicants from its waiting list.

For more information on CVCH allocation scheme and a link to the application form click here.

Greenwood Academy (previously Castle Vale School) opened the doors of its new school building on Farnborough Road on 13 March 2018, with an official ceremony attended by the late MP for Erdington Jack Dromey.

The previous building was sanctioned for demolition, with a tender put out by Birmingham City Council stating the ‘estimated value of the works is in the region of £400,000 to £600,000’. 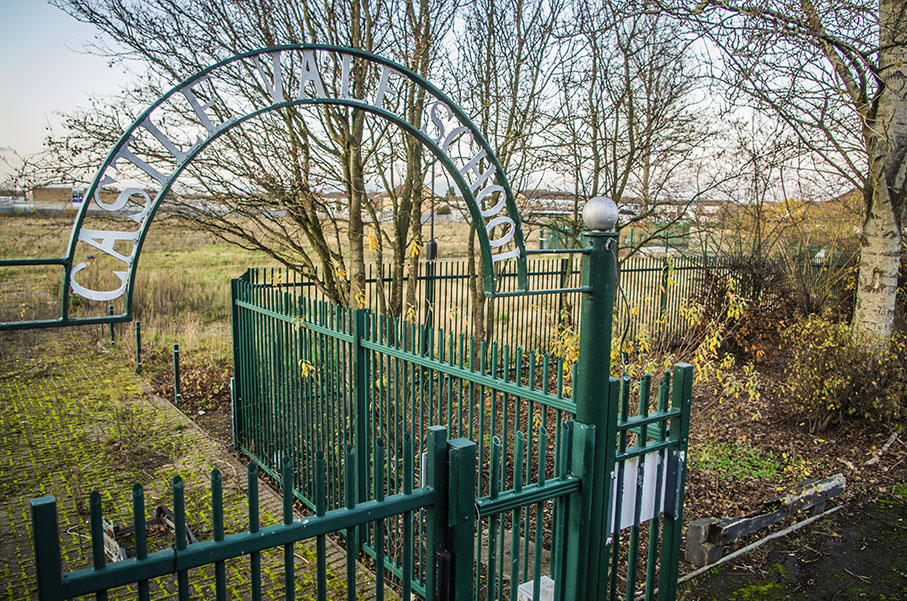 The work tendered included ‘safe demolition and site clearance’, but the site itself has stayed undeveloped for over four years – with previous concerns over infrastructure and access.

With a deal now agreed between Lovell Partnerships, BMHT, and The Pioneer Group, Castle Vale could soon be welcoming over a hundred new families on to the North Birmingham estate.

“This exciting new development at Farnborough Road supports our strategic aim to close the gap in the shortage of high quality and affordable housing in a high-demand area.

“The homes will be on the old Greenwood School site and the whole development will provide a range of rented and home ownership opportunities for local residents. This is a great example of working together with the City Council and Lovells to deliver opportunities in the Vale.” 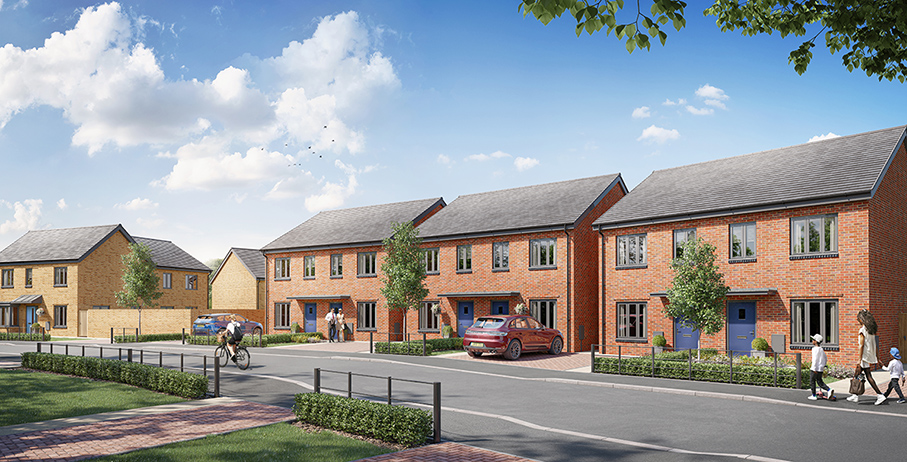 With a population of over 20,000, Castle Vale has been a hotbed of housing and regeneration since becoming one of the UK’s first Housing Action Trusts in April 1993.

Lovell Partnerships have previously delivered over 230 new build homes on a site adjacent to Farnborough Road.

“We have a strong history of work in Castle Vale and the wider Birmingham area which spans more than a decade and look forward to developing this former school site into much-needed, homes, both for the open market and affordable tenures.

“This development is yet another example of our expertise in bringing brownfield sites back into use.

“This particular location has a really interesting history, and the development will pay homage to the past while also looking to the future.”

Erdington has been named as one of the ‘best places to live’ in Birmingham by several of the UK’s national estate agents and property agencies. 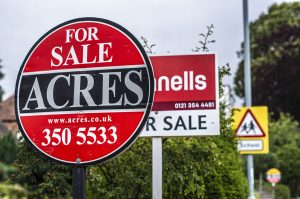 Beating more affluent areas such as Moseley, Harborne, and even neighbouring Sutton Coldfield, ‘Erdington should be on the radar of every savvy investor’ – according to the property investment company, Seven Capital.

As the housing market is re-opened, following the coronavirus lockdown, estate agents across the country have been evaluating the best places for new homeowners or first time buyers.

Ranked No2 on Seven Capital’s list of ‘The Best Places to Live in Birmingham’,  sandwiched between Digbeth (No1) and Edgbaston (No3), the industry accolade went on to reference Erdington’s ‘vibrant High Street, as well 280 local businesses’ – before concluding ‘it’s no wonder that continued growth is forecast for the area.’

Reallymoving.com also featured Erdington as a top contender in their ‘Best places to buy property in Birmingham’ research – published by the leading property consultant in July 2019. 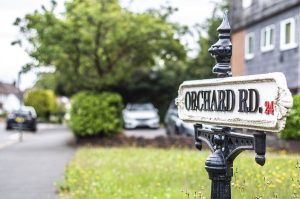 Positioned at No2 on the website’s Top 5 across Birmingham – one place below Moseley, and ahead of Digbeth, Edgbaston, and Sutton Coldfield – Erdington was heralded as ‘a good option for those on a tight budget’ due to local amenities and proximity to Birmingham City Centre.

First Mortgage, the ‘UK’s top rated mortgage broker’ with 22 regional branches across the country, went on to reference Erdington as ‘one of the best places to live in and around Birmingham’ with ‘a rich past dating back to the 9th century.’

And in a more modern context, Erdington was voted No5 on Zoopla’s ‘Top 10 Hipster Hotspots across Britain’ – in a table of 10 locations, ranked by property value growth. But in a more recent evaluation of the property market, Zoopla went on to state the ‘average price for property in Erdington stood at £155,009 in July 2020… a fall of 0.59% in the last three months (since April 2020) and fall of 10.26% since 12 months ago.’

But home is more often where the heart is. “We moved here about 5 ½ years ago,” tells Maria Rooney, who left Moseley to live in Erdington, “we were having our first child and wanted a beautiful home and garden. After viewing a house on Somerset Road we put in an offer immediately. Years later, I’m so happy we moved. Our street has such a fabulous community vibe – just what we were after.” 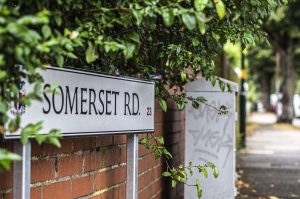 “I was born in Hagley,” adds Tim Scarth, who lives on Orchard Road with his family, “but moved over to Erdington when I met my now wife.

“Erdington is a great place for our children – the schools are good, there’s a mix of cultures and backgrounds to educate and influence them. There are loads of parks and play areas. Plus, it’s easily connected by walking or cycling.

“I wouldn’t want to live anywhere else. I wouldn’t mind a few more good pubs and restaurants though… and a bike shop wouldn’t go amiss.”

For more up to date information from Zoolpa on properties in Erdington, visit www.zoopla.co.uk/for-sale/property/erdington