Lampstands, sofas and surprise appearances from family pets – the new performance stages for musicians as they stay at home during the COVID-19 pandemic. 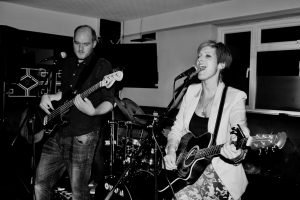 Requesting songs from Alexa or re-runs of Glastonbury just aren’t the same as the live-spirit that comes from a craftsman with their tool – a musician and their instrument.

Musicians want to keep the ‘food of love’ in constant supply, and live-streaming is helping feed the community.

Erdington Local caught up with three Erdington based musicians to see how their lives have changed since lockdown.

When she’s not in high profile business meetings or adventuring around Asia, Jo Baldwin (37) is usually gigging 4 times a week with her band The Jo Baldwin Project (JPB).  From pubs, bars and functions of all kinds, Jo’s weekends are often enthralling and exhausting. The JBP tend to perform rock and pop covers from the 1980s-present, and Jo singing for 3 hours with only short breaks.

“Music has done wonders for my mental health” she says, her beaming, proud smile almost audible over the phone. Jo openly reminds audiences that she went through a dark time and that music was her constant companion. 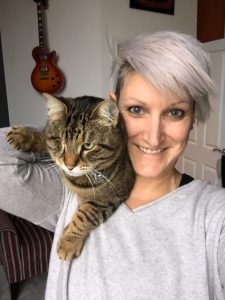 Now she’s at home, she has found time for her three true loves: her black Labrador, Josie, her one-eyed Turkish cat, Emre, and her music. Her pets are enjoying the attention, and she’s always assured an attentive audience of two whilst in lockdown. Jo has taken to live-streaming regularly, and self-isolation has meant she has found time to work on her own original songs – and the band are finding it good fun working remotely.

But this is not enough to keep Jo occupied. She’s working from home as the key account manager for a pharmaceutical company and she’s gone the extra mile with her company’s “voluntary redeployment position” – she delivers medicine to patients, and she finds it a humbling experience. “Patients are telling me how happy they are. One was over the moon he didn’t have to catch two buses to the clinic.”

The next few weeks of self-isolation for Jo look positive. Sunshine and dog-walks, time for beloved music and to work on her album. She’s also now“into Tik Tok.”

For some, music is their full-time job. In the Chancellor’s speech on the 26th March, Rishi Sunak said:

“I know that many self-employed people are deeply anxious about the support available for them. Musicians and sound engineers; plumbers and … through no fault of their own, risk losing their livelihoods.”

Perhaps this will have assuaged musician’s fears? 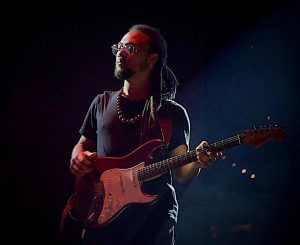 One such full-time muso is Reuben Reynolds (29), who before the lockdown, was in demand by schools and bands around the country. He spent his professional time teaching in Leicester and Brixton.

Like Jo, his weekends were dominated by gigs – he tends to back R&B artists, pop artists, gospel bands, and it’s not uncommon for him to be performing for 100s if not 1000s of people at concert venues.

So, what has Reuben been up to?

“I’ve been sleeping a lot more,” he proudly states over the phone. The odd hours musicians have to work – not just the gigs and the teaching, but rehearsals and preparing material, can often dominate their lives.

“I’ve found more time for study and rehearsal, as well as working on some recordings.”

Rueben has always used social media to share his beautiful music and advertise his incredible and varied guitar abilities, and he thinks “it’s important to share and connect” with people. 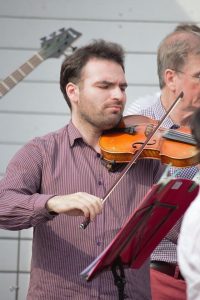 He seems pretty relaxed about his earnings, too: “I’ve been enjoying the lockdown!” he laughs, “initially, we’re just looking at the next few months wondering where the income is going to come from. But the Government seem to have plans in place.”

He explains that one of his schools are preparing for lessons on Zoom so they can continue to teach students following the Easter break, so he hasn’t escaped work completely.

It’s difficult to predict when this lockdown will end, but Reuben, like many musicians, would be devastated if the country is still in lockdown in August – prime festival season.

It’s saddening to hear of all the postponed-weddings and funerals with so few people attending, wakes are not an option. That also means putting the kibosh on musicians like Edwin Podolski (24) from Kraków, who now lives in Erdington.

He’s a violinist/violist who graduated from the Birmingham Conservatoire. He was in huge demand in orchestras, quartets and string-related music groups – and all bookings for his regular groups such as MAKK and Bollywood Strings have been cancelled or postponed. He was especially looking forward to a big concert in London this April, where he was top of the bill.

The lockdown has allowed Edwin to develop his creative side, arranging English folk tunes for string duo.

He’s been trying to teach his private students over Zoom, but he’s not a fan, “it’s so frustrating. The delay, the bad sound”. No replacement for real life! 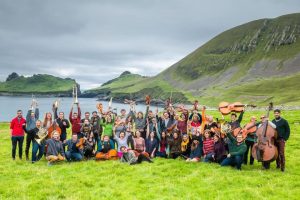 Edwin’s been rather excited to find more time for exercise. Before lockdown, Edwin would attend a Muay Thai boxing group, although it’s difficult to train without a partner.

There are so many other people who work in the arts and rely on face-to-face business, as well as people who consume it and make these interactions part of their routine. Erdington MP, Jack Dromey has said: “after food and medicine, isolation will be the big issue – and I want the Arts to play a big role in it.”

All these musicians and art-types may yet have a role to play in the weeks to come. Music plays such an important role in human culture, and these Erdington musicians won’t let a pandemic stop them from creating art.