Erdington local, David Owen, has been a star player when it comes to community response to the COVID-19 lockdown – which has left many residents housebound and anxious about how they’re going to access food and supplies.

David (37), who works as a Data Analyst for National Express, leapt into action after seeing a post on Facebook calling for volunteers – as part of the ‘Erdington local community response to COVID19’ group set up by another Erdington resident, Jo Bull.

The Facebook group currently has over 600 members and has become a de facto hub for those seeking or offering support to the Erdington community during the coronavirus crisis. And thanks to the efforts of David and Jo, as well as their team of nearly 60 active volunteers, they’ve already helped over 200 people.

Erdington Local contacted David to find out more about the man nicknamed ‘Mr. Erdington’, and how he’s getting on.

“I feel like a kid with his finger in the dam, to be honest,” admits David, “but we’re doing well, and our volunteers are doing an amazing job”. Given the uncertainty around how long the coronavirus lockdown could last, let alone the pandemic, it’s not surprising he feels apprehensive.

At the time of writing, the Erdington local community response to COVID19 Facebook group has 57 volunteers – all members of the community who just want to help. Each evening, David posts an update to the group and gives special thanks to his ‘Angels of the Day’; whether it’s collecting hundreds of sandwiches or delivering a single bottle of Calpol, these volunteers are going that extra mile to perform small miracles of community-spirit when people need each other the most. 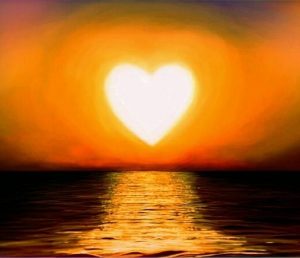 David also has fronted £200 of his own money to ensure everyone, even those who can’t afford much, don’t go without. “I’m not too concerned about the money at the moment,” tells David, “we can sort that out after, but right now people need food and that’s more important” – although he wishes he had more money to cover all of the volunteer’s expenses, even though they haven’t asked for any compensation.

All of the volunteers pay for the groceries out of their own pockets and give the receipts to David so he can transfer the money back to their bank accounts, a system that also works as a deterrent for those who would try to take advantage.

“We’ve had a few chancers, but not many. And once they know I’ll be checking their details and that everything we do is cashless, they don’t respond, ” David takes safeguarding seriously after reports from other parts of the city that vulnerable people have been defrauded by those pretending to be volunteers. “I know a lot of people in the area already, and you get a feel for who the dodgy ones are. But honestly, we haven’t had to deal with anything like that,” and whilst he doesn’t have the means to perform DBS checks, David does the best he can to ensure the group’s volunteers are who they say they are by verifying their addresses and identities via the electoral roll. 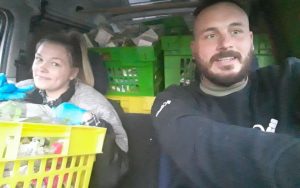 David and his volunteers are even happy to make shopping trips multiple times a week for the same individual, if needed. “I do have to tell people that we’re not going to do a weekly shop,” explains David, “they have to limit it to three days’ worth of supplies, and not £90 weekly shops, otherwise we wouldn’t be able to carry on.”

The Active Wellbeing Society, who have been appointed by Birmingham City Council to help coordinate and distribute food supplies across the city, are also supporting David and his efforts – which he says has helped manage the increasing demand and need from the community: “TAWS have been brilliant, they have loads of food from across the city and they’ve got people prepping and packing hot meals and we deliver them.”

“I’ve always been rubbish at being idle,” David responds when asked what inspired him to get involved, “and I’m a big believer in community spirit, especially in Erdington.” He’s no stranger to rallying for a cause either, having campaigned and fundraised for the Erdington Rugby Club. It was brought back from extinction through David’s efforts and the generosity of the local community, going from strength to strength, even replacing the changing rooms with a donated double-decker bus (nicknamed Rugger) kitted out with showers.

But the biggest surprise for David has been discovering how many organisations work in Erdington to support the community, “I’ve never really been exposed to these kinds of organisations because I’m all about the rugby club, but it’s really reassuring to know that they’re out there trying to make a difference.”

He’s also been touched by how quickly he and the other volunteers have built relationships with the people they support, “it’s lovely, we’ll call ahead to let them know we’re on the way with their shopping so they can pick it up from the doorstep, and when we get there they’ll be in the window with a big grin, giving us all a wave.”

David’s also got big plans for when the lockdown is over, “I’m going to throw a big party for all of the volunteers and for everyone we’ve supported. All of us have made friends that we didn’t have before, and I want to celebrate that and the community-spirt that I always knew Erdington had. I don’t want us to go back to being strangers.”

To visit the Erdington local community response to COVID19 Facebook group, where you ask for help and support during the coronavirus crisis – or offer your services as a volunteer, visit www.facebook.com/groups/625073991557017

Alternatively, you can get in touch with Erdington Local via phone or email and we will forward on your details to David Owen and the the Erdington local community response to COVID-19 Facebook group.