Director of the NOT NORMAL NOT OK campaign, which challenges sexual violence within the music industry, Ed King explores the difficult first reactions to a victim’s cry for help – and the importance to see beyond them. 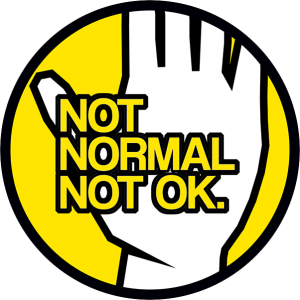 I want you to remember if, at any point, you smiled.

Now I want you to go into the street and tell the first person you meet, a stranger. Tell them everything.

Now I want you to do the same for your worst sexual experience.

This is an exercise in empathy I saw the Birmingham based Rape & Sexual Violence Project (RSVP) organisation deliver, to a group of venue operators and licensees at a South Side Pub Watch meeting. It was a ‘tough crowd’, fidgeting through a hot afternoon and a meeting they were obligated to attend. But this stopped the room. This made us think. Can you imagine actually doing that…?

The idea is to put yourself in the position of a victim of sexual assault – to better understand what they would have to go through just to report what had happened to them. Just to start a criminal investigation, to hold a rapist to account, to get justice. To stop it happening again. 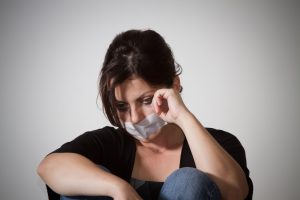 It gets worse for victim too, this is only the first step – next is a line of cross examination to see if they would be a viable voice in court, with all the clichés and rebuttals that circle cases of sexual violence like patriarchal vultures.

Did you lead them on? Did you know them? Did you act like you wanted sex? Were you drinking? Were you high? Was your clothing too sexy? Did you laugh at their jokes? Did you actually say the word ‘no’…?

But the RSVP exercise has stuck with me as a powerful way to put yourself in this terrible situation, even by proxy, and to encourage even if only a thin line of understanding – something that can clarify the pain and process a victim of sexual violence will have to go through when they report what happened to them. Just in reporting it. Not the violence. Just the admin around it.

This pub watch meeting was nearly two years ago now, but the exercise came back into my head recently after I saw someone shout rape on social media – receiving a rather immediate and short sighted response, calling for ‘evidence’, from a prominent member of the local music scene.

Now this is not an attack on anyone for involved in this conversation, debate and open discussion is healthy. And there is a side of me that says fair enough, evidence is important. Crucial in a courtroom. As a journalist reporting on anything, not just cases of sexual violence, I would be screaming “facts, figures, and cross referencing,” into my laptop.

Also, to be falsely accused of sexual violence must be a terrible experience – it does happen, you can’t and shouldn’t say it doesn’t. People of all genders and identification, of all ages, of all strata in society, are capable of lies. 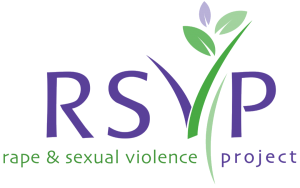 But the bigger problem – the much more serious, pressing, and pertinent issue – are all the cases of rape, sexual assault, violence, cohesion, abuse, and manipulation that never get reported. With all the sexual aggressors that continue to normalise their heinous actions because the victim is too scared, too wounded, too vulnerable or unsupported to go through the reporting process.

People of all genders and identification, of all ages, of all strata in society, are capable of causing pain too.

Being involved in the NOT NORMAL NOT OK campaign has been, and remains to be, a significant learning curve for me – there was a point when I may have been the one calling for something to back up someone’s claim. Although I would like to think I would have done this at a later stage, off social media, and only if it was relevant for me to do so (i.e. not challenging someone who I didn’t know about something I was not privy to).

Plus, working with RSVP and the sexual violence and modern slavery team at West Midlands Police has helped me shape my understanding – something not everyone gets the chance to experience.

But the first step to take around cases of sexual violence is relatively simple.

Listening empowers people to recall and recant the most hideous of experiences, and to find strength to do it clearly – explaining the facts, figures, and ‘evidence’ that someone at the appropriate stage will be looking for.

The point of right and wrong, of truth and lies, is a few steps down the line. And we’re only at the first – you rarely know the veracity of what anybody is telling you, about anything, from an opening statement. You certainly don’t know it from a post on social media.

Walking into this conversation immediately asking for proof will not help someone to deliver information, to explain the situation – it will only help silence them and countless other victims who need support and who need to be heard.

So, again, listen. Start there. Don’t shut someone down because you don’t want to hear what they have to say, or because you hold crossed fingers that it will turn out to be untrue.

And if it helps, use the RSVP exercise – put yourself in the position of someone who has experienced sexual violence and has found the strength to talk about. To speak out. To challenge it. To seek help and to seek help for others.

And if you are still stuck, ask yourself this – if you were sexually assaulted, or raped, and you finally found the courage to tell someone about it…

What would you want their first response to be?

Ed King is the campaign director for NOT NORMAL NOT OK, challenging sexual violence in the music industry – from dance floor to dressing room, everyone deserves a safe place to play. For more on NOT NORMAL NOT OK, visit www.notnormalnotok.com