You’d be forgiven for immediately thinking of Royston Vasey, with all the menacing euphemisms and dusty shelves from the League of Gentlemen’s local shop. For local people. Of course. 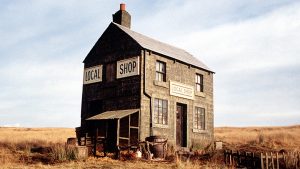 Yet there’s a truth behind the dark humour, a wonder in civic pride – albeit one cruelly distorted, as Tubbs and Edward murder workmen and deliver the most macabre of toilet humour. But as the residents of the fictional and isolated town profess, and what is mirrored by many of us less sinister residents in less sinister suburbs, they are proud to be local.

And I am proud to be the editor of a local newspaper.

I am proud to be let into the lives, hopes, and ambitions of people who live and work on the same streets that I do.

I am proud to be local. The name of our newspaper is no accident.

And I’m not the only one. In our midst we have national journalists who have come back to Birmingham to report on the areas they’ve grew up in and around – and won awards whilst doing so.

We have internationally touring creatives on our team, who return to the postcode of their birth to rest their head after every Polish folk festival or Salzburg concert hall. 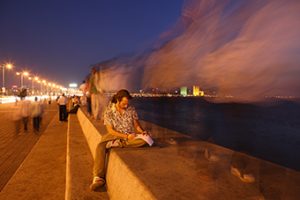 We have writers who live abroad but pen content about our small corner of the world, and who do it with love – if even from afar.

There is an argument that such focused loyalty could turn into hyper-local jingoism, in the wrong hands. Pride can dangerous too. But whilst the roots of our efforts are embedded in celebrating and challenging what is on our immediate doorstep, everyone is welcome to the conversation. We never exclude. Local is not only a birth right, it can be delivered through open arms and a morning “hello” to your neighbour. All you have to do is care.

I’ve seen other Birmingham media feature stories from across the pond, for example – and how relevant is North American clickbait to the people of this city? Or clickbait from London, for that matter. Or Manchester.

It is also worth noting that the ‘largest’ newspaper in our city sells around 15,000 copies of each issue. As of 2020, the population of the West Midlands was recorded as being over two and half million – with over a million living in Birmingham. Now how does that work…?

This is where we come in. Since the pre-sedition days of the Grub Street press to the advent of Facebook groups with a place name in the title, local news matters. And the wider the gap left by our peers, then the more reason and necessity there is for us to do what we do. Which is a job, challenge, and opportunity we relish. And one we’d do regardless.

So… wavy dream sequence… back to the dark stone, moors, and pursed pipped repression of the TV show that started this article. And don’t get me wrong, that’s the riskiest piece of Kendal Mint Cake you’re ever likely to buy.

But to be local is a good thing.

To love your area is a great thing.

And to be part of the collective voice – one that rises from the community you live in and one that celebrates and challenges the issues that affect the streets you live on – is a precious thing. It is something to cherish and something to be proud of.

This is a local newspaper, for local people. I’m a local editor. And, as I stated nearer the start of this article, I’m proud of that too.