During a visit to Short Heath Playing Fields on Saturday 11 December, West Midlands Mayor Andy Street urged campaigners to “keep lobbying, to keep making their voice heard” – as the battle to save the beloved parkland continues. 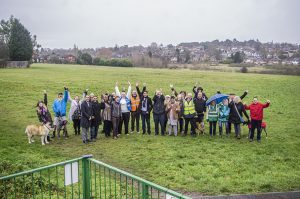 Short Heath Playing Fields had been earmarked for a new housing estate of potentially over 84 three to five bedroom homes, to help support the city’s social housing agenda.

But in a recent surprise U-turn, Birmingham City Council deemed the site unviable and gave the green space back to the Education Department.

Andy Street had previously visited local residents fighting to ‘Save Short Heath Playing Fields’ in April this year, returning on Saturday to congratulate the campaigners – but also to warn against a possible private sale.

Despite a welcome win for Short Heath Fields Trust (SHFT), the formalised group fighting save the playing fields, the Council’s shift could mean the parkland is now sold on the commercial market. 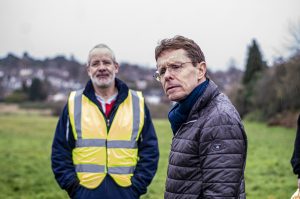 A previous statement from Birmingham City Council explained if the land was not developed by the city: “the options are limited and stark…

“With the current demand for land by house developers, it is anticipated that the land would be sold relatively soon to a private developer.”

An advocate of building on brownfield over greenfield sites, Mr Street explained:

“The first thing to say is that it’s really good news that their (Council) own plans for development are not going ahead, and the campaigners deserve huge credit for getting a change of heart there. But then I would say there is still another campaign to be run to make sure it doesn’t get sold off for development. 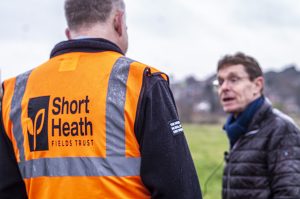 “So, what I hope will happen is that it moves into the Parks Department and can then be developed, as the team on the ground here have said, as a facility for the community. I hope that the Council will still see that is the right thing to do.

“(Now campaigners should) keep lobbying, to keep making their voice heard – particularly as this is the year of elections in Birmingham so it’s really important. I think we’ve already seen the power; the power of a community voice is really symbolic. 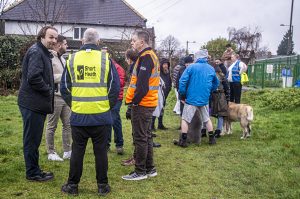 Erdington Ward councillor Robert Alden opposed the development on Short Heath Playing Fields when it was first identified in the Birmingham Development Plan.

“This is a great first victory, but it is very much only the beginning, not the end.

“There’s a long battle ahead – residents have been brilliant at coming together and now it’s really clear the Council need to move this into the Parks Department rather than the Education Department, guarantee it won’t be sold, and allow the residents here to take ownership of this site and put it into use just like the local community wants.

“It’s been absolutely brilliant to see the way people have come together; you look at some of the events, like the Halloween Trail they had, the Sports Day in the summer, the clean ups being organised by the local community. 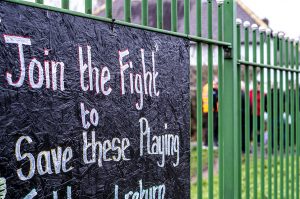 “This is exactly what Erdington and North Birmingham are about – a community coming together to stand up for what they believe in.”

Having grown from a Facebook campaign to an official lobbying body, the local residents that make up Short Heath Fields Trust (SHFT) are celebratory of the Council’s recent decision – but mirror the concern of the West Midlands Mayor and Erdington Ward Councillor.

Stephen Hughes from SHFT told: “(I am) extremely proud of my community, to see them today… it’s emotional, it’s always emotional. But it’s important that they’re still behind us, they’re still 100% backing everything we do.

“And moving forward that’s going to be crucial, because we want to make sure this (the playing fields) remain a green space and doesn’t become anything other than that.” 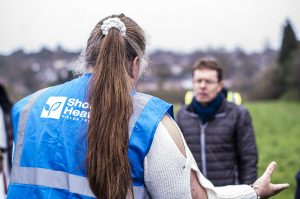 Also from SHFT, Estelle Murphy added: “I’m nervously hopeful; nervous that the Council won’t listen to us and give us the time to explore the opportunity for sport here, hopeful that they will.

“(The community are) very pleased we’ve got though the first part of the battle. They’re hoping that we’re going to keep on, which we will. We won’t back down. We’ll be there until the bitter end.

“There are no houses on here yet.”

Short Heath Fields Trust are continuing to explore uses for the playing fields, following on from previous community events organised there – alongside a focus on sport, health and wellbeing.