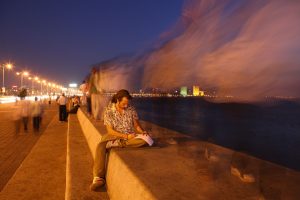 Supporting the text are a series of original images from Birmingham based photographer Paul Ward, who recently won the ‘Fashion Photographer’ category at the British Photography Awards 2020.

Exploring the might and majesty of India, whilst following the roots of British imperialism, Snapshots of Mumbai is ‘a love letter’ to the modern day megacity – published in both hardback and paperback editions by Review Publishing, joint owners of Erdington Local.

The 204 page coffee table book is an anthology of essays and interviews from Mumbai – starting with ‘South City’, a walking tour through the history of this sprawling modern metropolis. 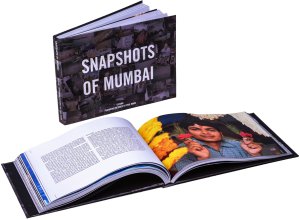 ‘Places Behind’ goes deeper under the surface of prominent areas in Mumbai, such as Dhobi Ghats – the world’s largest outdoor laundromat, and Dharavi – Asia’s biggest slum where the film Slumdog Millionaire was set.

Whilst ‘Interviews’ sees Ed King talk directly to of people about their first-hand experiences of living and working in Mumbai.

Featured in the chapter are Saami – a street hawker who works and lives on the streets of Colaba, and Ashwin Merchant – Deputy Director of the Swiss Business Hub, who had to help Mumbai police identify bodies after the 2008 terror attacks, and Naresh Fernandes – a prominent Mumbai based journalist and writer, who was editor of Time Out Mumbai when interviewed. 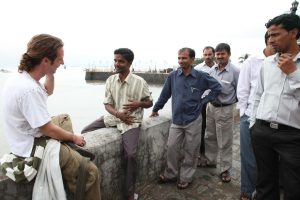 ‘The Gallery’, the final chapter in Snapshot of Mumbai, showcases a special series of twelve photographs from the project by Paul Ward – which have already been on display as standalone exhibitions at both Wolverhampton Art Gallery and Bilston Art Gallery.

Written for audiences who may or may not know the city, Snapshots of Mumbai is also ‘a reminder’ of Britain’s colonial legacy in South Asia – introducing today’s readers to the ‘forgotten history’ of the British Raj.

The first of five books that will follow Britain’s involvement with India – from the trade of the East India Company to the military occupation enforced by the British Crown – the Snapshots of… series will further cover Kochi, Chennai, Kolkata, and Kashmir. 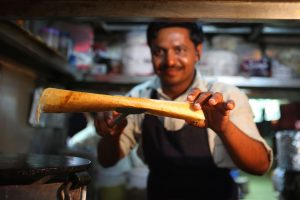 Ed King was born in Britain and works in Erdington, but has a longstanding relationship with India – having covered music events across the country for a number of UK titles.

Although it was his own ignorance of the history between the two countries that spurred him to write Snapshots of Mumbai.

“The term ‘Empire’ was never taught in my history lessons,” tells Ed King, “it was a left to fade behind tales of the League of Nations and other heroic feathers in caps.

“But the legacy of British India has shaped both countries, tied them together – and it’s becoming part of the world’s conveniently forgotten history. 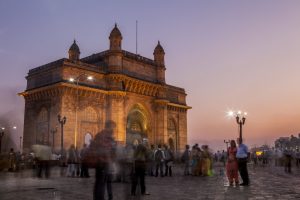 “I wrote Snapshots of Mumbai because I wanted to learn about the relationship between Britain and India myself. Something I hoped to pass on in an engaging narrative surrounded by beautiful pictures – thank you Paul Ward.

“This book is not an accusation of ignorance; I want the book to be enjoyed. It is, quite simply, a love letter to the city – an exploration of Mumbai.

“But we should hold on to history and know how the world was formed by our grandparents, our great grandparent’s, and those that came before. It is a frightening and absurd chapter to forget. There’s still an audience for truth.”

Ed King interviewed about Snapshots of Mumbai – filmed at Oikos Café, as part of the Erdington Arts Forum ‘Evening of Creativity’

Snapshots of Mumbai is available in’ both hardback and paperback editions from Saturday 15th August, release by Review Publishing.

For more on Snapshots of Mumbai, including links to online sales, visit www.reviewpublishing.net/snapshots-of-mumbai