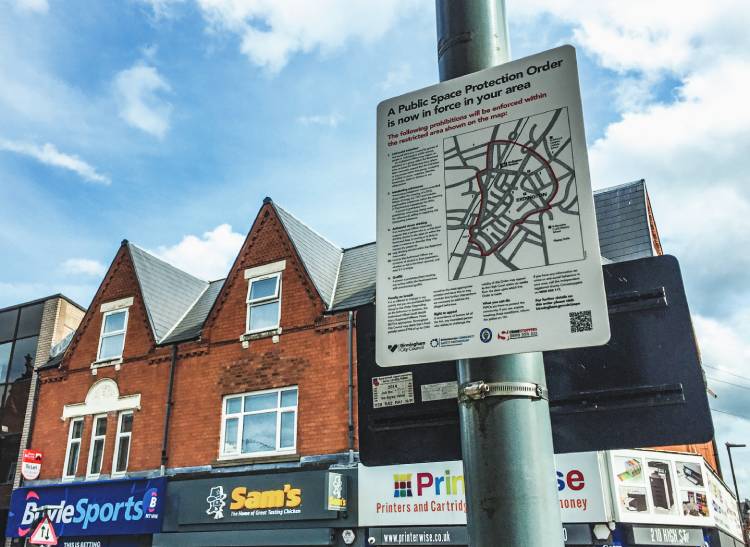 Following a combined effort from the Erdington Business Improvement District (BID), Erdington Ward Councillors Robert Alden and Gareth Moore, and members of the North Local Partnership Delivery Group (LPDG) – working alongside West Midlands Police and Birmingham City Council – Erdington’s PSPO was finally approved and back in operation from Monday, 16 May.

Brought in under the Anti-social Behaviour, Crime and Policing Act 2014, a PSPO allows local police teams to forcibly remove anyone from the ‘Restricted Area’ they suspect are intoxicated, behaving aggressively, or causing problems for other people – without an official crime being reported.

Starting on the corner of Oakfield and Wood End Road, the PSPO for Erdington covers from Orchard Road and across Sutton New Road – encompassing Abbey Catholic Primary School and Highclare School – then back up Summer Road to Six Ways Island and Erdington High Street.

With the previous PSPO running out in 2018, many residents, businesses, and constituency stakeholders have been championing to have it reinstated. 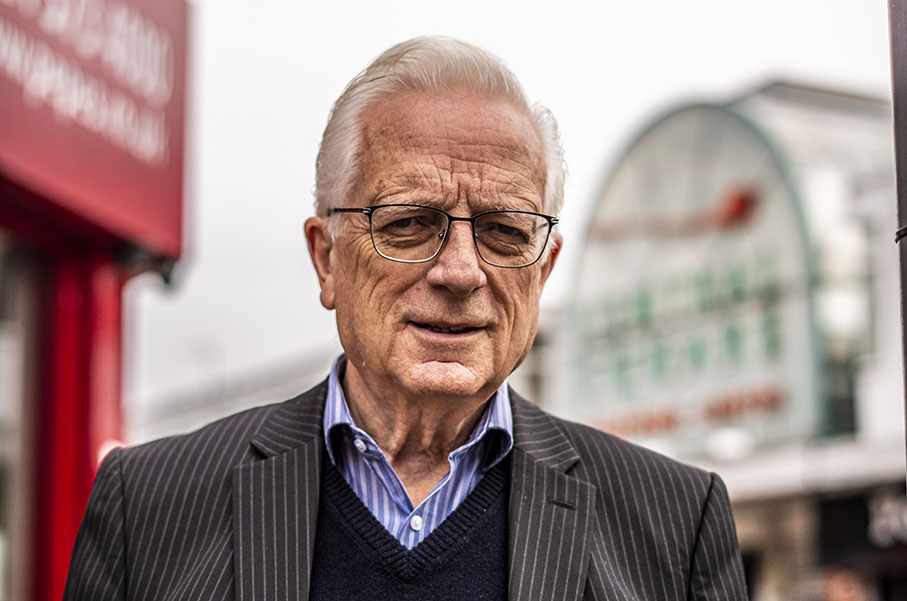 The latest application being submitted in December 2021, following a period where objections against the order could be heard.

But despite seeming to be a unified ambition, there have historically been some objections against the PSPO in Erdington which stymied the process of reinstating the order.

“There’s a few stories about why it hasn’t been renewed. One is that someone objected on the grounds that the PSPO included beggars, and there was an objection against the human rights of beggars – because initially the order included the removal of beggars off the High Street.

Policing across the West Midlands has been slashed since 2010, with the regionwide budget losing £175m over the last 12 years. Over 2200 police officers have been lost, including around half of all officers allocated to neighbourhood and community policing. 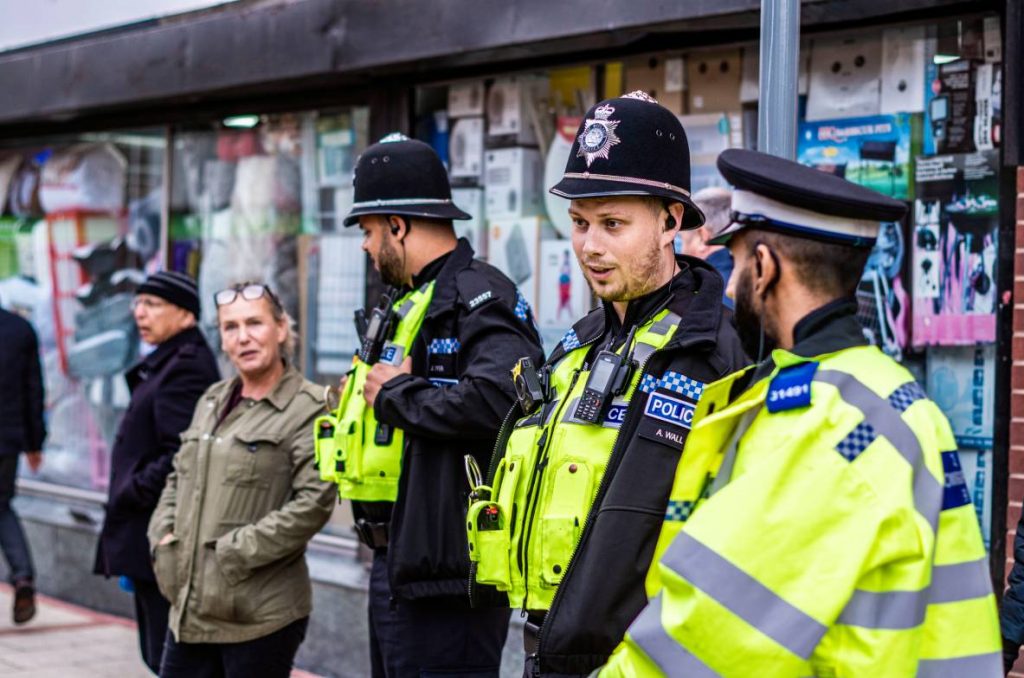 With policing resources stretched and response teams taking priority, many have felt the PSPO would give much needed support to those officers still patrolling Erdington High Street.

However, even after the PSPO was passed at the end of 2021 the order still required Birmingham City Council to install signage before it could be enforced – which took nearly another six months.

“We’re disappointed it has taken as long as this to get the signage up and training in place – for the zone to be enforceable it requires signs to go up on lampposts and training to be provided by the police, which we needed to get the Council to implement.

“But it’s now really positive that everything’s in place, and Gareth (Moore) and I have been working with the Erdington BID and the police to make sure that got moving.

“Now the police can start enforcing it (the PSPO) and hopefully it will lead to a safer High Street for people to be able to enjoy spending their time and shopping on.”