Police responded to an incident near Erdington High Street at around midnight on Friday 6 January – cordoning off Fern Road from the corner of Church Road to Moor End Lane. 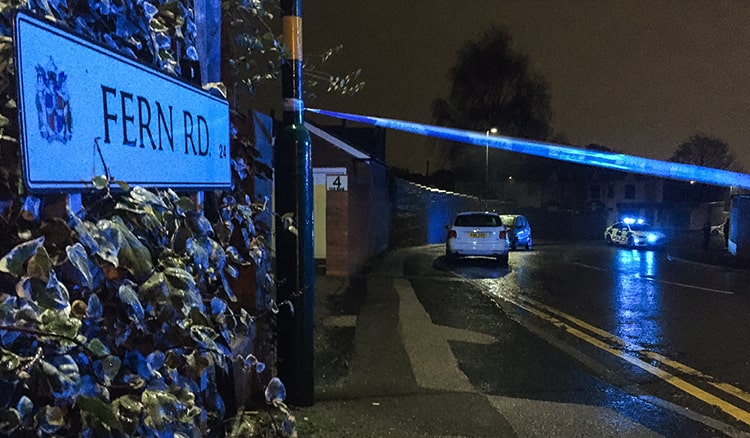 On the first weekend of the New Year, the first squad car was seen arriving by local residents at around 12am on Friday night/Saturday morning – parking on the corner of Church Road and Fern Road.

One officer was seen searching the surrounding bushes by flashlight, whilst another established police tape blocking off Fern Road to pedestrians and traffic from the entrances on Church Road and Moor End Lane.

A further two more squad cars were parked to prevent traffic from entering from Moor End Lane, with officers advising pedestrians on Church Road to cross over and walk on the opposite side of the street. 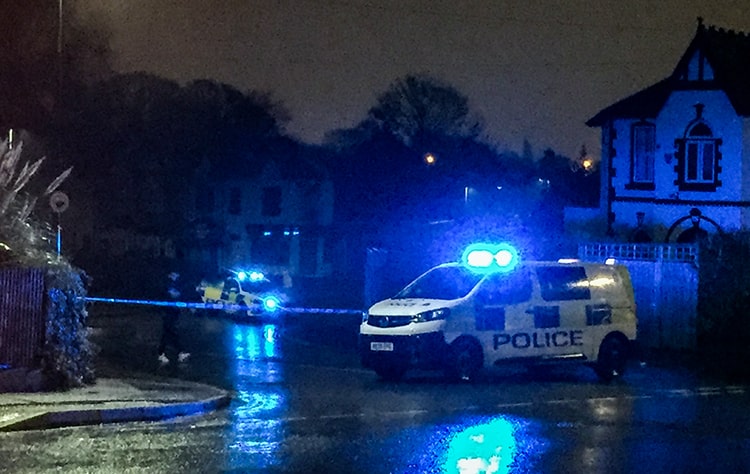 “You hear sirens and see blue lights all the time around here, being just off the High Street, but they don’t usually stop on Church Road. This time they did.

“I never heard any noise or fighting, and the first police car just sat on Fern Road for about quarter of an hour before anyone else turned up – it didn’t feel like a dangerous scene.

“But the roads were fully closed and the police were searching the front gardens nearby, so they must have been looking for something. Or someone.” 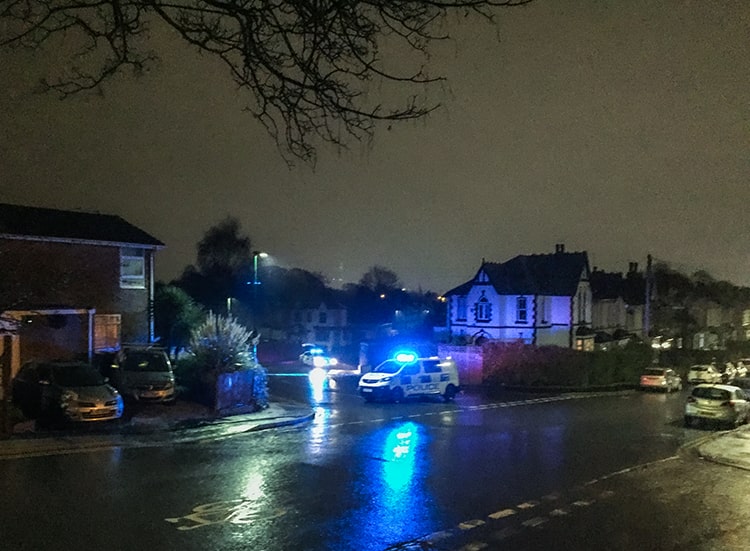 A police sniffer dog and handler were later seen coming out of one of the neighbouring gardens, then preceding to search more gardens down Church Road towards Spring Lane.

Officers were also seen knocking on doors of houses next to the crime scene. A further two squad cars were also positioned on the corner of Church Road and Deakin Road but were not preventing vehicle access.

One local resident, who had just come back from the Charlie Hall pub, was surprised to see blue lights flashing near his home. 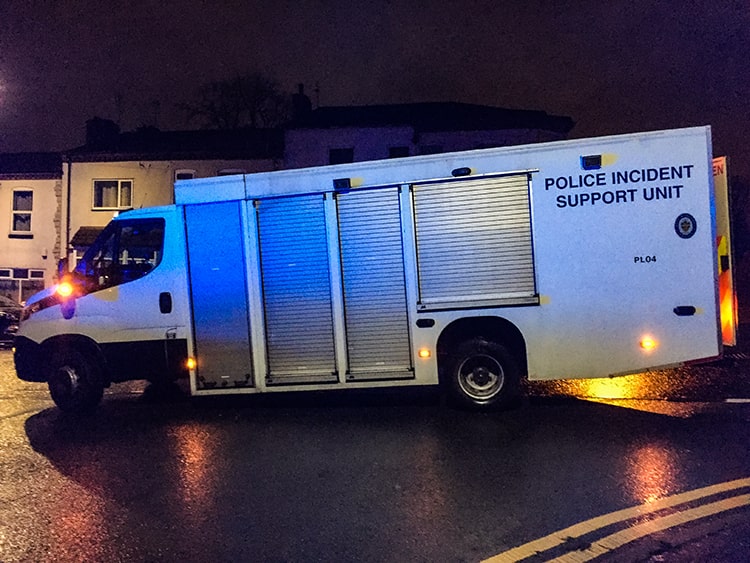 Whist another Church Road neighbour, who came out of her door opposite from the police cordon, told Erdington Local:

“I’m was just coming to see what was going on, we were worried for our neighbours.”

After nearly two hours of the road closure and ongoing investigation, a police incident van arrived and small triangular tents were erected in the middle of Fern Road, although it was confirmed to Erdington Local: “they are not for bodies.” 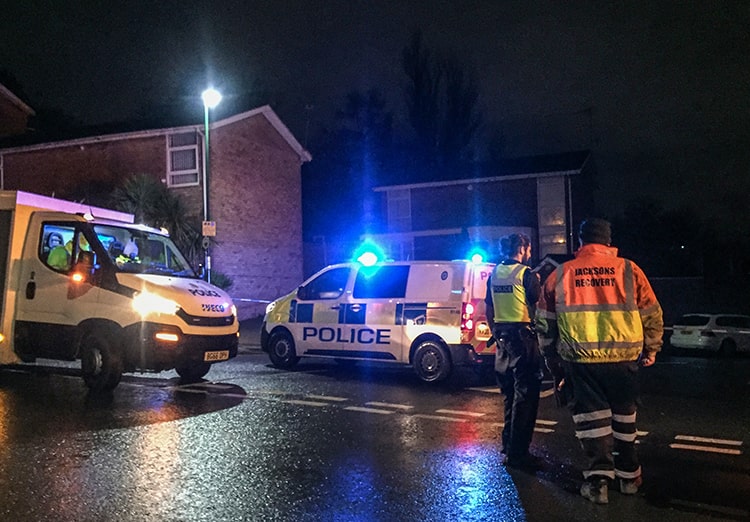 A passer-by also quizzed police at the scene, asking: “how bad is it down there (Fern Road)?”

A recovery vehicle arrived at the scene some minutes later, seemingly to remove at least one of the vehicles that appeared parked on Fern Road.

Police at the scene were not able to comment further on the incient or identify if there was any threat to public safety.

Video of police at scene, blocking off Fern Road

Video of small tents being erected on Fern Road