On Wednesday 7 July, more than 220 people braved torrential rain to protest against the closure of GKN‘s factory on Chester Road in Erdington. 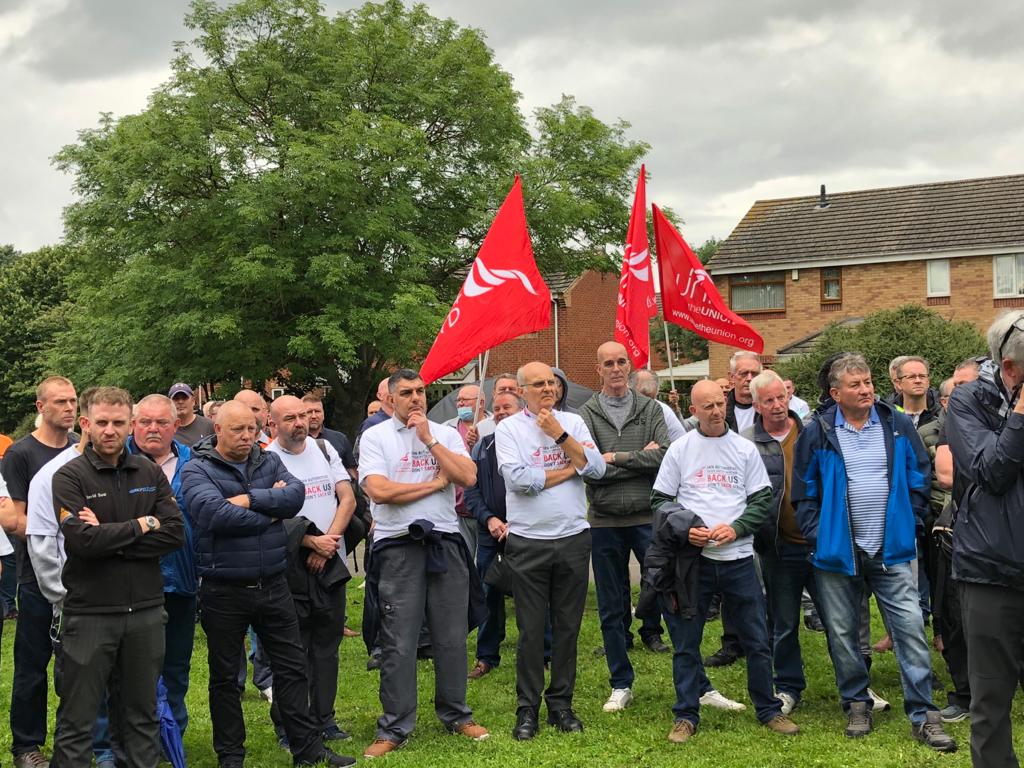 Unite the Union organised the protest in response to owners Melrose International’s announcement the sprawling plant would be closed next June with the loss of 519 jobs.

Workers have taken the first step to strike this summer and are expected to take a ballot on industrial action in the next few weeks.

Union representatives also protested outside Parliament in a bid to force the Government to back their alternative plan for the factory.

A defiant Frank Duffy, Unite Senior Rep, addressed the crowd at Sorrell Park, Pype Hayes, in the shadow of the giant factory.

He told Erdington Local: “We are not giving in. It does not make sense to close this factory, we have proved we can make a profit and we will do everything we can to stop Melrose. 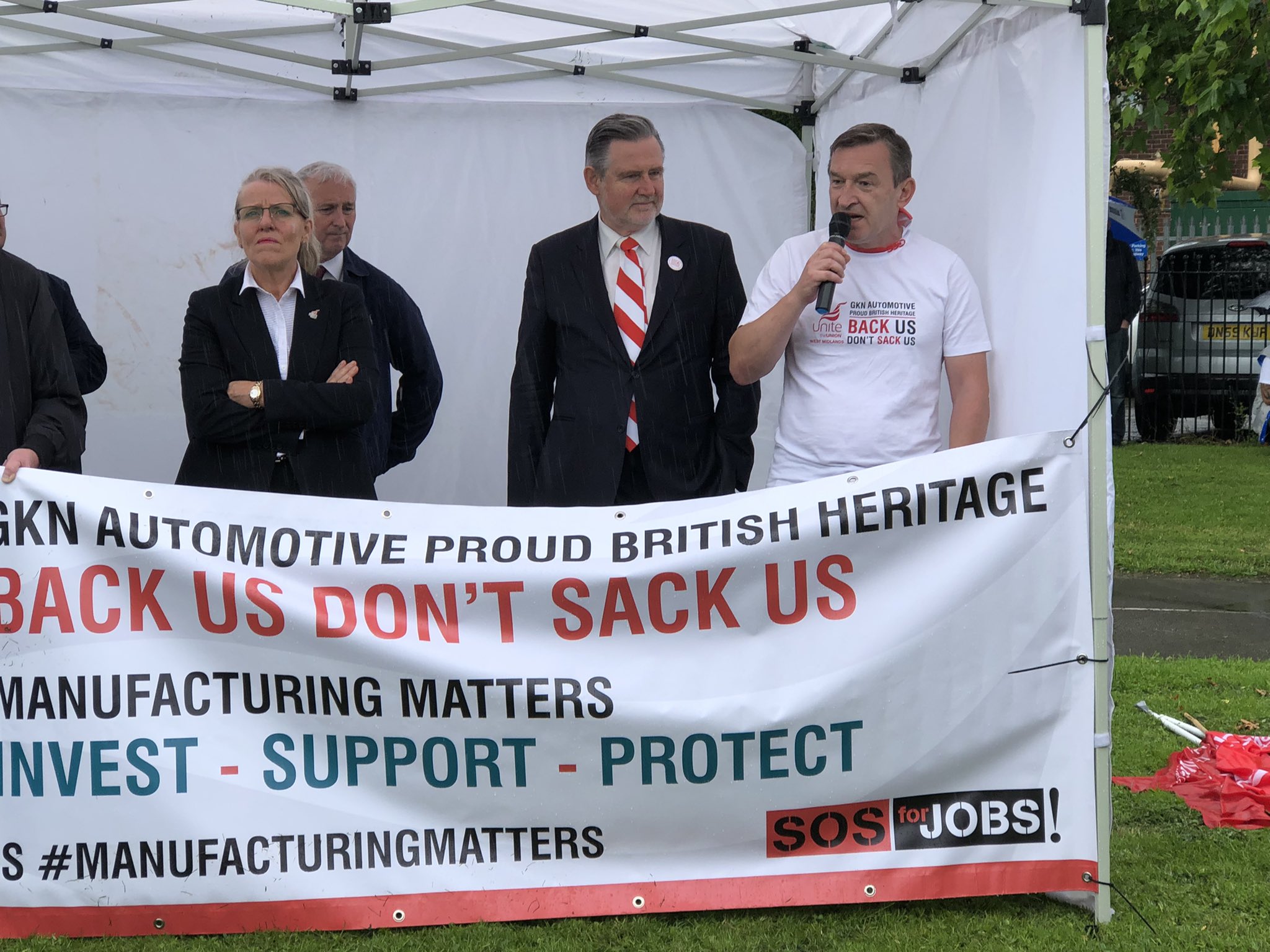 “They want to throw 519 loyal, skilled and dedicated workers on the scrapheap.

“Could you imagine a French or German multinational company shutting its only home plant and moving the work to elsewhere in Europe, there would be a national outcry.”

She said: “The protest demonstrated the strength of feeling among workers at GKN and the local community against the plans to close the factory.

“This is a highly viable factory which should be preparing to play a key strategic role in the move to electrify the UK’s automotive industry. Closing the factory would be an act of gross industrial vandalism.” 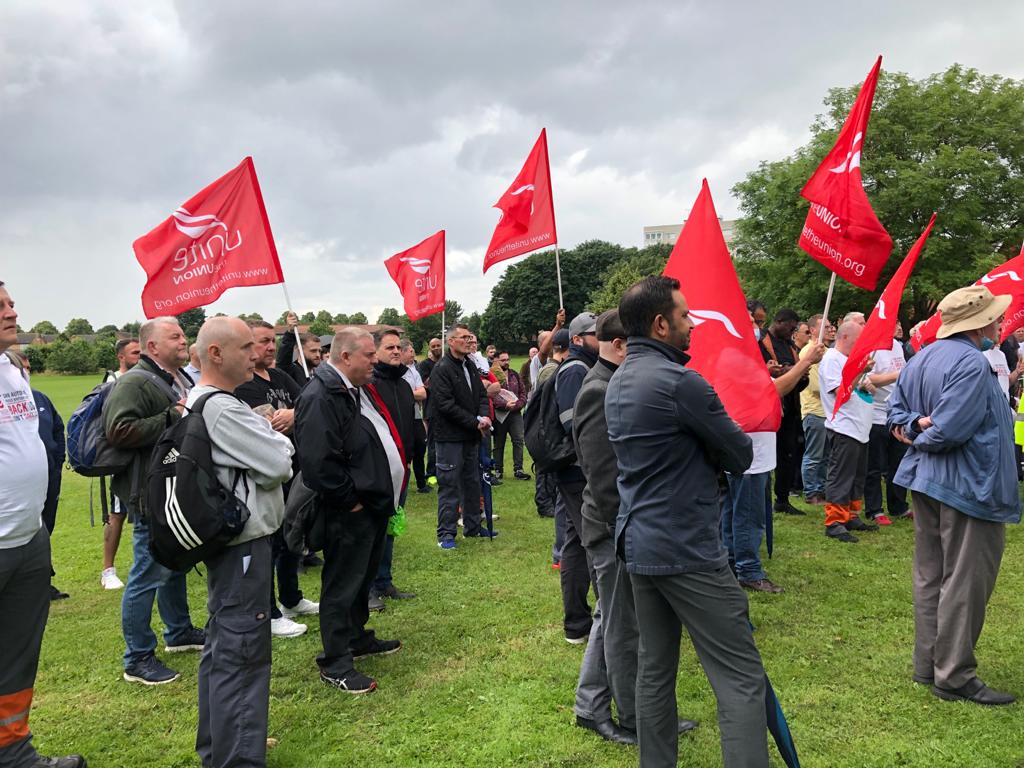 She added: “It is not just the workers at the factory who would be affected by the potential closure but hundreds of workers in the company’s supply chain and the local community would all  suffer job losses.

“It is essential that the government makes good on its promises to provide assistance and they work with Unite and local politicians to keep this factory open.”

He said: “What Melrose is doing to GKN is outrageous, I stand shoulder to shoulder with the workers in Erdington. If they decide to take industrial action then I will support them.”

Speaking at the rally, Birmingham City Council Leader Cllr Ian Ward had messages for both Melrose and the GKN workers facing unemployment. 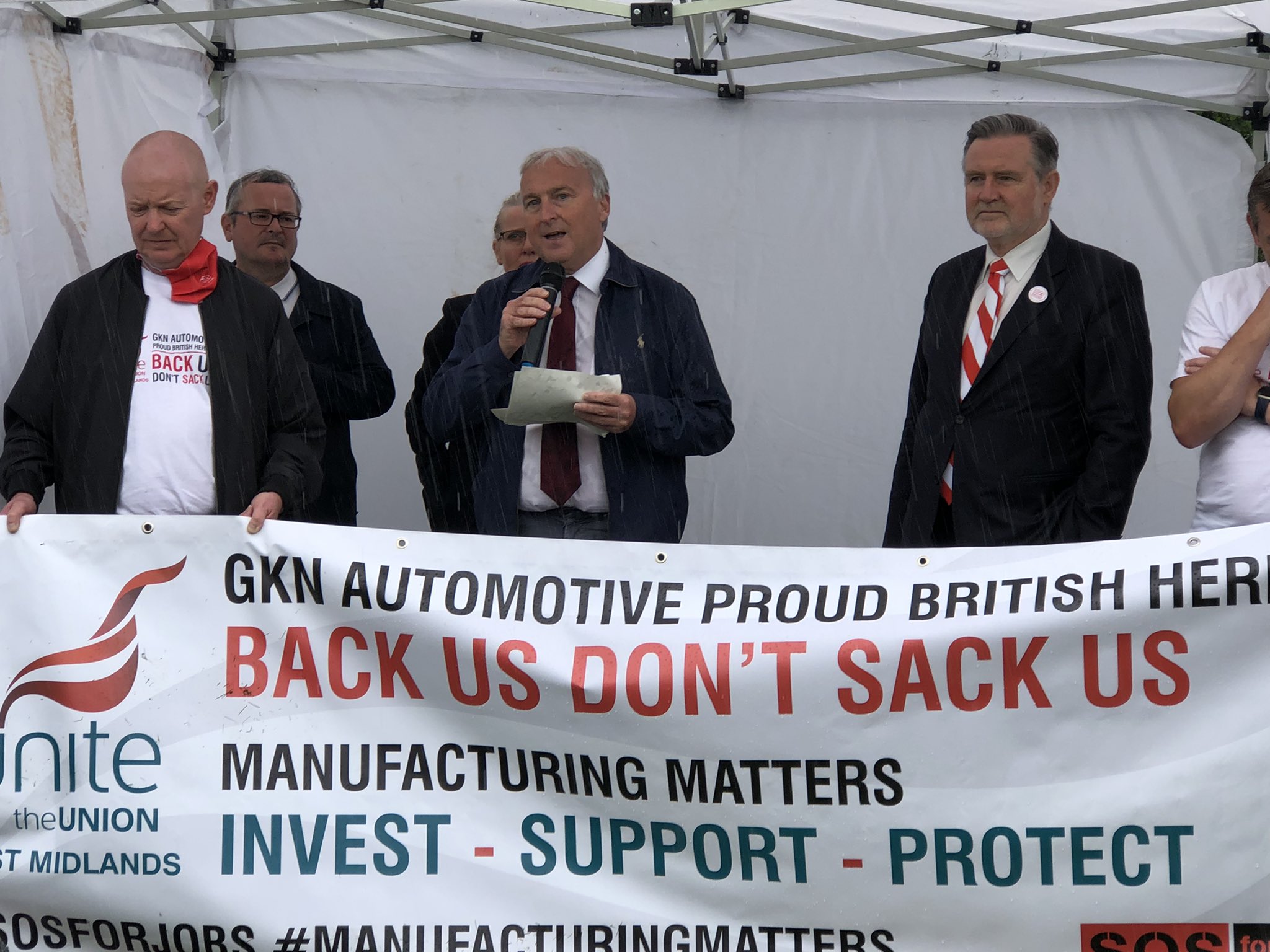 He said: “Step in now and work with the workers at GKN to save this plant. Anything less is simply a betrayal of the hard-working, loyal & dedicated workforce.

Despite the viability of the factory and potential massive Government backing Melrose still plan to relocate GKN operations from Chester Road to Poland.

“Regretfully, therefore, we are proceeding with our proposal to close the site. Supporting our people continues to be our priority.”