“A gentle but passionate man, who existed to change things for the better.” 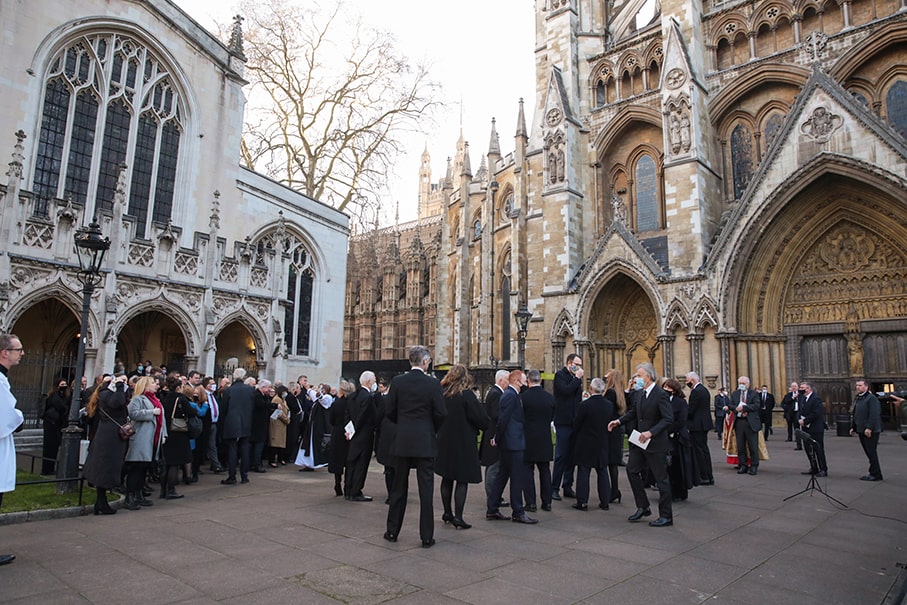 Braving the tail end winds of Storms Malik and Corrie, people from across the political divide joined Mr Dromey’s family, friends, colleagues, and constituents – with recognised faces from the halls of power, from Sir Keir Starmer to Jacob Rees-Mogg, in attendance.

Nestled into the 12th century church in the political heart of London, next to Westminster Abbey and the Houses of Parliament, a full house congregation came to pay their respects to the Brent born and Birmingham adopted Jack Dromey – a man who had spent a lifetime fighting injustice and inequality, first as a trade unionist and then an MP. 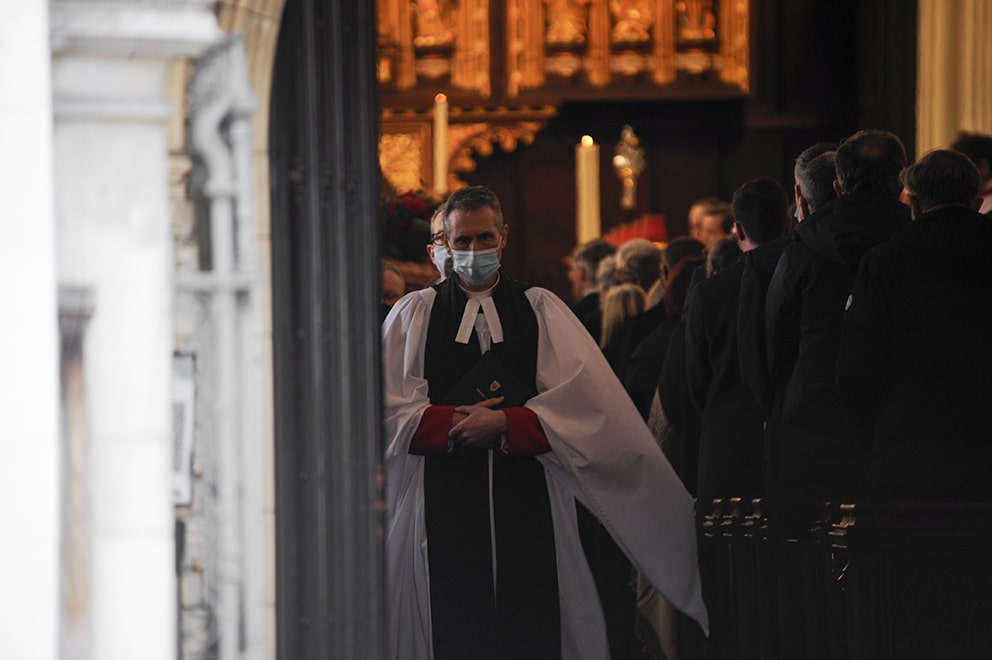 The service was conducted by The Venerable Patricia Hillas, the Chaplain to the Speaker of the House of Commons who was appointed by the Queen to serve as a Canon of Westminster in April 2021. Songs and hymns were sung by St Margaret’s Consort, conducted by Greg Morris.

Opening with selected passages from the Bible, including John11: 25-26 ‘I am the resurrection and the life…’, the Westminster priest began by remembering the “passionate and generous” man that had served as Erdington’s MP since 2010.

Hillas went on to talk about Jack Dromey’s “broad reach” and willingness to cross the boundaries of faith and politics if it was “for the good of all” – a sentiment that would be reiterated throughout the service. 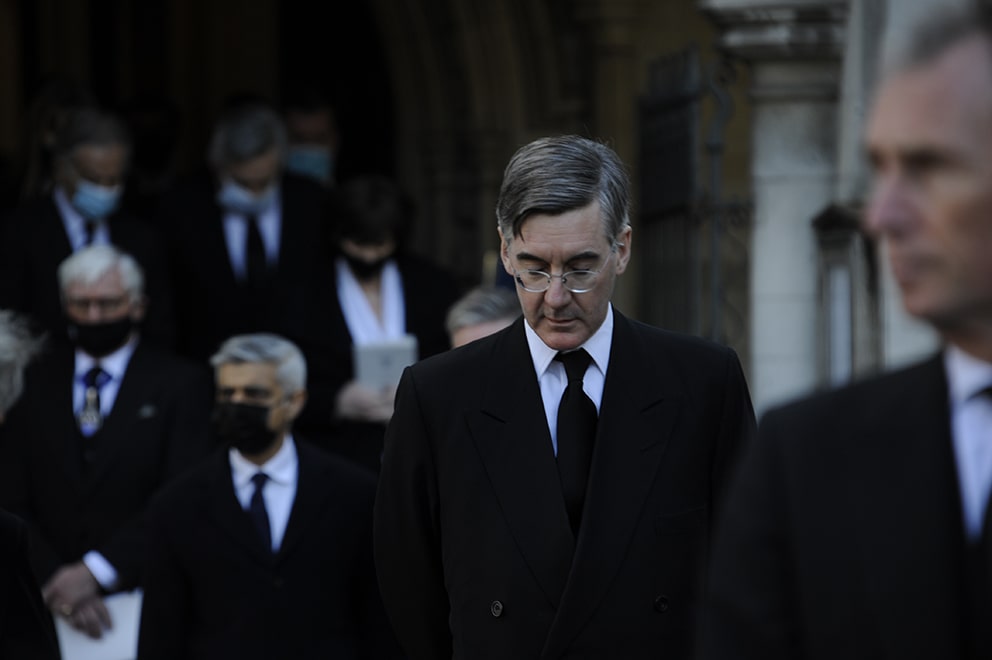 Following the opening hymn, ‘Abide with Me’, family memories were first offered by his son, Harry, remembering, with sadness and humour, his father’s love for his grandchildren and generosity – the long lockdown walks with his grandson, who would bounce back into the family home “as if he’d just been to Disneyland.”

Sir Tony Blair was the first of two former Prime Ministers to pay tribute to Jack Dromey, reading Isiah 58: 6-12, recalling the Lord’s cry to “share your bread with the hungry, and bring the homeless poor into your house,” – attributes reflecting the man today’s mourners have lost.

Jack’s daughter, Amy, then read passages from her mother’s book, A Woman’s Work’, talking about when the young solicitor and trade unionist first me – before telling of the positive impact her father had on her own life. 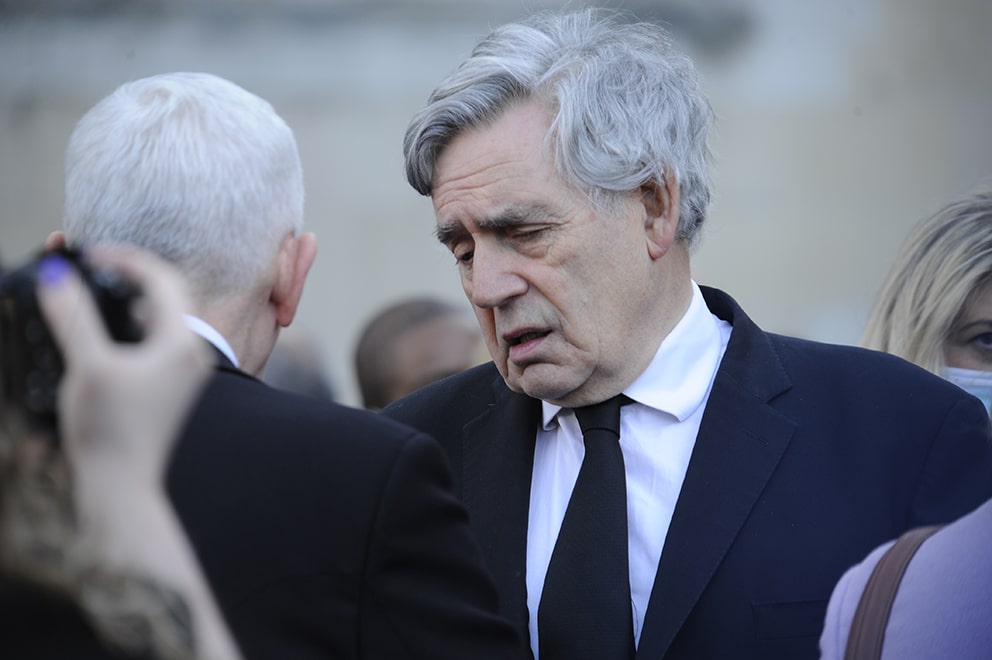 Gordon Brown was next to address the congregation, praising his tremendous campaigning achievements and reflecting how Jack as the life and soul of “work events, as they’re now called” – receiving a  warm wave of laughter – before citing Jack’s understanding of the necessary balance of power and principals. The front rows of

William Blake’s Jerusalem was next on the order of service, before Joe Dromey took to the pulpit in a heartfelt recollection of the tributes that came flooding in after the shock news of his father’s death.

At points fighting back tears, Joe spoke of condolences from across the political spectrum – including a profound message from Guy Opperman, the Conservative pensions minister Jack shadowed in Parliament, who referred his counter across the aisle as “a gentle but passionate man, who existed to change things for the better.” 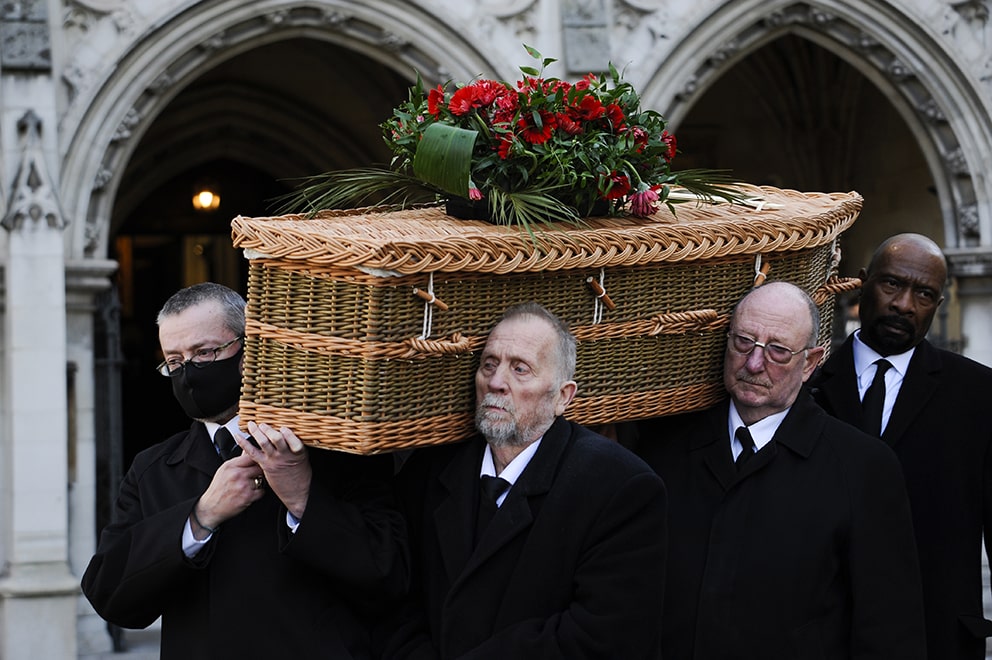 This, affirmed Joe Dromey, “…sums up Jack perfectly. And I am honoured to call him my dad.”

The service was brought to a close with further prayers and passages from the Bible, including a reading from Father Simon Ellis of St Margaret Mary’s Church in Perry Common – before Jack Dromey’s coffin, a simple wicker casket adorend with a wreath of red roses, was taken out of the church to be laid to rest.

Mr Dromey was found dead at his constituency residence, Highcroft Villas in Erdington, on Friday 7 January – survived by his wife Harriet, his sons Joe and Harry, his daughter Amy, and his grandchildren.