“Frightening hooligan masks” are being sold in the pubs of Erdington – ahead of next week’s Government deadline for everyone to cover their faces in shops and on public transport. 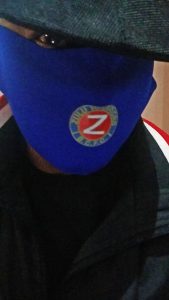 The “Zulu masks” with the logo of the feared Birmingham City Football Club hooligan group The Zulus are being snapped up for £5 by Blues fans wanting to “look hard” on the street.

However, Aston Villa fans have complained the masks will worry young and old people as they are “inciting violence.”

Steven Lee, aged 53, said: “This is typical Blues. The Zulus are known for hooliganism. If my son, who is a teenager, is wearing his Villa mask, sees someone on the bus with this Zulu mask of course he is going to be afraid.

“The fact that hooligans are cashing in on their violent past during COVID-19 pandemic is frankly sickening. They are being bought by idiots trying to look hard.”

He added: “It looks like the Villa are going to be relegated so next season we will be playing Blues, and I bet a lot of their hooligans will be wearing these masks on derby days, it will be chaos.”

Another Villa fan, who did not want to be named, added: “I give it a week before one of masks is used in an armed robbery or some street violence, celebrating criminals is just wrong.” 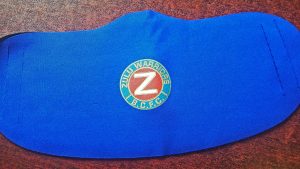 However, the mobile salesmen who has been hawking the masks around the pubs of Erdington, said: “It is just a bit of fun, I sell Villa, Blues, Liverpool, Manchester United masks and my supplier offered me these Zulu ones and they have been pretty popular.”

The salesman, who refused to be named for fear of recriminations, told Erdington Local: “I was a Zulu myself so I know most the people who are buying them are not remotely hooligans, I should be getting congratulated for helping stop the spread of the virus.

“I’ve been in the Red Lion, The Charlie Hall, Church Tavern and the New Inn, amongst other pubs, and will continue selling these Zulu masks until they run out.” 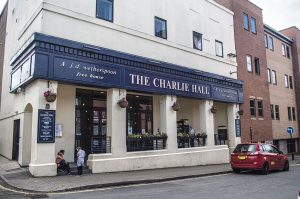 The Zulus were formed in the early 1980s and quickly became notorious. standing out among other firms as they were multi-cultural whereas as others were mostly white – they featured heavily in the 1989 Gary Oldman film The Firm and various football violence documentaries since.

However, in recent years prominent members like Barrington Patterson have become celebrities in their own right – raising £100,000s for charity. Zulu members also organised a peaceful Black Lives Matter protest in Birmingham city centre earlier this month where the masks were seen in public en masse for the first time.

“I was driving past the coach station, turning right onto Rea Street, and got caught in the middle of the Blues-Black Lives Matter march,” describes one eye witness, “everyone was wearing masks, but some of the bigger lads had the Zulu branded masks and t-shirts on. 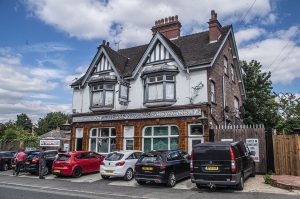 “There were mainly standing at the sides of the procession though, almost like security. I wouldn’t have argued with them, they looked pretty fierce, but they weren’t giving anyone any trouble. I think there was an EDL march happening in Birmingham on that day too.”

Downing Street confirmed everyone in England will have to wear a mask in shops from Friday, July 24 as well as public transport which came into affect in June.

After legislation is passed in Parliament people could get fined as much as £100 if they are found not wearing a mask in a shop or on public transport.

To find out more about the Government’s request for the public’s use of masks from 24thn July, visit https://www.gov.uk/government/speeches/face-coverings-to-be-mandatory-in-shops-and-supermarkets-from-24-july