A Stockland Green fly tipping blackspot is being transformed into a community orchard and garden after a group of determined residents wanted their area to blossom. 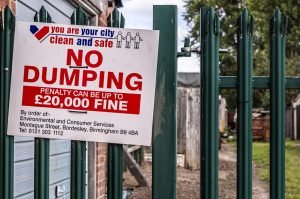 Over the last two weeks, Erdington locals collected more than 60 tonnes of rubbish in the alleyways behind Frances, Anchorage, Kings, and Queen’s Roads – such as old furniture, mattresses, building materials, and dangerous drug paraphernalia including hundreds of hypodermic needles.

Volunteers from neighbouring streets, who are marshalled by a WhatsApp group, have spent hundreds of hours removing rubbish and laying the groundwork for the alleyways to be an inner city oasis.

Despite there being several Birmingham City Council signs warning: ‘NO DUMPING – PENALTY CAN BE UP TO £20,000,’ no-one has been prosecuted for the illegal fly tipping – which has plagued the area for years. 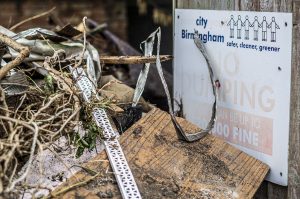 Following the impressive actions of the newly formed Stockland Green Action Group, launched on 20th June this year, Birmingham City Council have been sending compactor trucks to remove the piles rubbish – which have been constantly active in the area over the last few weeks.

The group have been working closely with Birmingham City Council and are hopeful about the ongoing partnership – citing the excellent work carried out by the Waste Management Team.

A member of the Stockland Green Action Group, Kamleish Parfect, told Erdington Local: “We were told nothing could be done about the piles of rubbish in the alleyways – but I love a challenge, so we did it ourselves.

“I have counted nine settees and lots of mattresses which was a worry because it is such a fire risk, that’s one of the reasons why were got gates fitted by our house. 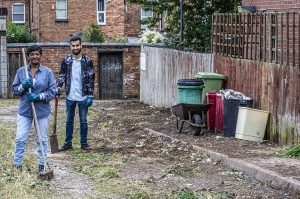 “The crime rate here has gone up with burglaries happening and drug dealing on the street; we just wanted to do something to improve the area we lived in, there has been a real sense of community since it started.”

The Stockland Green Action Group believes they were kickstarted into action due to the COVID-19 lockdown – with more residents being at home than usual.

The 53-year-old mother of two said: “I have spoken to neighbours on my road since we started doing this that I had never spoken to before – and those neighbours who have been unable to do the manual labour needed have been providing us with food. I have not needed to use my own kitchen in two weeks.” 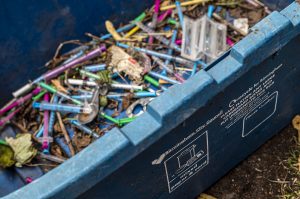 However, it was the drug needles found behind her home which caused Kamleish serious concern.

She said: “We found needles in the alleyway that runs  in between Frances Road, Ancourage Road and Mere Road, amounting to about a plant pot full. We collected them and hid them away safely, but by the next morning they had been taken. Since then we have collected another box full of needles, which I presented to the police.”

Stockland Green Action Group member Usman Aslam, from Queens Road, added: “Crime seems to have gotten worse, but COVID-19 seems to have brought the community together and made us want to do something together.” 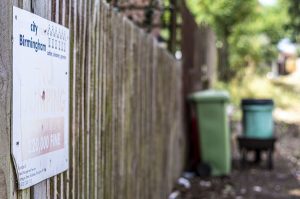 Following the recent rubbish removal, the residents have a plan to turn the land into a community asset – an urban oasis which residents across Birmingham could emulate.

She said: “We want to have an orchard, a raised bed where vegetables can be grown, and a playground. Also some residents would like space to exercise, so we’d like to create an outdoor gym.

“This piece of land will be unrecognisable in a few years and everyone’s children will be able to play safely.”