Erdingon is going to be the star of a brand new FIFA computer game advert after Brookvale was chosen for a filming location. 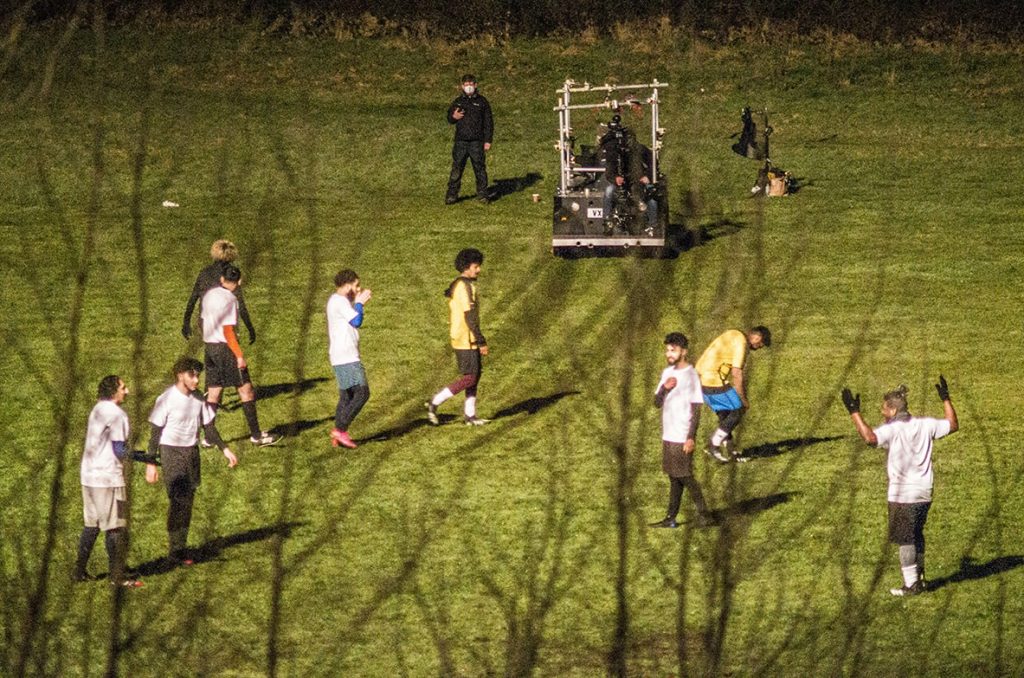 Set against the imposing backdrop of the M6 motorway, the advert was filmed on the football pitch in front of the Magnet Centre earlier this week – overlooked by flats in Dunlin Close.

FIFA computer game campaigns are seen across the world and can cost large amounts of money to make.

During the filming, which saw the production crew on site between 10am on Wednesday until 2am on Thursday, some Brookvale residents were offered £20 to keep their lights on at home – adding to the urban skyline of the advert. 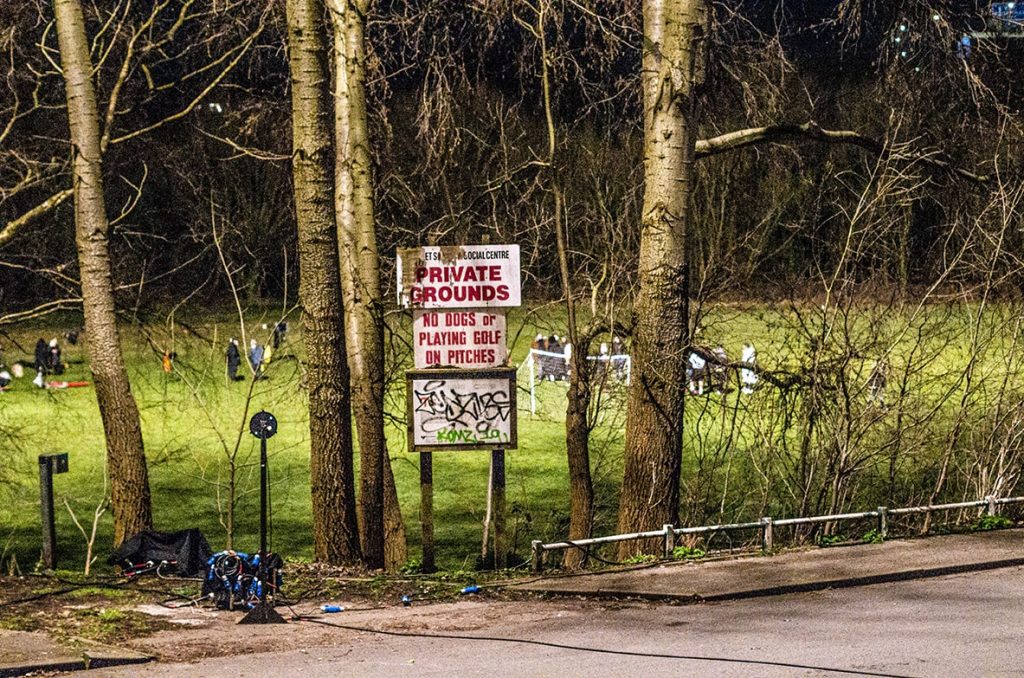 Susan Bicknell, who has lived on the estate for 17 years, told Erdington Local: “There were six huge lorries and a massive crane with a spotlight pointed at the pitch where players kept on replaying one move, so it was a bit of excitement on the Brookvale.

“They paid five of us £20 to keep our lights on throughout filming and I was told they were filming an advert for a FIFA computer game, they liked the location because of the Magnet Centre.

“I’m looking forward to seeing the advert when it is on television.”

Panikos Panayiotou, who runs a foodbank from the Magnet Centre, saw the advert being filmed. 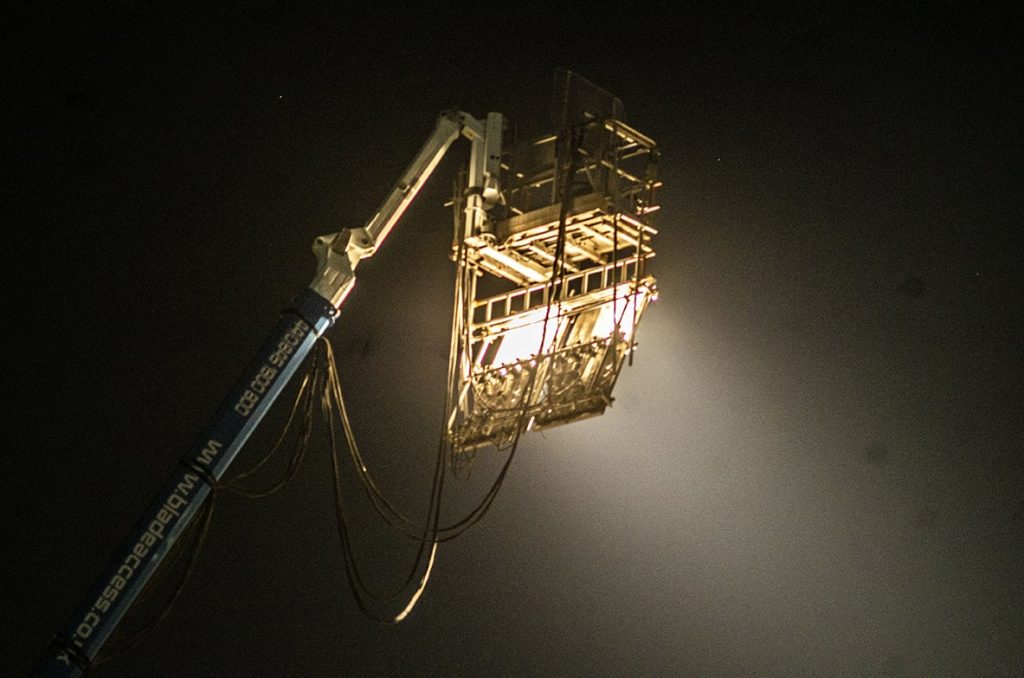 He said: “They rented the whole centre out for a day and it was great to see them filming.

“This is not the first time the centre has been used for a location, Steven Spielberg was here filming Ready Player One a few years ago.

“It’s funny the whole world gets to see the Magnet Centre but a lot of people who live near by do not know what goes on here.”

The Midlands Greek and Cypriot Association purchased the Magnet Centre from the G.E.C in 1984 and it now boasts St Lukes Orthodox Church, a Greek shop and café, and a community school. 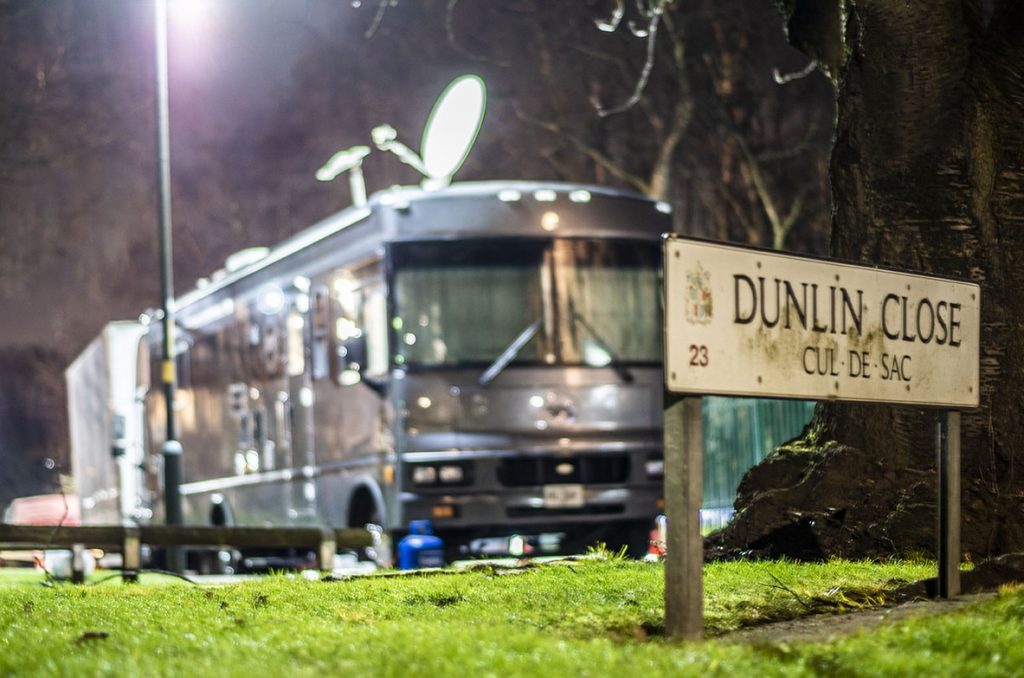 Pulse Films location manager Alistair Vlok was tight-lipped about the advert, although it is believed it will be seen on television in a matter of months.

In a letter displayed on the flats in Dunlin Close, the production team explained: ‘the scenes we are filming involve a foot team playing a football match at night.’

The notice went on to offer a point of contact for any concerned residents, reassuring Erdington locals all activity ‘complies with the government’s guidelines on managing the risks of COVID-19.’