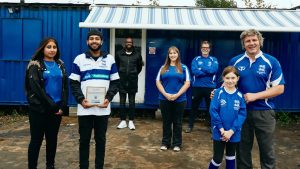 Erdington RFC beat over 100 rival clubs to win the award, which was decided following a public vote and panel selection, after the success of its Changing Lives Through Rugby scheme – which saw volunteers offer free coaching to youngsters in danger of entering a life of crime and gang related violence.

The award, devised by Gallagher Insurance – which sponsors Premiership Rugby, is all the more impressive as the club had to start from scratch in 2016 after the club house was burned to the ground in 2003.

The England & British & Irish Lion, Harlequins legend, and Gallagher ambassador, Ugo Monye, paid a surprise visit to Erdington RFC this week to speak to club representatives about what winning means to them and the wider community. 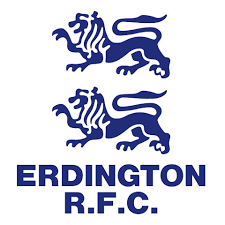 The international rugby star said: “There was only one winner for me for this competition. Erdington RFC shone amongst the rest of the shortlisted finalists due to their profound commitment to their community, and most notably youth participants, both on and off the pitch.

“To overcome such adversity in 2003 and get to the point they are at now is quite astounding and proves Erdington RFC is a fantastic winner of the Gallagher Rugby Club of the Season award.”

For winning the inaugural ‘Gallagher Rugby Club of the Season’ award, Erdington RFC – which plays at Spring Lane Playing Fields – were given £2,000 worth of Gilbert training kit.

Andy Trueman, community officer at Erdington RFC, said: “We are absolutely thrilled to be crowned winner of the Gallagher Rugby Club of the Season. Our club means everything to us and the surrounding community, and we are very grateful to have been recognised for our work in using rugby to make a positive impact in North Birmingham. 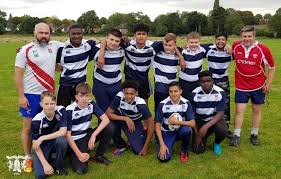 “As well as having the honour of winning this award, we’re also delighted with our enhanced training kit prize, which will allow us to touch the lives of even more people within the community.”

Changing Lives Through Rugby got volunteers to take part in coaching rugby in local schools, as well as providing outreach support in North Birmingham in partnership with the local police.

An after-school club, targeting pupils with known behavioural issues, the scheme helped youngsters build their teamwork skills, control aggression, respect authority, as well as providing them with a hot meal afterwards. All membership, kit, and match fees are waived for club participants as part of the sessions, and transport costs are covered for those who need it. 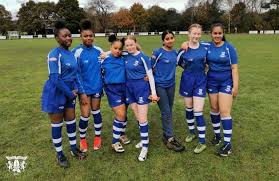 Sarah Griffiths, Director of Communications for Gallagher in the UK, commented: “Giving back to our local communities is incredibly important to everyone at Gallagher and so we created this award to recognise the often life-changing work that is being carried out by grassroots rugby clubs across the country.

“We are thrilled to be presenting the Gallagher Rugby Club of the Season award to Erdington RFC who were voted the unanimous winner by all our judges.

“The club does so much in their local community, despite having such little resources, and it really is not just the lifeblood of their community but also offers a potential life-line for young people by providing them with support, coaching and opportunities to thrive. A truly deserving winner.”

The club also is planning to engage more mothers and daughters to take part in rugby, through their development of a separate touch rugby coaching session.

The original Erdington Rugby Club was forced to close in 2003 after its clubhouse was burnt down; Erdington RFC was reformed in 2016 with no facilities or players.

Now the club has grown to include over 100 U18 players, a squad of over 50 senior males, and a mixed gender touch rugby team.