Erdington families have been guaranteed an ‘urgent care service’ will remain open and operational, despite widespread closures of public amenities due to the coronavirus crisis. 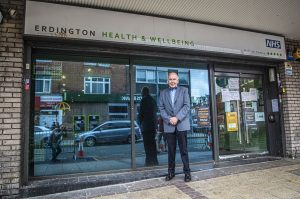 In an open letter to Paul Jennings, the Chief Executive of NHS Birmingham and Solihull Clinical Commissioning Group (CCG), MP for Erdington Jack Dromey pushed for ‘reassurance over the future of these vital local services’ – following a ‘steady stream’ of concerns from across the constituency about the future of the Erdington Walk In Centre.

Responding swiftly to the MP’s letter, which was dated 18th August, Mr Jennings gave written assurance that the NHS ‘are now in a position to reopen an urgent care service in Erdington, in the very near future.’

In his letter, Jack Dromey MP further underlined the importance that such a service ‘will remain at the heart of Erdington.’

And whilst the location of the facility, which will be called Erdington Urgent Treatment Centre (UTC), has not been confirmed by the NHS, they were able to the commit ‘it will be open seven days per week, 12 hours a day’ – mirroring the accessibility of the High Street situated Walk-In-Centre – and ‘are hopeful that the new service will be up and running in October 2020.’ 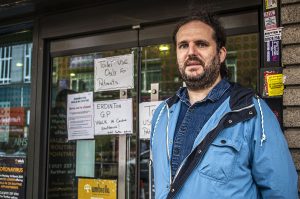 Located on Erdington High Street, the Walk-In-Centre was forced to close due to Government guidelines during the COVID-19 pandemic. But the free to access facility, which fought for survival back in 2013 – again championed by Jack Dromey MP – has been the difference between life and death for some local residents.

“I’ve used the Walk-In-centre several times myself, when I’ve been unable to get doctor’s appointments,” tells Shaun Bebbington, who lives on Lindridge Road in Stockland Green. “But about three years ago my partner was quite ill… it turned out to be sepsis, but it was misdiagnosed at least once.

“She started having a fit early hours one Tuesday morning; I called an ambulance, but the paramedics also missed the symptoms of sepsis. I got a taxi, with my partner, to the Walk-In-Centre as soon as they opened – they picked up the symptoms right away, asking the right questions, and then got us straight to Good Hope Hospital, where she was for 17 nights.– had she not have had medical attention within that timeframe she would not be here today.” 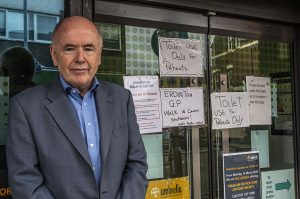 Jack Dromey MP previously led the campaign to save Erdington Walk-In-Centre back in 2013, when the then David Cameron led Government were looking to close eight healthcare facilities across Birmingham and Solihull.

Seven years later and the MP is back on the frontline, fighting for ‘the future of these vital local services’ – heralding ‘the CCG for your continued constructive and open dialogue.’

But Dromey’s support for Erdington’s health and wellbeing doesn’t stop at the Walk-In-Centre, as the MP has further called for the NHS Birmingham and Solihull CCG to ‘consider Erdington as a location for any future drive-through COVID vaccination site.’

Although the location of any new testing facility is too early to confirm, the NHS Birmingham and Solihull Chief Executive did ‘welcome a further conversation with you (Jack Dromey MP) about exploring the excellent community assets you have in Erdington, to see what would be possible.

We will be working harder than ever to ensure that everyone who is eligible for a vaccination is able to have one and would very much welcome your support with this.’

For more from Jack Dromey MP, or for contact details to his constituency office, visit www.jackdromey.org

For more on the NHS Birmingham and Solihull CCG, visit www.birminghamandsolihullccg.nhs.uk