123 new homes have been officially launched on Castle Vale this week, at an event honouring the Air Transport Auxiliary (ATA) women and girls that supported the WWII war effort at Castle Bromwich Aerodrome. 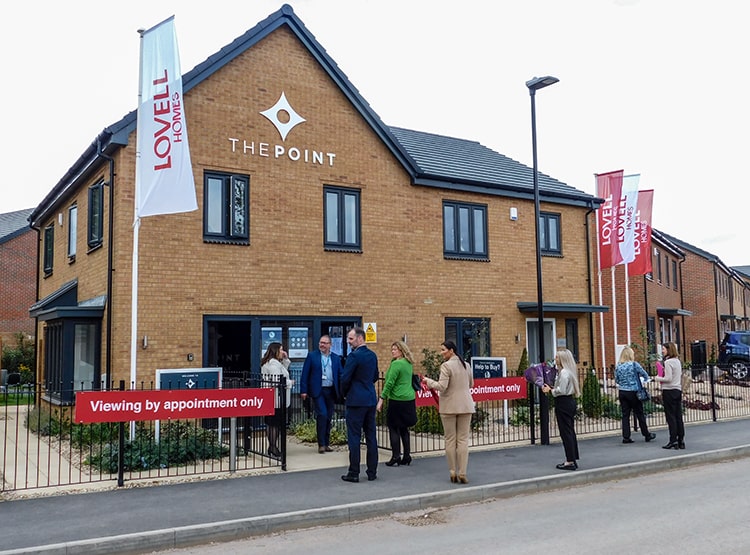 The Point, a new housing estate built on the old Greenwood Academy site, has been delivered through a partnership with Birmingham City Council, The Pioneer Group, and commercial property developers Lovell Homes.

Selected roads on the new estate have been named after the ATA women and girls who bravely flew the Spitfires, bombers, and fighter planes from Castle Brom during the Second World War – often learning to fly each new plane from basic training and pilot notes handed to them on the way to the aircraft.

Those honoured include Mary Ellis – one of the last surviving British women pilots from the Second World War, who flew over 1,000 planes of 76 different types, including Harvards, Hurricanes, Spitfires, and Wellington bombers. 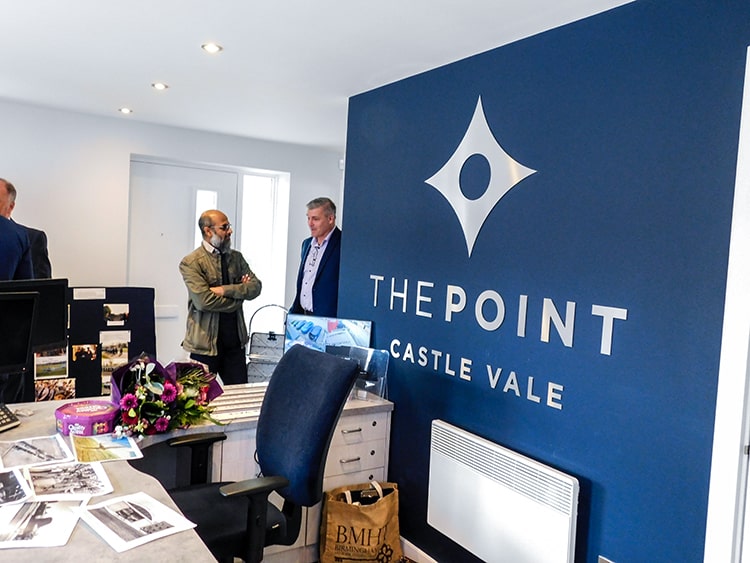 Eleanor Wadsworth – one of the RAF’s ‘Spitfire women’, who became a member of ATA at 25 and flew 22 different types of aircraft, including the Hawker Hurricane and Spitfire, amassing 590 flying hours, 430 of which were solo.

Also remembered was Joy Lofthouse – who flew Spitfires and bombers for the Air Transport Auxiliary and learnt to fly 38 different types of aircraft after joining ATA in December 1943.

In honour of these brave women, whose long unrecognised role in the WWII war effort changed the face of the UK’s modern military, roads on The Point estate have been named: Ellis Crescent, Wadsworth Knoll, and Lofthouse Vale.

The late Robin Corbett, Baron Corbett of Castle Vale, was also remembered with Corbett Boulevard named in his honour. 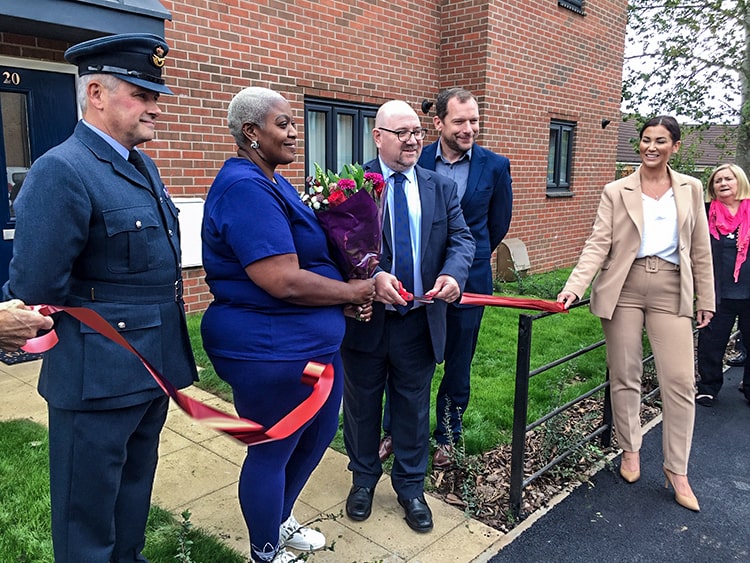 Friends and families attended a special event at The Point’s marketing office, on School Close, off Farnborough Road, Castle Vale – joined by Squadron Leader Chris Wilson (RAF Cosford), and representatives of the Air Cadets, Royal Airforce Association, and the partnership organisations responsible for delivering the development.

Opening the launch event, Birmingham Municipal Housing Trust Principal Housing Officer Gill Beveridge was joined by Castle Vale Cllr Ray Goodwin (Lab) – handing flowers to the first BCC and Pioneer Group residents, Antoinette Thompson and Aston Russell, and celebrating the “heroes” of WWII and “what they did to bring peace to this world.”

Speaking on behalf of Mary Ellis, who “started to learn to fly whilst she was still a schoolgirl”, her family further recalled how: “The Spitfire was Mary’s favourite plane, it was beautiful for her to fly and she had wonderful memories. 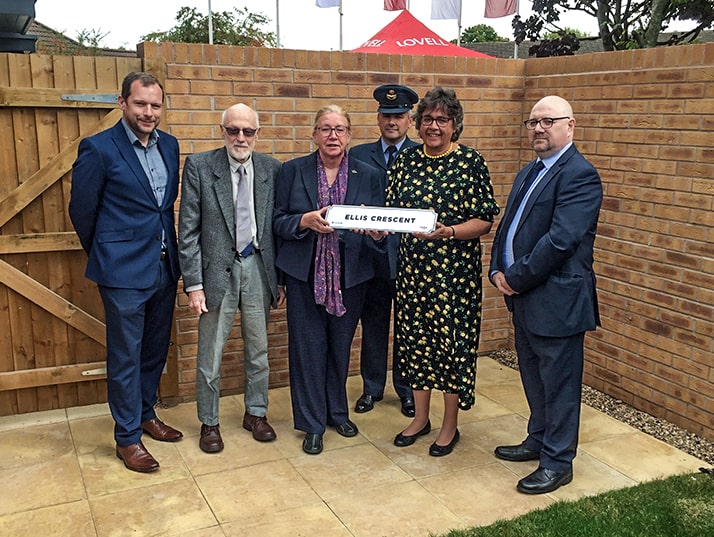 “She used river and roads for navigation, and it’s wonderful that we’ve used roads (named after the ATA women and girls) to come here and see this development.”

In a message from Joy Lofthouse’s daughter, read by a family friend and representative of the Fly to Help charity, people at the launch event heard how the 18 year old Lofthouse answered a call out for female pilots despite having “never been near an aeroplane in her life.”

Her daughter’s message continued: “Joy was an inspiration to me; her motto was ‘I can, I must, I will’ – and into her mid 90’s she did just that.

“I hope that if a young gild sees the street name, she might be curious as to who Joy Lofthouse was, and when she reads the story she might look up into the skies, see an aeroplane, and think – I can do that.” 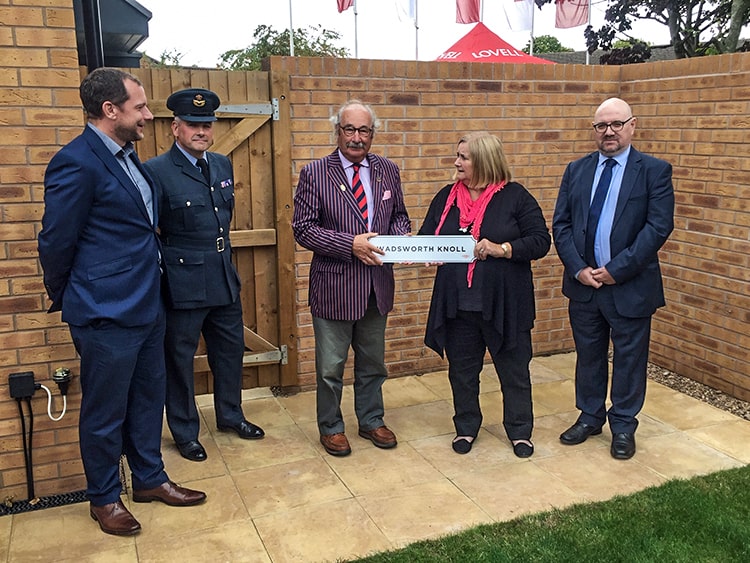 Squadron Leader Chris Wilson, whose base at RAF Cosford would have fitted many of the planes coming off the Castle Bromwich Aerodrome, told the crowd:

“During the Battle of Britain we were always short of pilots, so what we needed to do is find other people who could fly the aircraft but who maybe couldn’t fight on the front line.

“So, the Air Transport Auxiliary came into being… and these amazing women would get in these aircrafts and fly them wherever they were told to fly them.

“They would walk to that aircraft with the pilots notes for that aircraft type – telling them things like stall speed, handling characteristics, what did it tended to like to do on take off. How would it bite you… and potentially kill you.

“So, to be here today and to know that you are taking the steps to keep recognising these people, is really, really, really good and I’m glad to be a part of it.” 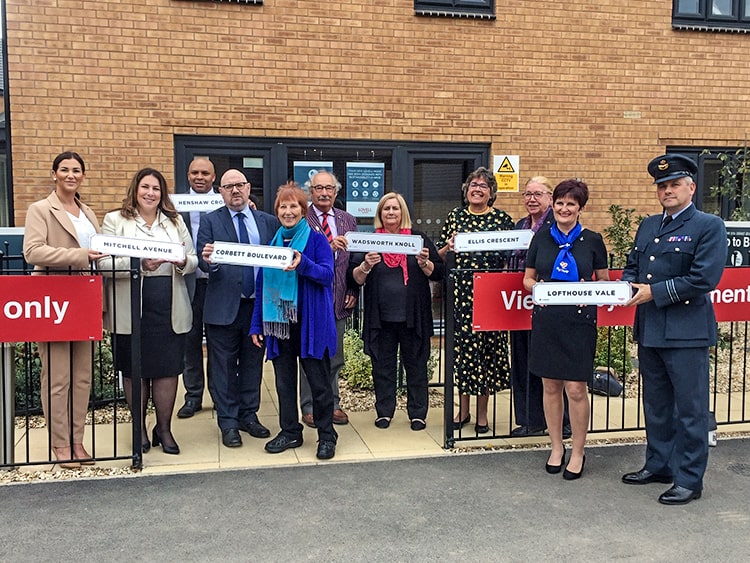 The Point is a partnership development of 123 new homes on Castle Vale, with over 50% of the houses allocated to address the city’s growing social housing crisis.

Out of the 123 new homes at The Point, 64 will be made available for social housing – addressing the waiting lists held by both Birmingham City Council (BCC) and The Pioneer Group. The remaining 59 will be sold on the commercial market.

The Pioneer Group Chief Executive Officer, Simon Wilson, told Erdington Local: “We all know social housing is in huge demand – Birmingham City Council’s waiting list is mirrored by our own – so to provide beautiful new build homes in the heart of Castle Vale feels fantastic.

“We’ve got an allocation policy which does prioritise local people; we recognise people on Castle Vale want to stay on Castle Vale.

“But equally we know there’s a huge demand and need, and we’re really happy to get this development over the line.”

For more information on The Point from Lovell Homes visit www.lovell.co.uk/developments/the-point

For more information on The Pioneer Group visit www.pioneergroup.org.uk

For advice and guidance around housing from Birmingham City Council visit www.birmingham.gov.uk/housing