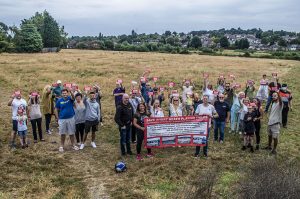 In 2019, the 2.71 hectares green space situated between Bleak Hill Park and Short Heath Road was earmarked for a new housing estate – with planning application sought to allow up to 108 new homes to be built on the beloved playing fields.

Following botched community consultation, alongside objections from Erdington Councillor Robert Alden at Council meetings, the local community established themselves as Short Heath Fields Trust to fight the proposed developments and establish a two-way debate about the best use of the open space.

Earlier this year, a proposal was written by Short Heath Fields Trust outlining an alternative use for the green space and submitted to Birmingham City Council – following an intervention by Jack Dromey MP.

Birmingham City Council are now bringing the proposed development plans back to the table, with Council Leader Cllr Ian Ward looking to revisit the concerns of the community – following a meeting with campaigners last week. 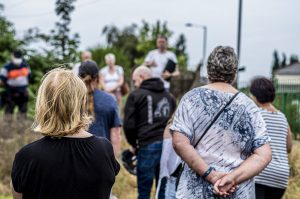 Looking to strike a balance between the increasing frustration from his Short Heath based constituents and the Council’s wider agenda for social housing, Erdington MP Jack Dromey has been acting as a go-between in a fiercely contested situation that had previously looked gridlocked.

Jack Dromey MP said: “I’m pleased with the positive and constructive meeting between Birmingham City Council and Save Short Health Playing Fields campaigners to discuss the plans for Short Heath.

“The campaigners gave a passionate and detailed presentation that outlined their vision for Short Heath Playing Fields. Throughout this process I have been impressed by their vision and determination, and these are why the campaign has generated the momentum it has. 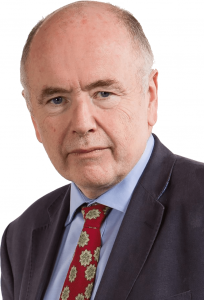 “I’d like to thank Birmingham City Council for agreeing to the meeting and for how responsive they have been since I first contacted them on this matter. The meeting showed they are listening to the community and that is warmly to be welcomed.

“Both parties have agreed to move forward in partnership to build a plan for Short Heath Playing Fields that the community can be proud of. They have my full support.”

Whilst social and affordable housing is an issue across Birmingham, a wider problem not unrecognised by Short Heath Fields Trust, the decision to tear up an urban oasis and area of natural beauty has been severely questioned by local residents.

Birmingham City Council’s own Strategic Housing Land Availability Assessment (SHLAA), published in December 2019, made no mention of Short Heath Playing Fields as a possible site for development – whilst citing various alternatives to meet the City’s need for social housing.

The initial consultation further failed to include residents of Short Heath or Perry Common, only inviting those from Stockland Green who neighboured the playing fields.

Following months of campaigning, amassing support from people across Erdington, the 11th December meeting with Birmingham City Council seemed to mark a reversal of fortune for the beloved green space.

All those present at the start of the meeting, including Council Leader Cllr Ian Ward and Cabinet Member for Homes and Neighbourhoods Cllr Sharon Thompson, have agreed to work alongside Short Heath Fields Trust to find an alternative – one that would meet both the need of social housing and to secure valuable green space for the community.

However according to the members of  Short Heath Fields Trust present on 11th December, Cllr Josh Jones (Stockland Green), who arrived late to the meeting, is still maintaining his position that the entire of Short Heath Playing Fields should be used for social housing development. 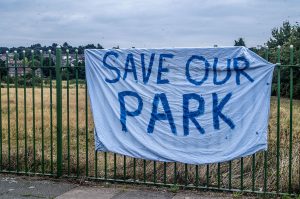 “As a community we have fought hard and while the battle is not over, positive first steps have been taken towards a solution that would see sports and community back on the playing fields as it always should have been.

“Councillors Ian Ward and Sharon Thompson have agreed to come and meet our community in the New Year, finally giving them a voice, with a view to building a plan for the playing fields that meets the needs of everyone.

“In Jack Dromey’s own words our community is no longer banging the door to be let in, we now have a seat at the table.

“Short Heath Fields Trust made a promise to our community to get their opinions heard and moving forward will continue to do that – working with the Council and local residents to find a solution to this problem.”