Smoke billowed across North Birmingham yesterday as over 40 firefighters tackled a blaze at the old Bagot Arms pub at the Tyburn Road roundabout. 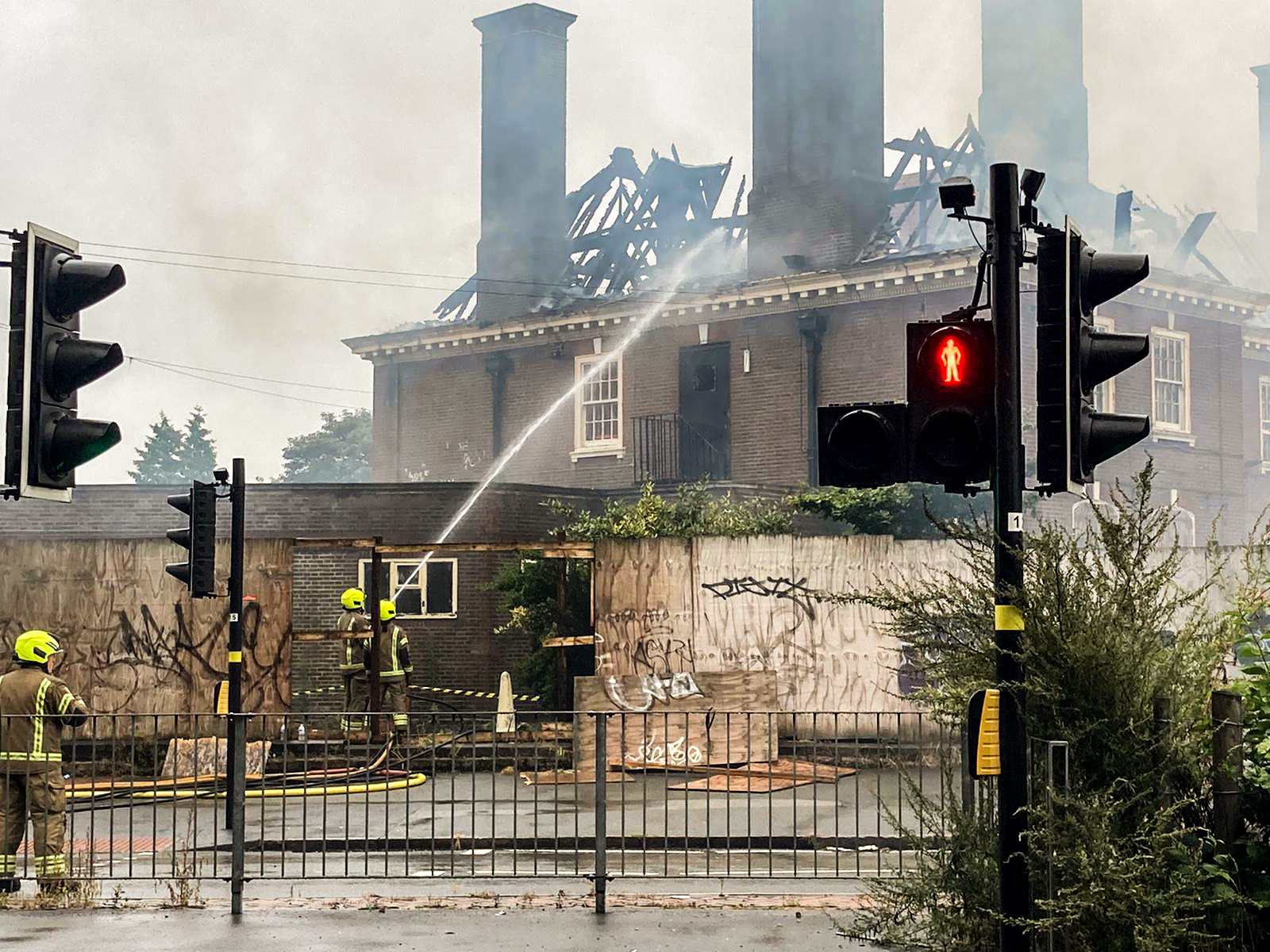 West Midlands Fire Service (WMFS) were alerted to the fire by “multiple calls from the public” at around 5pm on Thursday August 5, dispatching seven fire engines to the scene.

Pumping water from the canal, emergency services shut down several roads around the area – including the busy thoroughfares Eachelhurst Road and Tyburn Road.

Firefighters worked tirelessly to control the blaze until late in the evening, finally starting to reduce the number of fire engines at the scene at around 10pm.

WMFS Station Manager Mark Hudson, who was Incident Commander at the site, told Erdington Local: “Our engines arrived on the scene very quickly to a fully developed fire in the roof space and on the ground and first floor.” 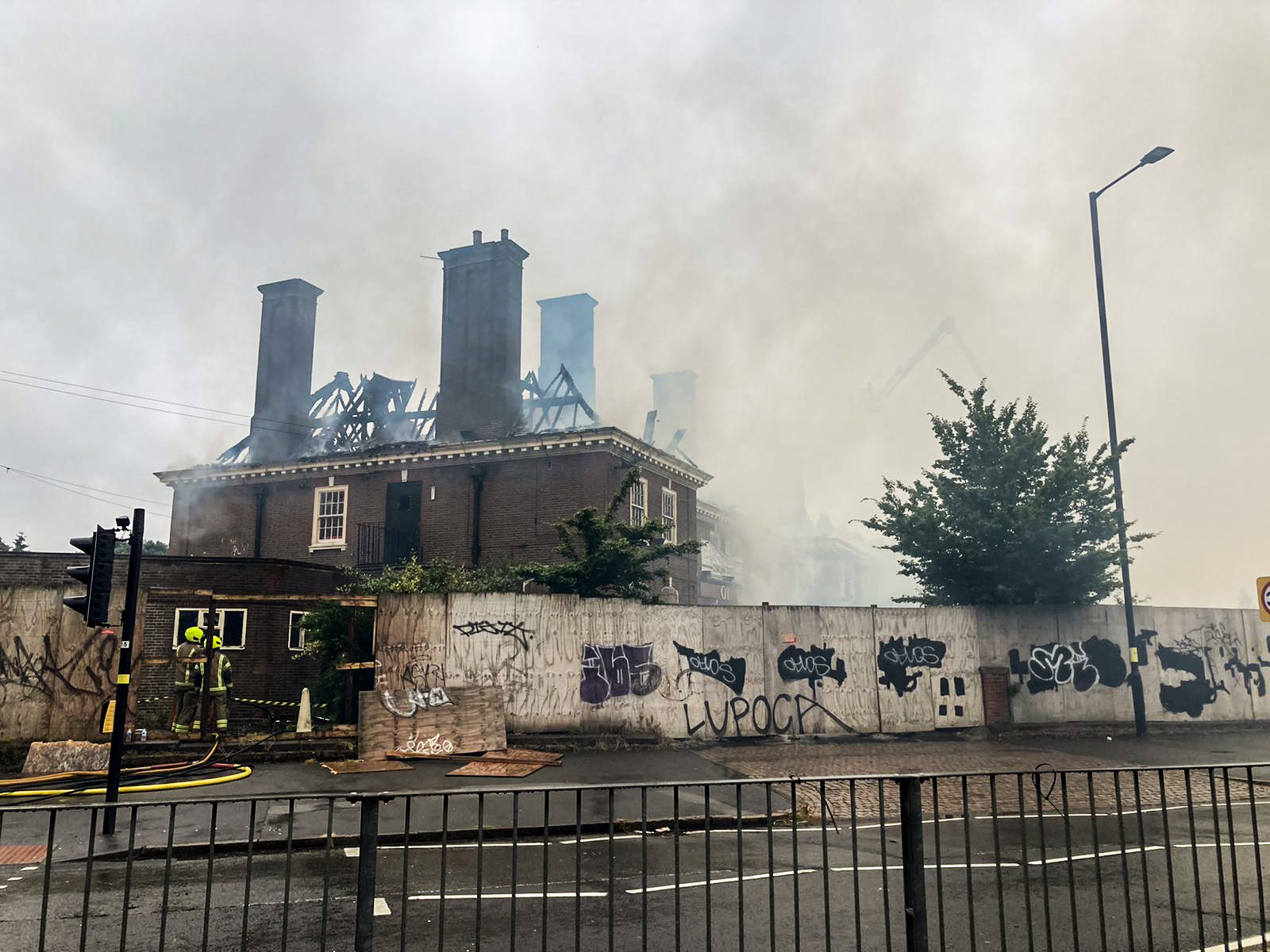 “There isn’t anybody injured as far as we are aware. We still need to conduct a full search of the building; we have been unable to up to now due to the fire spread and also the damage to the building.

“At the moment we are focusing on defensive firefighting (putting the fire out) until we get the go ahead from the structural engineer.”

“There are currently seven fire engines, including two specialist resources which consist of a hydraulic platform, which can apply a lot of water at height and a high-volume pump, which is taking water directly from the canal and being pumped into the fire.

“First call received at 17:02 with a large amount of multiple calls from the public. We had seven fire engines with supporting vehicles and 45 firefighters attend this incident. We also deployed our high-volume pump to supply water from the nearby canal.

“This was a derelict public house due for demolition and there were no persons involved. Following an investigation by our officers this fire is believed to be started deliberately.”