Sunday League football is back in full flow with the ending of lockdowns and the easing of Covid restrictions this year. 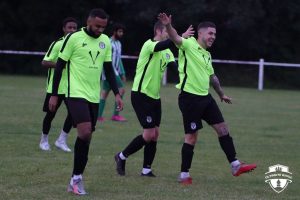 Excitement has been building over the summer for the players at Erdington United FC (EUFC), who are now getting back on the pitch for some long awaited fixtures.

Erdington United FC are off to a strong start in their current season, securing a 3-0 victory away from home for their season opener, followed by a 4-1 home victory against Hundred Acre Streetly.

In their most recent fixture Erdington United again came out worthy winners, giving Castle Vale Olympic a thrashing with a 9-1 win. 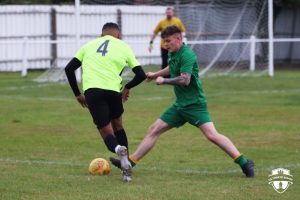 The club have moved to the Sutton League from the Festival League in search of a new challenge, after a comfortable title win in their first season. EUFC have been placed into Division One, after some pre-season and cup success.

Erdington Local caught up with their manager, Tyler Ward, who is optimistic about the season ahead – as well as giving an insight into the club’s beginnings.

“We’re a club who have most of our players from and based in Erdington,” told Ward. “We’re a young side with many of us having known each other for the past 10+ years, having gone to school together etc.”

EUFC’s manager is confident on his team’s success this season, after their first season title wins. At the point of being confirmed as league champions last season, Erdington United had a 100% record in the league – something which Tyler believes can help them push on with their aims this season.

“Our priority for the season is to get promoted into the Premier Division, and to get as far as possible in the four cup competitions we’re in. We know the quality we have amongst the players. We are confident that come summer we’ll be exactly where we need to be.” 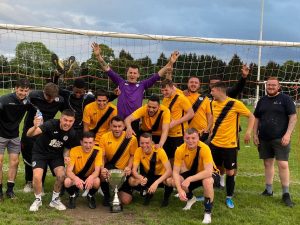 Erdington United are always on the lookout for players to further improve and develop their squad; information on specific player profiles they are looking to fill can be found on their social media.

The club play their home games at Holly Lane on Sundays and always welcome people to go along and watch.

Regular updates on fixtures and results are also posted on their social media platforms – with all links available via the Erdington United FC website.