Erdington Local is proud to support Black History Month (BHM). The newspaper will be releasing a LOCAL PROFILE each week of BHM on black members of the community, amplifying these voices and celebrating the richness of multi-cultural Erdington. 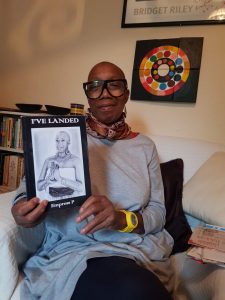 Born in Saltley, she moved to Erdington aged 6 – attending Fentham Secondary School for Girls in the 1970s. Through her company, PFG Consultancy, Paulette has been key in gathering information for Birmingham’s official Black History Month brochure since 2012. The purpose of the City Council funded brochure is “giving out information about events across the city” as well as celebrating various milestones of black history.

Paulette’s first job was for Birmingham City Council, working as a clerical assistant from 1978, and she has been a passionate supporter of the city ever since. But another of her lifelong passions is netball: “I used to eat, drink, sleep netball.”

Paulette proudly tells how she was “chair of the Birmingham netball league for 13 years. I had aspirations of becoming an international netball umpire.” She fondly remembers 1995 Netball World Championship held at the NIA in Birmingham, working on a stall: “Having that here in Birmingham was ‘wow!’. And being part of netball was ‘wow!'”

Another passion for Paulette is poetry. She cites inspirations such as Shakespeare, as well as Birmingham born, nationally renowned poet, Benjamin Zephaniah: “reading his autobiography was powerful. His mum used to rhyme when she was talking to them” and that Benjamin was “Dyslexic”, although did not let this “disability” quell his ambition to write.

Paulette is an integral part of the Midlands dub poetry roots scene, performing and writing with creatives such as Panya the Poet, Sue Brown, and Miss Culture Jam. She has released an anthology called I’ve Landed as well as an accompanying album. 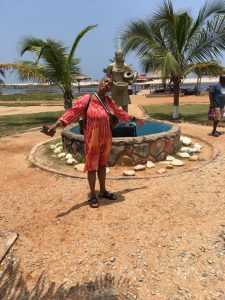 Paulette is also a breast cancer survivor. Diagnosed in 2012, she recalls her experience vividly: “I was scared – I didn’t want to die. My granddaughter wasn’t born yet, and I wanted to be able to live to see my grand-child.”

Her big dream was to “get to Ghana and to connect with Africa. Being in the motherland, feeling the African soil.” Making a full recovery, and now having visited Africa several times, she teaches that “what helped me dealing with the cancer was being positive. Being positive within yourself kicks out the negativity.” Paulette launched back into her work in the creative industry “straight after recovery.”

Paulette presented Erdington Local with a small, ongoing memoir of 25 “achievements” she had made since the year 2000. These included job titles such as Equality Diversity Champion, Black History Month Coordinator at The Drum (now known as Legacy Centre of Excellence), and Promotions Coordinator for the Simmerdown Festival. 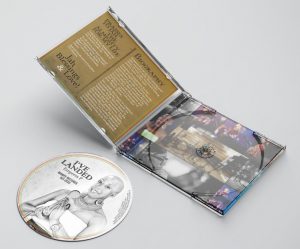 Her favourite objects include an unrealised civic plan of Birmingham city centre surrounding Baskerville House, a Giant Crab and a fold-up BSA bicycle from World War II: “Soldiers would parachute out the planes with these bikes strapped to their backs – so when they land, they can jump on their bike, and cycle to where they’re supposed to be!”

Paulette speaks about her role compiling the official brochure of Birmingham Black History Month: “One of the important things was how we wanted to spread the word about the black community, black history and letting people know about it.”

She showed Erdington Local a brochure from 2015 celebrating two important 50 years milestones: Malcolm X’s visit to Birmingham in 1965, and the 1965 UK Race Relations Act – which was the first piece of legislation in the UK to address the prohibition of racial discrimination. 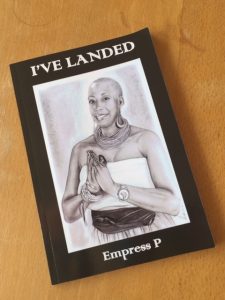 The launch of Birmingham Black History Month at Birmingham Town Hall in 2018 “was powerful. It’s important for the black community that we’re in prominent places.” Paulette recalls with glee meeting American singer Dionne Warwick, who was giving a private concert for the organisers of the launch event. In her capacity of host, Paulette fondly remembers announcing, with a smile, “and now I hand over to Dionne Warwick.”

Paulette’s ebullient personality makes her a natural host. She is a co-presenter on the ‘Roots Rock and Reggae’ show on Newstyle Radio. “We do edutainment” explains Paulette, “we play music but we give out information as well – Caribbean news, black history, stuff about COVID.”

“I’ve done a lot over 60 years.” Paulette exclaims. However, some of her favourite hosting moments were in Erdington. She hosted the Christmas Lights Switch On and the Erdington Community Festival in Rookery Park, both events facilitated by the Erdington Arts Forum.

Paulette is also a staple part of the Arts Forum’s monthly Evening of Creativity, saying she loves “introducing the locals – giving them a round of applause.”

For more on Black History Month in Birmingham, visit www.birminghamblackhistorymonth.co.uk

I’ve Landed, by Empress P, is out now – available to purchase from Waterstones or Amazon. The album will soon be available on Spotify.

Paulette/Empress P will be hosting the Evening of Creativity: Black History Month special in Erdington at Oikos Café on the 16th October. Tickets will be available through Eventbrite – for updates and information, visit www.facebook.com/ErdingtonArts

You can listen to Newstyle Radio’s ‘Roots, Rock and Reggae show’ with Tony Roots featuring Empress P on Wednesdays 8-10pm on 98.7FM – for more on Newstyle Radio, visit www.newstyleradio.co.uk