Artist Oliver Hassell took Erdington by storm with his striking, colourful, and darkly-inspired pieces displayed for Black History Month. Erdington Local catches up with him to find out what makes him tick. 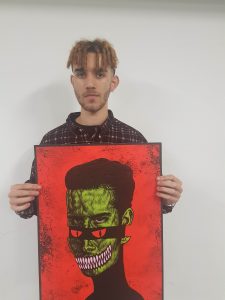 Born in Erdington and living here his whole life, Oliver started to enjoy art “as a toddler.”

“I’d draw what I’d see on TV – things like Harry Potter,” although he admitted, with a smile, that at this age they were “stickmen, and I’d just label them ‘Harry Potter’.” He sees these early years of drawing “cartoons and action figures” as an important sign he had a calling for visual art.

Oliver says that he “didn’t get into making proper art until I was about 16.” He studied illustration at Birmingham City University (BCU), saying that “Uni was fun, I had a good time” – spending that time developing new skills, professing that he learned a lot “by himself” as opposed to part of the university course.

Oliver creates colourful, eye-catching pieces with dark figures, foreboding smiles, and references to social media, religion, sex, death, and his latest piece regarding coronavirus (with the virus literally coming out of a Corona bottle of beer). 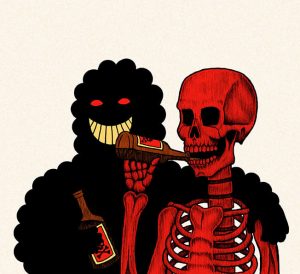 Oliver explains his general working method when creating his artwork. Commencing with a sketch, then “mainly drawing in pens,” adding small details in with paints for “mouths and eyes.”

To give the art an extra layer of otherworldliness, Oliver then scans his piece onto the computer and edits slightly to “step it up from a drawing to something to look at.”

Oliver has various inspirations, saying the “past year or so I’ve been concentrating on the concept of the shadow self.”

He goes onto say that “Everyone’s got their dark-side that they don’t really want to look at – It’s up to you to figure out and understand that [dark] side of yourself so you can become a complete person.” He explored these themes in his debut exhibition in January 2020 at The Gap Arts in Balsall Heath. 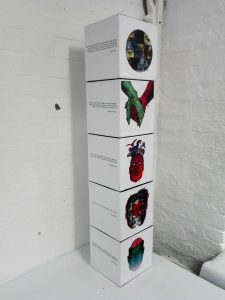 Oliver worked in a collective setting as part of Gallery 37 which is a ‘creative residency programme where young people can rediscover themselves as artists’. The joint exhibition of 5 artists was called ‘Karma-Utopia’ hosted at Centrala in Digbeth.

Oliver created an art piece which was a colourful, illustrated “stack of blocks, with different values on it like love – creativity.” The words were written backwards, placed next to a mirror.

Viewers could participate with the piece, ordering the blocks in the order of values which they found most important to them. “It puts you with what you think is important,” and the fact it is next to a mirror represents that the values are a “reflection of yourself.”

He feels like “We’ve come so far with it now,” thinking that 2020 BHM should be the “start of something that goes on forever.” 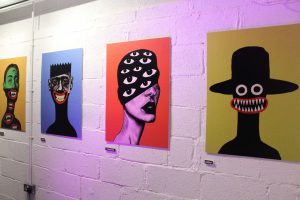 Oliver sees the murder of George Floyd in May as a great “injustice” and that it’s important to “support the fight.”

He says he personally “hasn’t felt oppressed by the government,”but was aware of racist language when he was growing up. “It’s a joke when we were kids, but that’s still a problem,” Oliver says.

Oliver was featured as part of October’s Evening of Creativity at Oikos Café and is happy that “stuff like this is happening now in Erdington,” bemoaning that there isn’t much for visual arts in the area.

He transformed lockdown into a chance to concentrate on his own business, ‘Death in Colour’, which is his own clothing line featuring his art work: “Upcycled, vintage clothing with my art work – all customized.” 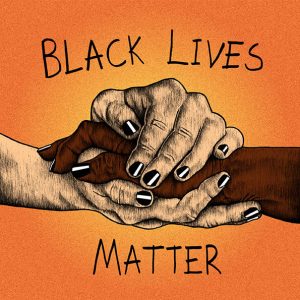 Starting the business in March, Oliver says he’s been “doing quite well during COVID” with some of his stock now sold out.

He did have intentions for a pop up shop-come-exhibition space, although this was not possible due to the pandemic. “A couple things have been scrapped, but it hasn’t stopped the train,” says Oliver, positively.

“I’m just trying to evolve – build up my skills as much as possible. Good stuff will happen.”

To find out more about Oliver Hassell, visit www.oliverhassell.com