From the Birmingham Music Awards to the Commonwealth Games closing ceremony on Australia’s Golden Coast, Lady Sanity has been performing her songs across the world. With a new single coming out at the end of February, Erdington Local talked to the Birmingham-based musical artist about her Erdington roots and global ambitions. 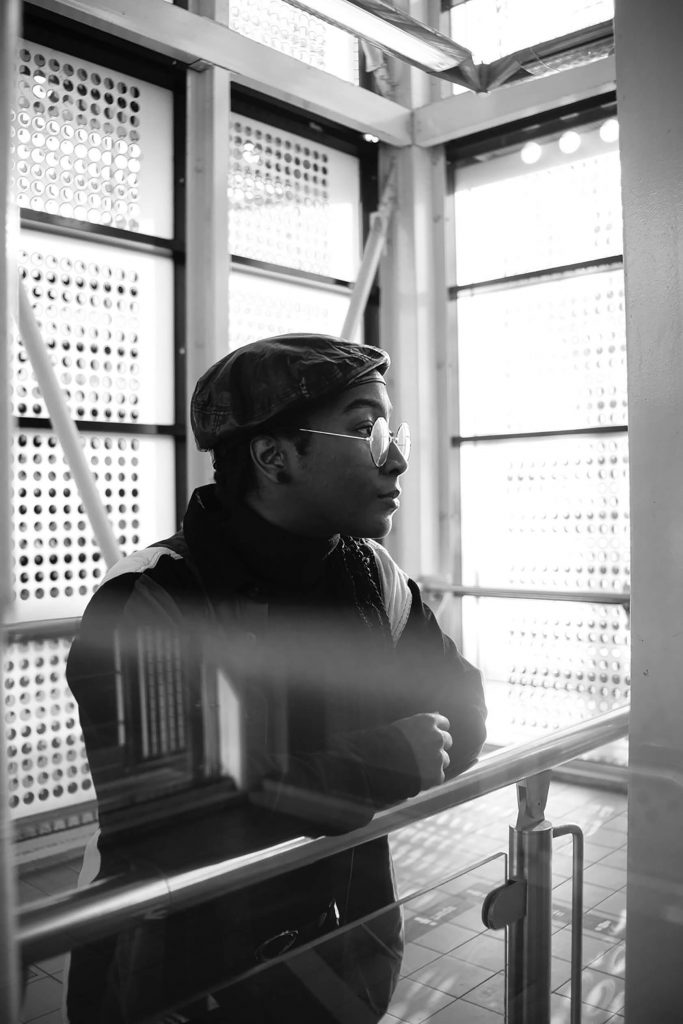 Lady Sanity has always lived in Erdington, attending Stockland Green School for her secondary education. Despite being passionate about music from an early age, Sanity told how “I have no musicians in the family – me being a musician was a little bit of a curve ball for everyone… Although my grandfather used to take out his harmonica every now and then.”

Her family did, however, expose her to many different musical genres – encouraging the artist to embrace a variety of genres in her own music. “My cousin was showing me Hip Hop over in America. My sister was listening to bands in the UK. Another cousin was listening to Indie and Rock music… A lot of the music I was listening to were fusions of rap.” Sanity even notes Linkin Park as being an early influence.

At aged 12, Lady Sanity got a guitar from Home Bargains – bought for her by her older sister, which was a “cheap, crappy guitar with nylon strings.” Sanity was self-taught, using ‘tabs’ – a type of musical notation system.

Sanity ‘went electric’ aged 14, which was also around the time she was performing her own original music. She fondly remembers her music teacher, Mr Scott, as “very much encouraging me to rap and play guitar…. I was quite a reserved and quiet kid at school!” 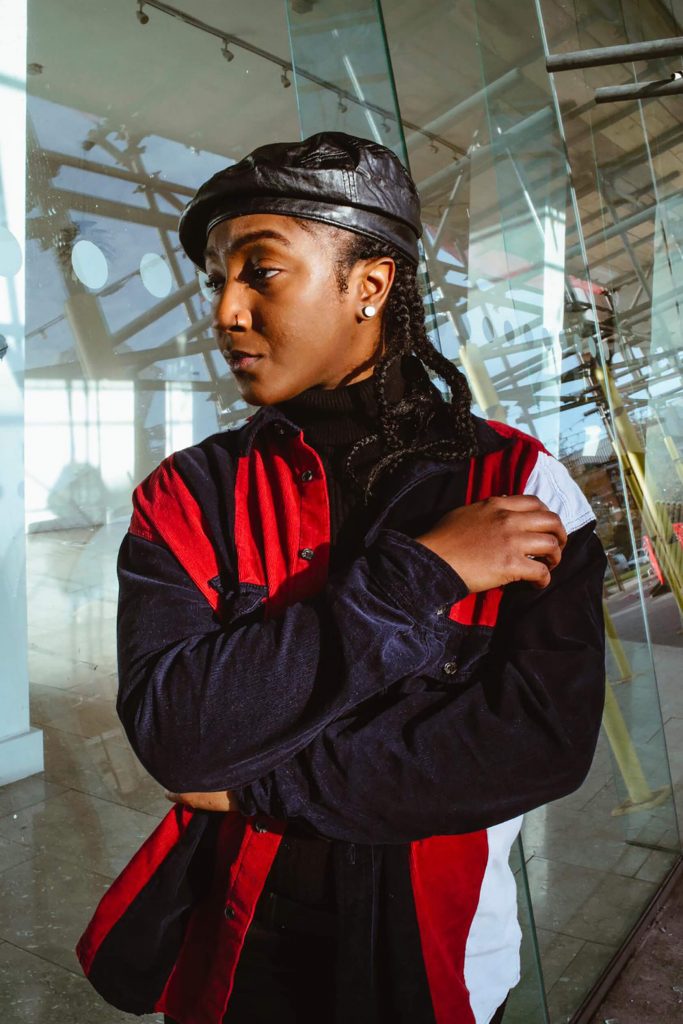 Lady Sanity is one of many great musical artists to have come out of Birmingham – producing music inspired by Jazz, Hip-Hop and Grime.

Having played at many venues and events across the city, including Handsworth/Hockley based urban festival The Flyover Show and the Shard End Park hosted Shardfest, Lady Sanity’s first major festival appearance was at Glastonbury 2016.

Sanity entered into a competition called ‘Glastonbury Emerging Talent’, which although she didn’t win, she benefited from immensely: “I was picked up by other bookers to perform smaller stages of the festival – I had three different slots during the weekend. It was an amazing experience”.

She also recalls performing as part of a Hip Hop conference called ‘New Skool Rules’ in Rotterdam, Netherlands. “There were people from America, Canada, UK,” told Sanity. “Artists who came from all around the world – it’s a great weekend to really jam and connect with people.”

A crowning moment for Lady Sanity was performing at the Gold Coast Australia-Birmingham handover ceremony for the 2018 Commonwealth Games, although it came as a surprise for the young artist. 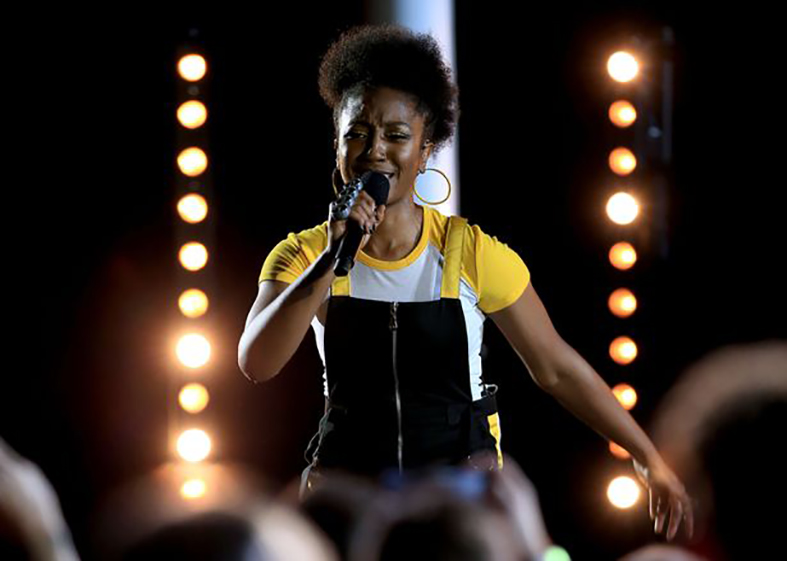 “I was asked if I was free for a couple of days. I went down to the Hippodrome for an interview and they said they had a gig for me – the Commonwealth Games gig! That was only the second gig that me and the band played together! They offered me a house-band but I wanted to keep my own musicians.”

Covid has been adverse for many musicians, making live gigs impossible – an important source of income for a touring musician like Lady Sanity. She estimates she had some “20-30 gigs cancelled” and numerous, potential last-minute requests unaccounted for: “I finished touring with Sound UK before lockdown, and I even performed with Pee Wee Ellis – he was James Brown’s saxophonist… Some gigs were postponed – I was supposed to tour Belgium.”

Nonetheless, Lady Sanity adapted to cyberspace, performing on many livestream gigs – including one facilitated by The Sunflower Lounge which she took part in “to support this amazing venue so it can stay open”. It wasn’t as enjoyable as the live experience, but for Lady Sanity it was still “good to get out to gig, although it’s not the same as interacting with a crowd”. 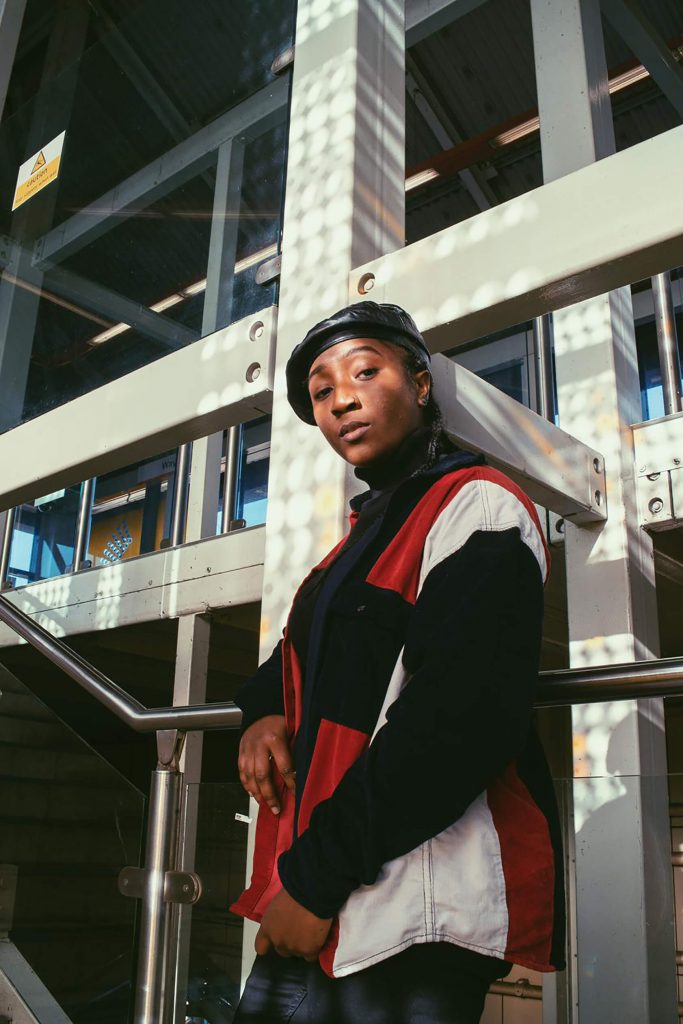 But the web is indeed worldwide, and during the coronavirus lockdowns Lady Sanity has “been in contact people around the world. I’m working with an Italian power ballad singer I met over the Internet… Now is the time I can sit down and work on EPs, because I’m not up and down doing shows.”

On a personal level, Sanity also believes the lockdown has allowed her to “slow down… It’s helped me be grateful for my life and family.”

Lady Sanity is now looking forward to a year of gigs-that-should-have-happened, as well as releasing her new single, ‘Love’ – coming out at the end of February 2021.

“It’s about the different aspects of love,” explained the Erdington born and raised artist, “your family, friends, and yourself.”

For more on Lady Sanity find her on Facebook at www.facebook.com/OfficialSanity