Oikos Café (part of Oikos Church) on Erdington High Street has brought an alternative vibe to the local area – one of high quality coffee, work meetings, and evening events which one might see in ‘swanky’ areas of London. Ben Jeffery is Oikos‘s centre manager, as well as a founding member of the Oikos Church. 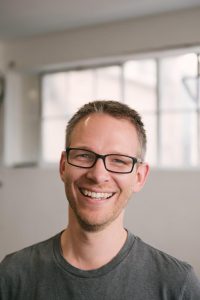 Prior to managing the café full time, Ben was a technical sales manager for a chemical company: “I travelled all over the country, in a nice company car, selling specialist chemicals to companies.” After what he described as a religious ‘calling’, he started to manage the café one year after it was founded.

Ben explains that Oikos “started as a house church over in Short Heath road.”

The pastor of the church, Jez Dearing, would host Christian gatherings in his house until they started renting a YMCA hall on Sundays on Turftpits Lane. They finally settled with the building they have now: “We felt God call us to have a presence on the high street – to have a bigger presence in the community.” Previously a furniture store, the building was eight years “totally derelict. This was just a shell. Front staircase, toilets, telephone, internet, central heating, office – literally it had nothing.”

If you visit the church-come-café, you would be forgiven for not thinking of it as a religious building. The lack of crosses, biblical quotes, ‘smells and bells’ is no accident – nor a mere symptom of the Oikos Church‘s ‘low church’ style, but rather a conscious effort. As Ben explains: “We wanted to make the barrier to entry (into the church) as low as possible”, believing that “in a post-Christian culture, one of the hardest challenges a church faces is people stepping through the doors.” 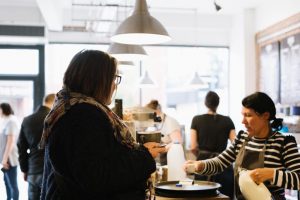 Although now a staple feature of the high street, the café had to fight its corner to exist, as Ben explains: “there was a lot of opposition from councillors who wrote to residents to try to oppose us opening a café.” Although forgivingly he states that “it probably came out of not understanding what we were about or what we wanted to do.”

A café in the day, Oikos is also available for hire by organisations who want to use the space. Ben lists the “Evening of Creativity, Nikki Tapper’s ‘Tapper Talks’, organisations like Urban Devotion, the GAP from Sutton, and wedding receptions” as those that they welcome and support. There was a local couple that wanted their reception in the café because of its central location, “because they love Erdington so much” as Ben earnestly tells.

Ben enjoys strong relationships with the organisations and partners who use the space: “It’s really important to get to know people – that process takes time.” 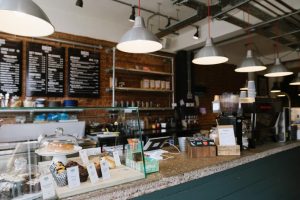 With the café very much at the heart of Ben’s day to day operations, he explains that he is “Constantly walking the tightrope between running the business of the café and wanting to do the missional work of the church”, referring to all of the jobs and trials he has to undertake as a business manager on a busy high street.

He tells: “the thing that drew me to the café was interaction with people. I’m naturally an extrovert by nature… There are a lot of people who come in here with interesting backgrounds and current things they want to talk about and share.”

Oikos had to transform itself as a church during lockdown. Their regular Sunday morning service, called “a gathering”, was closed for five months to the public from March until August. “We livestreamed a full service every Sunday,” tells Ben, “it wasn’t just like a quick Zoom call or a 20 minute sermon. We were very blessed to have somebody who does this as a job (livestreaming) and has the equipment.” 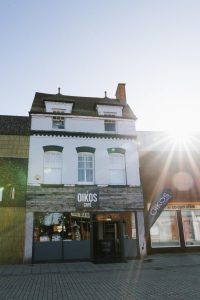 Ben explains that lockdown has really taken its toll on the emotional strength of the Oikos community: “Oikos means family – family is a big thing for us as a church. It’s very weird when you can’t physically meet or be together. That’s not what families do, right?

“We ‘feel’ that distance between people growing because they’re not able to be with each other in quite the same way.”

Despite five months of relative hardship, Ben’s eyes are set on making Oikos “a real part of making and helping things that go on in this community,” and remarks that “it’s something we still need to ‘grow in’.”

With a Costa now opened in Erdington, as well as new plans for the high street regeneration fund, Ben can still rely on Oikos‘s strong, reliable customer base moving forward – with people of all faiths enjoying the café and all the events it has to offer.

To find out more about Oikos Café, visit www.oikoscafe.co.uk