**First published in the August/September newspaper edition of Erdington Local**

Vera Gilbert is a former broadcast journalist and passionate Erdington local; a woman who has worked across a kaleidoscope of high profile regional and national broadcasters and newspapers throughout her career.

Her recent project, Truth to Tell, is organised along with several Erdington groups and individuals, providing an open platform for discussion on race and racism – currently held via Zoom.

Vera caught up with Erdington Local after Truth to Tell chose the recent racism directed at the young, black England football squad players as their topic of discussion. 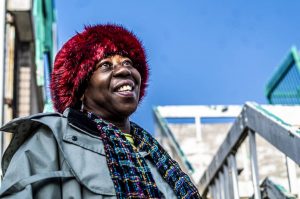 Our small team which had been doing a series of community Zoom conversations aiming to improve race relations in Erdington hurriedly decided to hold another conversation after the uproar following the UEFA Euro 2020 final game between England and Italy.

I hate to repeat the painful truth that England lost on penalties. But it was not as difficult to conceive the angle for our conversations – the people of Erdington had spoken in our local social media groups. It seemed incredible, but our theme was ‘Erdington United’.

Our local media showed Erdington people pouring out compassion for the team and the three young black players, 19 years old Bukayo Saka especially – also Marcus Rashford, who is 23, and a name known even to me a non-football follower. There was also Jadon Sancho, aged 25, and Raheem Sterling, aged 26, another name I’d heard before was also in there too.

What a thing! One would think that racism was something which involved not the many but the few.  Some people had been worried when we started ‘Truth to Tell’, the name of our Zoom programme of conversations, that we were stirring up race issues. 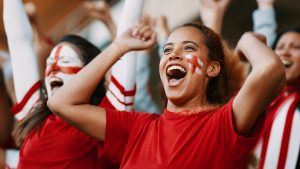 We the multi-racial team of organisers rooted in the Erdington community said we wanted to make life better. Some of the truths that the black people spoke of their life experiences of racism were hard to hear. Some of the listeners had not heard about such experiences happening right in Erdington.

One thing we have honed, and chalk up as a success, is that sometimes facing the same situation we do not realise we are not sharing the same perspective – e.g. angry black woman is in truth frustrated because she feels hurt and says so. The white person who sees no hurt, or is embarrassed says ‘shut up, you are stirring things up’. So, we reached a point of empathy without argument, just by listening and speaking one at a time without interruption.

People in Erdington, after Euro 2020 finals and the cascade, no, torrent of abuse against the young black penalty takers who hadn’t serve up the goals, showed unprecedented empathy, support, and love for the young players. 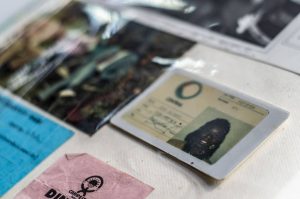 We England lost, yes. But our community gained a startlingly massive heart.

Here’s a truth: Erdington was so positive in this matter of race that we the Zoom chat organisers decided fair is fair – this is great news. How did this happen? Why? And could we ensure this positive sprit grew?

Our hurriedly arranged a Zoom conversation just a week after the match was so beautifully lively.  We were multi-cultural and multi-racial. Any hesitancy about speaking out was gone in the first five minutes. People were tripping over each other to speak. The strands of the conversation were varied from the issues of the penalty-ship, like how decisions about who would take it were made, to the agonies the young footballers experienced first over the loss, then over the online abuse.

Some around our virtual zoom table were not surprised at the ‘abuse’ spewed by ‘racist yobs; ‘twas ever thus – they can’t help themselves’. 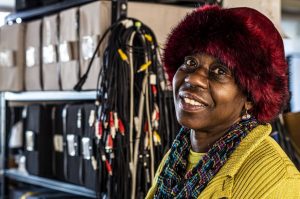 There was concern over the effects on young people. Another among us just wanted people to focus on the positive and be thankful; wishing for us all to live in peace and harmony never mind if we all thought her a Pollyanna.

Organising team leader, Gerard Goshawk, summed it up to me after the discussion: “The session was powerful, thought-provoking and felt an important conversation. I was so pleased to be part of an event like this, where all the participants contributed.

“There were lots of different perspectives, but I believe that in our own small way it will enable us to move forward and really truly ‘build back better’ as a community.”

I could write volumes about the slights and hurts of racism, but I reserve what little strength and energy I have now to being more direct and choosing my battles.

As a black Erdingtonian, I am not ashamed to accentuate the positive. This is my community too, made up of people born and bred in Erdington, old hands at life, newcomers, all shades of human.

We are mainly people who have invested and are investing too much effort into building good lives and continue to do so.

So, I roar like fans from the football stands; not that I have been on any famous ones… ‘COME ON ERDINGTON… Erdington united we stand and mix and mingle and laugh and cry and work and try not to be afraid.

As I finish this piece of writing in my mind’s eye, I imagine the whole of Erdington singing to each other like footie fans do on the terraces, ‘You’ll never walk alone’.

For more information on Truth to Tell and to join further discussion groups email Vera Gilbert at caribvean@gmail.com or Rev. Gerard Goshawk at everyoneerd@gmail.com