The UK’s funeral industry is estimated to be worth around £2billion annually, with an estimated 4,000 directors conducting 600,000 funerals each year at an average of £3-5000 per service. Britain’s death economy is big business. 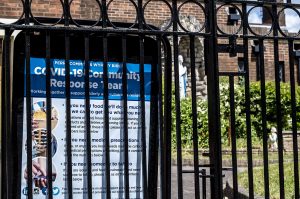 But honouring the dead is also paramount for people’s mental health and society’s social fabric – a respectable funeral is a helpful step in the grieving process, allowing people to say goodbye to loved ones whilst offering the emotional sanctuary of a traditional service.

During the COVID-19 crisis, however, funerals have taken on an even more sombre tone, as death tolls rise whilst places of worship across the country have been closed to stem the spread of the virus – building a backlog that has seen some funerals held weeks, even months, later than normal. 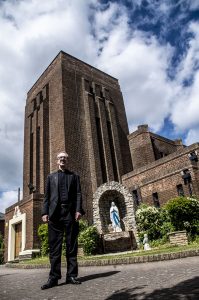 Along with the Government restrictions being imposed on funerals of all faiths, whatever your beliefs the COVID-19 pandemic has completely changed the way this vital part of human society is carried out.

As someone who would play the church organ at funerals pre-coronavirus, sometimes three times a week, I was interested in exploring the drastic changes people now face during this important part of the grieving process.

“It feels like their bereavement is suspended,” says Father Simon Ellis, the parish priest at St Margaret Mary’s Church on Perry Common Road, who has officiated over six funerals since the start of lockdown – unable to make two, as he was recovering from coronavirus himself.

“It’s been agonising… It feels like people have said, you go, I’ll stay at home. The overwhelming thing I’ve heard is that ‘they deserve more’… Normally there would be 50, 60, 150 people at the church or the crematorium. Now we can only have six,” the maximum number of mourners allowed, at that time, according to Birmingham City Council.

“And if someone has died of COVID-19,” continues Father Ellis, “people are not permitted to see their loved ones in the funeral parlour. They’re not permitted to touch the coffin. It’s something that will have people struggling with their mental health.” 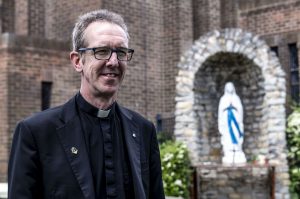 The Government guidelines have been put in place so that ‘mourners and workers involved in the management of funerals are protected from infection,’ according to the .Gov website. But this has caused anguish for many families, with some having to make tough decisions about who attends the funeral of a loved one and who does not.

But despite the hardships during lockdown Father Ellis has noted, “generally families seem to be sticking to the rules… All the families have been saying there will be something at a later date – whether that’s a memorial mass, a memorial service, or something followed by a proper reception. There are plans for the future.

“I feel genuine sorrow for people. Whether they’ve lost a person through COVID-19 or some other reason, they’ve been hurled into this new world… 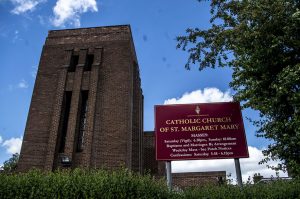 “It is very hard to experience this extra burden people are carrying. But it’s also remarkable how resilient and high-spirited people are being.”

The coronavirus crisis has also seen ingenuity, as people embrace digital platforms to combat the widespread physical restrictions. “Perry Barr Crematorium did have a system where they could relay the service outside,” tells Father Ellis – explaining a shift in how the funeral is conducted which allows more people to gather outside of the chapel area.

Some funerals are also being livestreamed for the benefit of those who can’t be attend in person, and Father Ellis has taken on the challenge: “[livestreaming] has always happened, but now there are more people are involved. What you’re trying to do in the service, which I’ve never done before is start at the beginning of the service is saying ‘if you’re following remotely, you are most welcome, we are thinking of you’. It’s just something to say, ‘we know you’re there.’”

But for all those who are grieving during the coronavirus crisis, it has been a whirlwind experience; as if losing a loved one wasn’t difficult already, not being able to have a conventional funeral has been a great shock to many mourners. 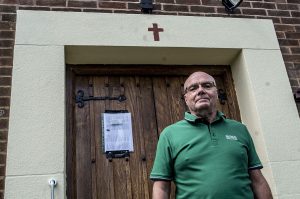 Steve Lafferty, who lives on Lambeth Road in Kingstanding, lost his brother, Charles, on the 4th April after a seven year battle to cancer. Under normal circumstances, there would have been a ‘receiving in’ ceremony the evening before the funeral, wherein the coffin of the deceased remains in church, St Margaret Mary’s, overnight.

“We’d have liked him (Charles) to go to church first, to St Margaret Mary’s,” explains Steve, “for the overnight, and then the service… then the funeral mass, in the church, then up to the crematorium for a little service there. 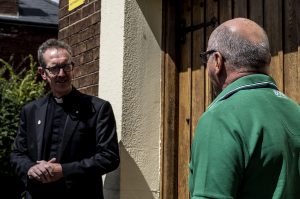 Part of a strong Scottish family, Charles Lafferty had many mourners wishing to pay their final respects. But with the numbers of attendees restricted, the family he left behind found themselves – like many across the country – having to make some difficult logistical decisions.

“He had six grandchildren, so the eldest grandchildren were to go,” tells Steve, crunching the numbers usually reserved for a wedding planner – Sandwell Crematorium, where Charles was cremated, are allowing a maximum of 10 mourners at each service. “Then his three children, his three brothers – his son’s partner, she came. But then my wife came, my other’s brother’s wife came…”

“They were quite good actually at Sandwell, they gave us a link,” continues Steve – explaining the digital streaming service Sandwell Crematorium were able to offer, “because I’ve got relations in Scotland and all that there, and they said the link was very good as well. 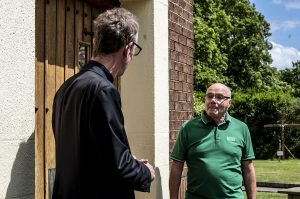 “They give us a code to put in – they set it up straight away, then told us – in a few weeks time – to just click here and it will automatically go through. It was really good. Where the camera was you had the coffin, the priest, the people that were there… it was really, really good.”

For Charles Lafferty, his funeral was to be well and widely remembered – despite all the coronavirus roadblocks now in front of a regular procession. But fortitude deserves fanfare, and whilst working within the Government guidelines the family were still able to say goodbye in their own way.

“I went down to the undertakers, Unwins on Rough Road,” explains Steve, “they said look Mr Lafferty, with the circumstances we’re in you can only have this, this, or this… no cars, only a hearse. And because we’re Scots we had a bagpiper performing. 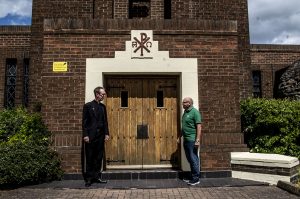 “So, what we did… where I live on Lamberth Road… I told all his friends to come, but they must keep social distancing all along the road. Don’t go to the crem, but do it along the road outside my house – and then the bagpiper played him up to my house.

“The three bothers and his family there, we walked in front and others walked behind, all the way up. Then they stayed outside my house for about five minutes for anyone who wanted to come up to touch the coffin – it was the only time anyone was allowed to touch the coffin – then I went down in front… You had the bagpiper, me, the lady from Unwins, and the coffin then followed me down the road and we were off to Sandwell (Cremetorium).

“I can’t knock Sandwell, and I can’t knock my undertakers down the road, especially under the circumstances. They were very, very good.”

For more information on how ‘births, deaths, and ceremonies’ are being conducted across Birmingham during the coronavirus crisis, visit www.birmingham.gov.uk/info/20016/births_deaths_and_ceremonies

For Government guidelines on ‘managing a funeral during the coronavirus pandemic’, visit www.gov.uk/covid-19-guidance-for-managing-a-funeral-during-the-coronavirus-pandemic