From 6am on Monday 27th July, Castle Pool will be back in business – making it the first of Birmingham’s swimming centres to reopen since the coronavirus crisis and national lockdown. But the four lane, 25m long pool has a bigger story to tell – a fantasy to an increasing number of local sports facilities across the country. Staying open. 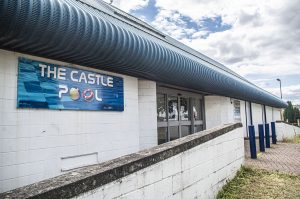 Inaugurated by Queen Elizabeth II in November 1981, Castle Pool has been a health and leisure haven for people across the Castle Vale estate for nearly 40 years – used regularly by residents, schools, and swimming clubs.

Now adorned with social distancing signage, public sanitation points, and staff specially trained to manage the pool in accordance with guidelines from Public Heath England, the Farnborough Road facility is hoping for a quick and safe return to the “50,000 swims a year” they hosted before lockdown.

But life in the lanes at Castle Pool has not always been as confident or as certain. Back in 2012, Birmingham City Council had earmarked the pool for permanent closure – following a citywide evaluation of council run services that would see a swarm of facilities shut down for good. 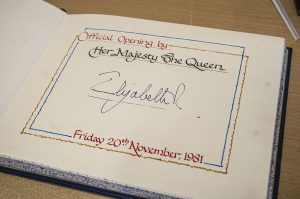 However, the people of Castle Vale fought fearlessly to save Castle Pool – in a campaign started by local resident Amanda Cutler, that became the Castle Vale Pool Users Group.

“My son swam here for years, he swam here since he was four years of age,” tells Amanda, who now works at Castle Pool as the Pool Support Officer.

“He was doing lessons at the time, then all of a sudden someone said the pool may be closing. So, I started a petition – I went all round Castle Vale and got over 20,000 signatures. I didn’t know where to go with it but the Labour councillor at the time, Lynda Clinton, helped from there on.

“There were a lot of pools closing down and this is the only facility on the Castle Vale estate for children. We were teaching children how to swim, for free. And we didn’t want that to stop. 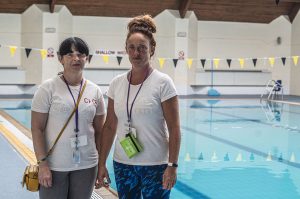 “My son has now become a swimming teacher and a lifeguard here. So, it’s created jobs too. But swimming is a life skill; everybody needs to know how to swim.”

Enlisting the further support of the Castle Vale based support agency Spitfire Services, the Castle Pool Community Partnership charity was formed in 2014 – allowing campaigners to get the checks, balances, and bank account in place for Birmingham City Council to agree an asset transfer. On 16th January that year, the responsibility of running Castle Pool was put directly into the hands of people who live and work on the Castle Vale estate.

When previously run by Birmingham City Council, Castle Pool was operating at a phenomenal loss of £250,000. But following the asset transfer in January 2014, Castle Pool has turned a profit every year since – managed by a team of local residents and community workers. 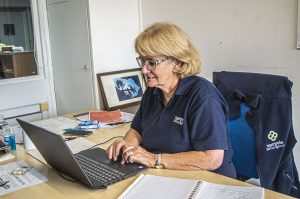 “If you were to ask me, why did they (Birmingham City Council) sustain a £250,000 loss and you didn’t,” explains Judy Tullett – Community Services Coordinator at Castle Pool – part of the
Spitfire Services charity family of services.

“The reason is… the model is, making use of the pool from 6am to 10pm seven days a week. Or as much of it as you can. Having a mixture of (paid) staff and volunteers, and actually using your staff in the best way you can.

“Most of the time, it wipes its face,” continues Judy, “it makes a small surplus. Partly because it’s a charity and we can attract funding. So, that helps. But it’s more about the way you manage and deliver your swimming service.

“if you take a typical day, because that’s the best way to look at it, early morning you’ve got club swimmers who swim at 6am – the swimming clubs are all accredited and they look after themselves. There’s an agreement in place but there’s sufficient trust for them to open up, look after themselves, lifeguard it themselves, leave it as they find it. 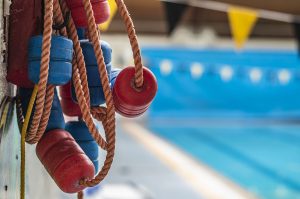 “Then the staff will come in at 8am and prepare the building for the schools – in our case we have local schools start at 8:30am. We also have between 20-30 lane swimmers several lunch times a week, then by 3:30pn the schools have finished. This gives us a chance to clean up.

“Then at 4pm we start the swimming lessons – there’s a baby learn to swim group, we’ve just water aerobics – and at 6pm the clubs come back in. Every evening, except for Saturdays, the pool is then occupied by clubs. We shut at 9pm or 10pm.”

With ergonomics and community at its heart, Castle Pool began to flourish – encouraging constant use from not only the residents of Castle Vale, but from clubs and schools across the city. And with regular swimming instructors and lifeguards, as well as offering exclusive use to schools and swimming clubs, the safeguarding of young and vulnerable users at Castle Pool was much firmer. 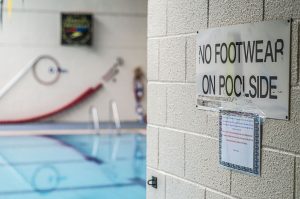 “We now have 26 schools using Castle Pool,” explains Judy. “Many of them drive past other swimming pools to come to us. Firstly, because we’re affordable. Secondly, because we’ve had the same lifeguards and swimming instructors since we opened – and they’re all local people.

“Thirdly, they have the pool to themselves – so they’re not sharing the pool with the general public. They have the changing room to themselves, so in terms of safeguarding it’s amazing. They know that when they walk though those doors they’re the only ones there apart from staff and volunteers.”

Castle Pool is reversal of fortune that could make parts of Birmingham City Council blush – not to mention other administrations across the UK that are selling land, bricks, and mortar to in an effort to raise funds. And whether you blame apathy or strategy, when the questions of heritage and health get raised the public conversation can be increasingly drowned out. 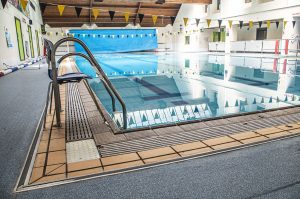 But the success of Castle Pool is also a welcomed inspiration – with the team from Spitfire Services travelling across the city to assist the asset transfer of Moseley Road Swimming Baths in Balsall Heath, that had been under serious treat of closure for over a decade.

“I worked with them (Moseley Road Swimming Baths) for about 15 months in the end,” explains Judy. “They invited me over because I have a passion for swimming and water – and because I’d previously done an asset transfer so I understood the language and I knew the people from the council who would be passing the asset over.

“They had a group called Friends of Moseley Road Baths and had campaigned tirelessly for about 10 years. But they (Birmingham City Council) brought me over and employed me as Development Manger to help with the asset transfer. 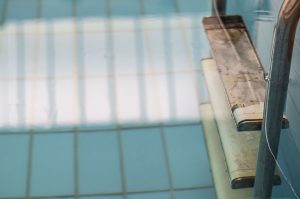 “What we negotiated was a licence, initially, that would allow Moseley Road Baths trustees to build up more expertise and get to know the building more. So, that never shut either.”

Back on the Castle Vale estate, the staff at Castle Pool are busy getting ready for the early morning reopening – running through their standard checks, alongside the new COVID-19 criteria that are now essential.

And whilst there is still a lot to do, people are buzzing with enthusiasm – excited to reopen the swimming centre they fought so had to save six years ago. The mix of dedication and love is as palpable as the hot air rising off the water.

“Everybody works hard here, everyone does more than what they are supposed to,” adds Debs Henry, or ‘the amazing Deb’ as she is known by her colleagues – as she cleans, opens, and closes the entire site on her own. 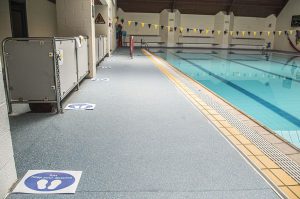 “It’s because we love it. It’s not like a job really, it’s something you look forward to. It’s the best job I’ve ever had. I just keep everywhere clean and make sure everything is secure – but they’re all hard workers here.”

Although Castle Pool still has a few dark clouds looming on its horizon, requiring some much needed maintenance to the existing plant room – which encompasses the pool’s boiler and filter systems. Even with a firm pair of hands on the budget the work will take another £100,000, and that’s a lot of swimmers buying a lot of snacks from the vending machine.

But the locally run swimming centre, which has already fought its way back from the brink to become a national success story of community endeavour, is not backing down – with a fundraising strategy and programme of supportive events already in place.

“If you were to ask me what is our No1 challenge is going forward,” tells Judy, “it’s not about recruiting volunteers or staff – it’s not about the use of the pool. It’s about making sure that our plant is fit for purpose. 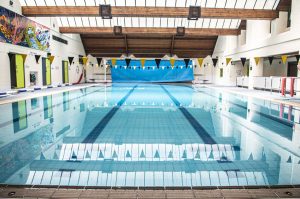 “Our next big campaign, and we were part way through it before COVID-19, is developing a robust financial model to replace our boilers and filters

“And we want to do it all without closing, that’s important…. the actual fabric of the pool is good, but our main priority now is the plant room.”

Castle Pool is situated on Farnborough Road, Castle, Vale, Birmingham – and will be open from 6am on Monday 27th July. To find out more about Castle Pool, visit www.facebook.com/CastlePoolCommunityPartnership