It’s Halloween, and as trick or treating is another COVID victim why not explore why ghost hunters still flock to Erdington. 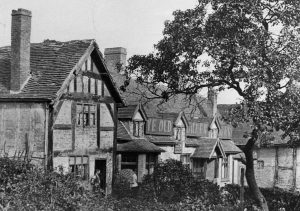 If you believe in the paranormal, or if your things-that-go-bump-in-the-night are more down to carelessness, there can be no doubt that Erdington has more than its fair share of ghost stories.

Whether it is the ‘melting woman in the phone box’, the old fella in the Lad in the Lane or the vanishing woman of Pype Hayes Park, these stories have been passed down the generations of Erdington locals.

Even if these stories have been embellished, altered, or given a splash of colour when told across pub tables or playgrounds, they have become part of who we are – a good ghost story is part of our oral history tradition.

Erdington Local can reveal there are new ghost stories happening now, as the unexplained is explored in a new book from local authors – They Walk Among Us – released this Halloween.

The ‘melting phone box woman of Station Road’ is one of the most talked about ghost stories in Erdington. Two men were waiting to use the phone in the 1970s, a woman was in the box, and after a long wait they asked her how long she would be… only to find she had ‘melted away’. 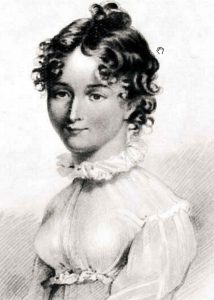 The story gained traction, now local folklore says it was a young mother who ran to the phone box to phone the fire brigade as her house was on fire, her children died, and she committed suicide not long after. The phone box, however, could not survive the onward march of progress and was removed due to the popularity of mobile phones.

The Lad in the Lane is the oldest pub in Erdington, once called Ye Olde Green Man, so it stands to reason there would be a ghost story attached to the premises which dates, back to 1400. Ghost hunters claim the Bromford Lane pub has “considerable poltergeist activity” and a grey shadowy figure is said to roam the site.

If anywhere in Erdington would have a reputation for ghostly goings-on it would be Pype Hayes Park. The historic park, which has connections to both the famous Bagot and Arden families, also has a macabre side.

Society belle Mary Ashford was found dead in the park on May 27th 1817, she had been sexually assaulted and been thrown into a pit where she finally drowned. The gruesome murder took place after she had been to a dance at the Tyburn House, when she was just 20-years-old. Castle Bromwich man Abraham Thornton was eventually tried and acquitted of the crimes, not once but twice.

But Mary’s ghost is still said to roam both the park and the Tyburn House, angry at her attacker who was never brought to justice.

Bizarrely enough, 160 years later on the same day – 27th May, Whit Bank Holiday Monday, 1974 – Barbara Forrest, also 20 and also returning home from a dance, went missing only to be found dead on the edge of Pype Hayes Park. 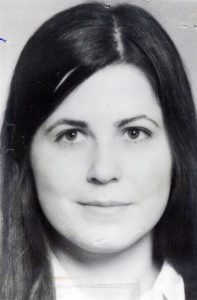 Incredibly, a man named Thornton was also arrested, charged, and eventually acquitted of her murder – her co-worker at a children’s home, Michael Thornton.

However, the most cited ghost sighting in Pype Hayes Park is that of a young woman in an old fashioned, yellow dress who has been seen floating through the park. She is said to walk towards a tree but vanishes and never come out the other side. The West Midlands Ghost Club took the story so seriously they investigated it in 2008.

A Roman Centurian is also has been seen wandering across the Chester Road near Pype Hayes Park too, alongside a white misty figure who takes a seat on the stone bench in Tyburn.

It is surprising locals can get a seat at The Tyburn House with all the ghosts believed to haunt the place. Yet a friendly monk called Fred is believed to be a regular there, with several licensees having reported a “dark human shape” jump past them on the stairs to the cellar.

On Erdington High Street, there have also been sightings of ghosts at the Roebuck Inn. Poltergeist activity has been reported at the old watering hole – as glasses were found smashed all over the function room and a pool ball has been thrown through a window, from inside, during the night. A barmaid was also covered in shards from exploding sherry glasses and a figure in a white shirt has been seen sitting in a locked, darkened restaurant. 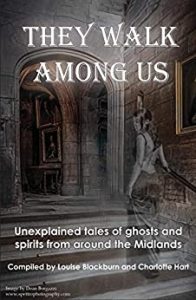 There have been other ghost stories attached to the railway arch on Station Road (a monk with a lantern), Orphanage Road on the site of the old orphanage (crying children heard and the caretaker wandering around), and a 16-year-old girl with an expressionless face in Woodend Road.

However, there are new ghost stories also popping up in Erdington, Kingstanding, and Perry Common.

Two friends who met at school used their time in lockdown to write a book about new ghost stories in the West Midlands called They Walk Among Us, and Eridington was not without it’s spooky spectres.

Kingstanding journalist Charlotte Hart and Perry Common writer Louise Blackburn are releasing their book on this Halloween and have told Erdington Local about ghostly-goings on in Erdington.

Charlotte, 42, said: “One the best tales in the book is in Erdington. Someone reported thinking they’d run someone over by the cemetery but when they got out of the car to investigate, there was no-one there.

“Our contributor said he’d be left very shaken by it, it left him feeling chilled.”

She added: “Another story involves a toddler from Kingstanding regularly talking to someone at the if her bed in the middle of the night – and an Erdington couple who told us about her TV jumping from a chest of drawers to the floor on the other side of the road without getting damaged and waking the cat up. 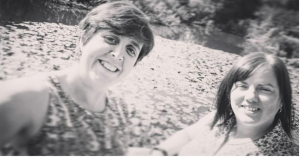 “There’s other stories about people being visited at Good Hope Hospital and spooky events at Highbury Theatre in Boldmere.”

Louise, from Perry Common, was amazed with the response when she asked for contributions from people with modern ghost stories.

She said: “It’s impossible to check the integrity of people’s stories because they’re all first-hand accounts and if people tell us something has happened, then that is good enough for us.

“It’s up to the reader whether they believe something or not, and different people accept varying levels of paranormal activity.

“If the stories we have shared make people question what they are willing to believe, then we will have achieved what we set out to.”

They Walk Among Us – Unexplained Tales of Ghosts and Spirits of the Midlands is available from 31st October. For more information and links to online purchases, visit www.amzn.to/34yvlm9

To find out more about ghost hunts in the Midlands visit  www.hauntedhappenings.co.uk/ghost-hunting-events/West-Midlands