Erdington Councillor Robert Alden has called selective licensing a “blunt tool” in tackling the “toxic situation” caused by Exempt Accommodation in Birmingham, as it “simply displaces the problem to other parts (of the city).” 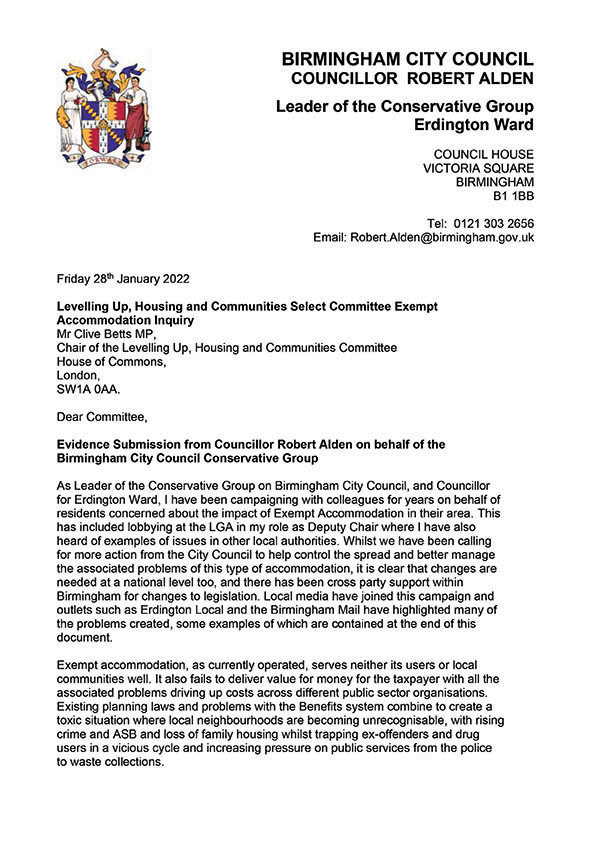 In a letter written to the Levelling Up, Housing and Communities (LUHC) Committee on Friday, 28 January, the Erdington ward representative and Leader of Birmingham’s Conservatives called for “the ability to impose city wide selective licensing before severe problems appear”, warning anything less would leave officials “forever chasing the issue around the city.”

28 January marks the last date for evidence submissions to the LUHC Committee, who are currently leading an inquiry into Exempt Accommodation – following widespread reports of how the supported housing loophole is manipulated by providers.

Cllr Alden’s letter also offered a further list of solutions to the LUHC Committee’s Exempt Accommodation inquiry, including reforms to the UK’s planning laws and benefit system to stop “perverse incentives for unscrupulous landlords to offer this type of accommodation”.

He further suggested “the provision and development of supported housing” should be “the remit of local councils, based on a duty to assess local need” – giving priority to “those who cannot remain in their local area due to exceptional circumstances (e.g., escaping domestic violence)”. 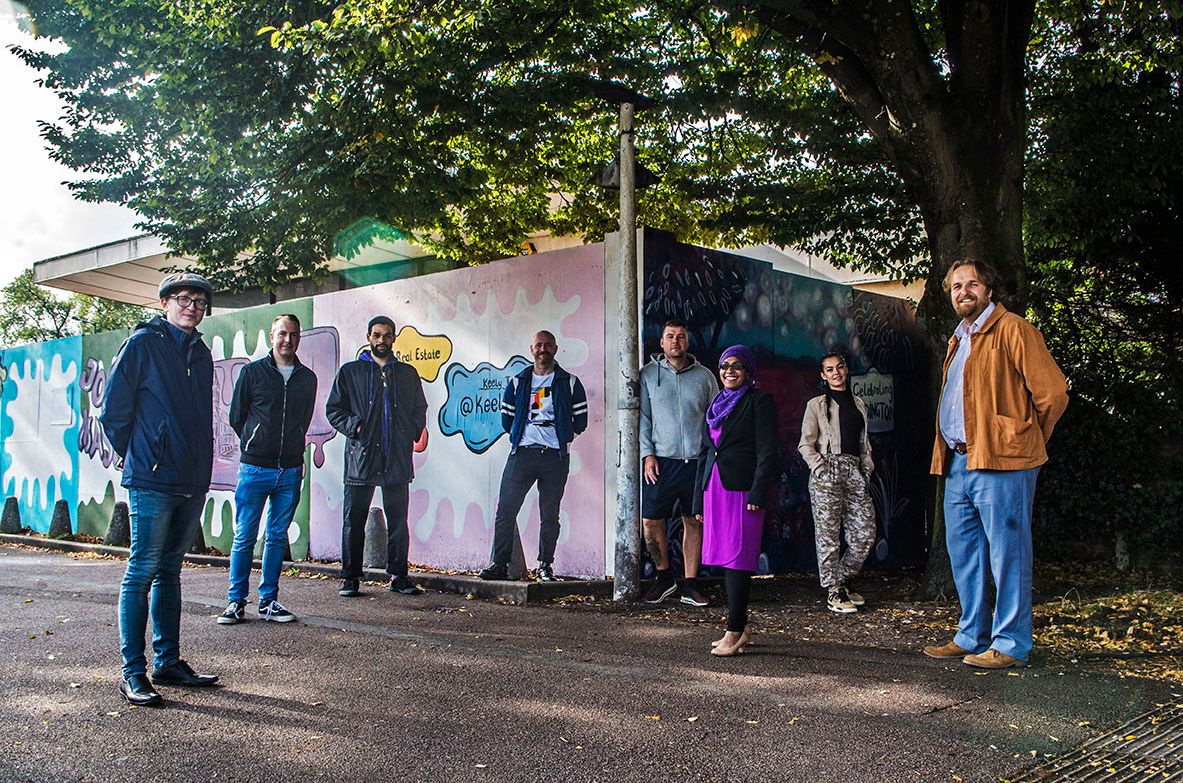 Cllr Alden’s concerns over Exempt Accommodation are mirrored by many across the community, people who have watched the suburbs they grew up become shattered and hostile.

And whilst the problems may lie heavier from one postcode to another, fears are the systemic ills will only continue to spread.

Estelle Murphy from Short Heath Residents Action Group explained: “There are a lot of issues surrounding HMO’s and Exempt properties. The dire conditions people are forced to live in and the effects to the surrounding area can be extremely distressing and stressful to all concerned.

“My worry is that unless legislation is changed, what is one area’s problem today, like Stockland Green, will be another area’s problem tomorrow. Once one area becomes blocked to them (Exempt Accommodation providers) they just move somewhere else.” 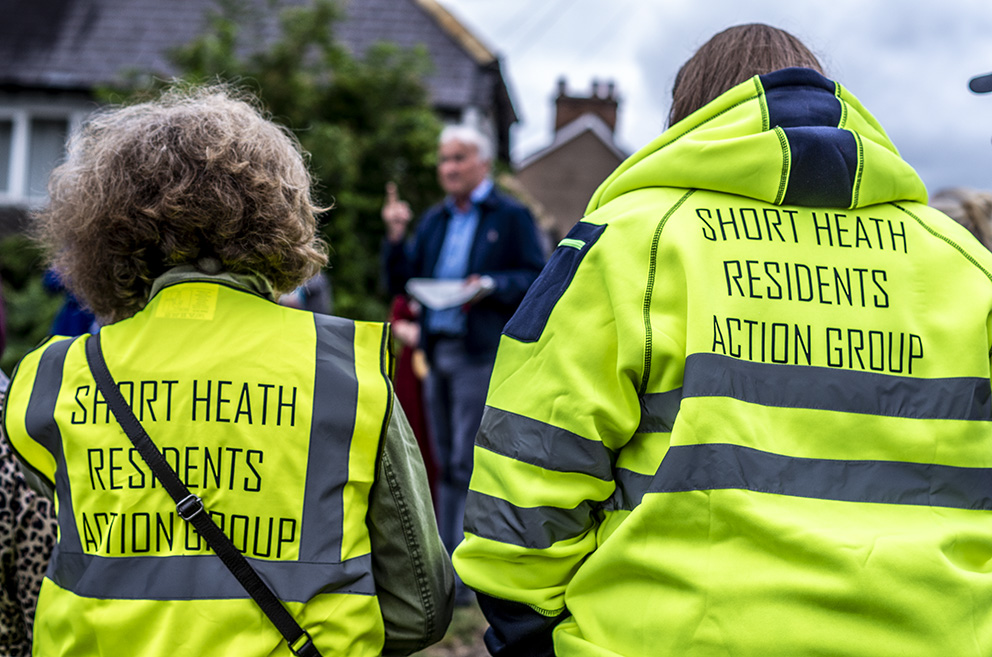 Exempt Accommodation began in 1995, identifying local housing for tenants needing ‘care, support and supervision’ – from people on bail to those escaping domestic violence – that could bypass existing rent regulations.

The legislation opened up the commercial market to offer shared social housing, but also allowed private landlords to jump over the Housing Benefit restrictions and charge a surplus to the Local Authority – who would in turn seek reimbursement from the Department of Work and Pensions (DWP).

In Birmingham, Exempt Accommodation providers have been found to charge over £200 per week for a tenant living in accommodation Birmingham City Council would cap at £50-100.

Recognising the cost implications of the current system in his letter to the LUHC Committee, Cllr Alden further added: 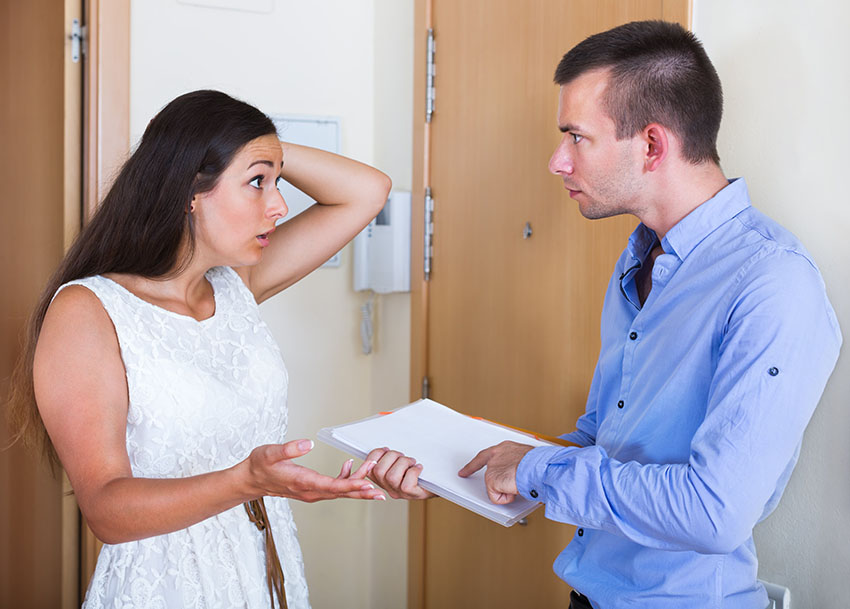 “In Birmingham the average Local Housing allowance shared accommodation rate is £57.34, the social housing general needs average weekly rent for Birmingham is £95.05 yet the Birmingham average exempt housing rent is around £200 per a week and they are able to charge this by simply providing one hour of unregulated support a week.

“With 22,000 individuals in Birmingham currently placed in exempt accommodation, this is a cost to the treasury of £228.8m per year just in Birmingham.”

Alden’s letter continues to challenge a “a lack of cooperation between local authorities”, which has seen people from other cities moved into Exempt Accommodation in Birmingham – often exacerbating neighbourhood issues over crime, infrastructure, streets safety, and litter.

He states: “Exempt accommodation, as currently operated, serves neither its users or local communities well. It also fails to deliver value for money for the taxpayer with all the associated problems driving up costs across different public sector organisations. 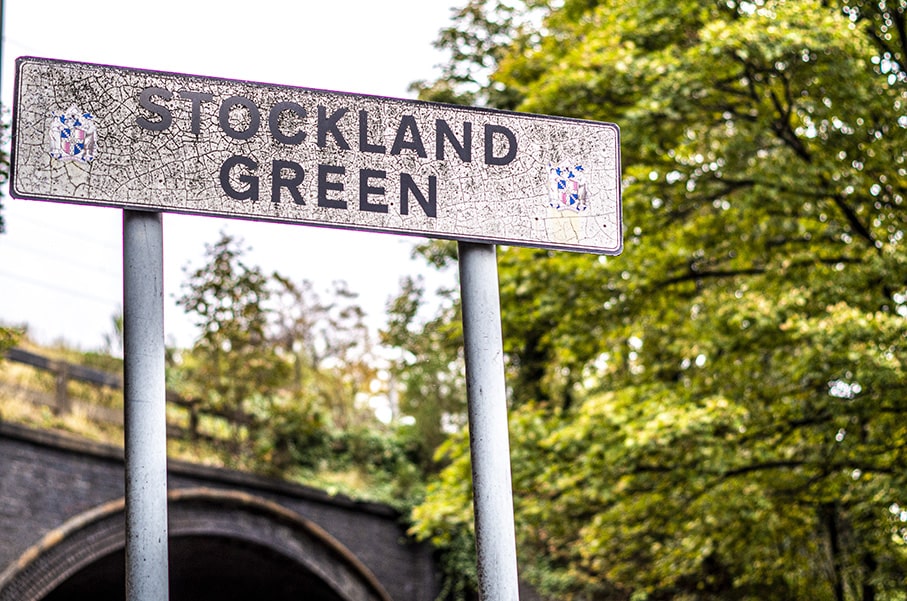 “Existing planning laws and problems with the Benefits system combine to create a toxic situation where local neighbourhoods are becoming unrecognisable, with rising crime and ASB and loss of family housing whilst trapping ex-offenders and drug users in a vicious cycle and increasing pressure on public services from the police to waste collections.”

Erdington’s neighbouring ward of Stockland Green is one of the most affected suburbs in the UK by Exempt Accommodation, with the number of citywide claimants reportedly doubling in the past three years alone.

Stockland Green Councillor Josh Jones had been working on a plan to tackle the Exempt Accommodation crisis with the recently deceased Jack Dromey MP, outlining “action points… back in the summer of 2020”.

He told Erdington Local: “Exempt Accommodation is not something that’s going to be solved easily. It needs to be attacked in multiple ways.

“There needs to be mandatory licensing for all rented accommodation, whether that’s in the private sector or registered social landlord sector. 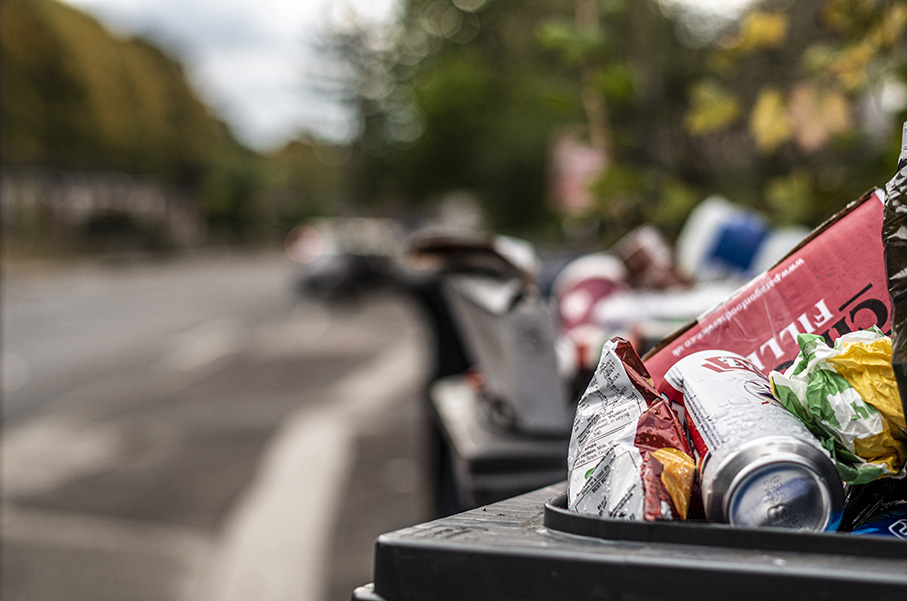 “The housing regulator needs to staffed better than they currently are, there needs to be… in every region round the country, particularly where there are big cities, there needs to be an office with additional staff put there to properly regulate the sector.

“Too many people are looking at Exempt Accommodation in isolation, it needs a whole holistic approach to deal with it – it needs to look at the NHS, community policing, mental health funding, and housing in general. It needs to be a whole area and a whole sector approach.”

A current Slade Road resident, who wanted to remain anonymous for fear their housing provider would evict them, told Erdington Local:

“I have a chronic health condition and was registered homeless, eventually being moved up to Birmingham from London. 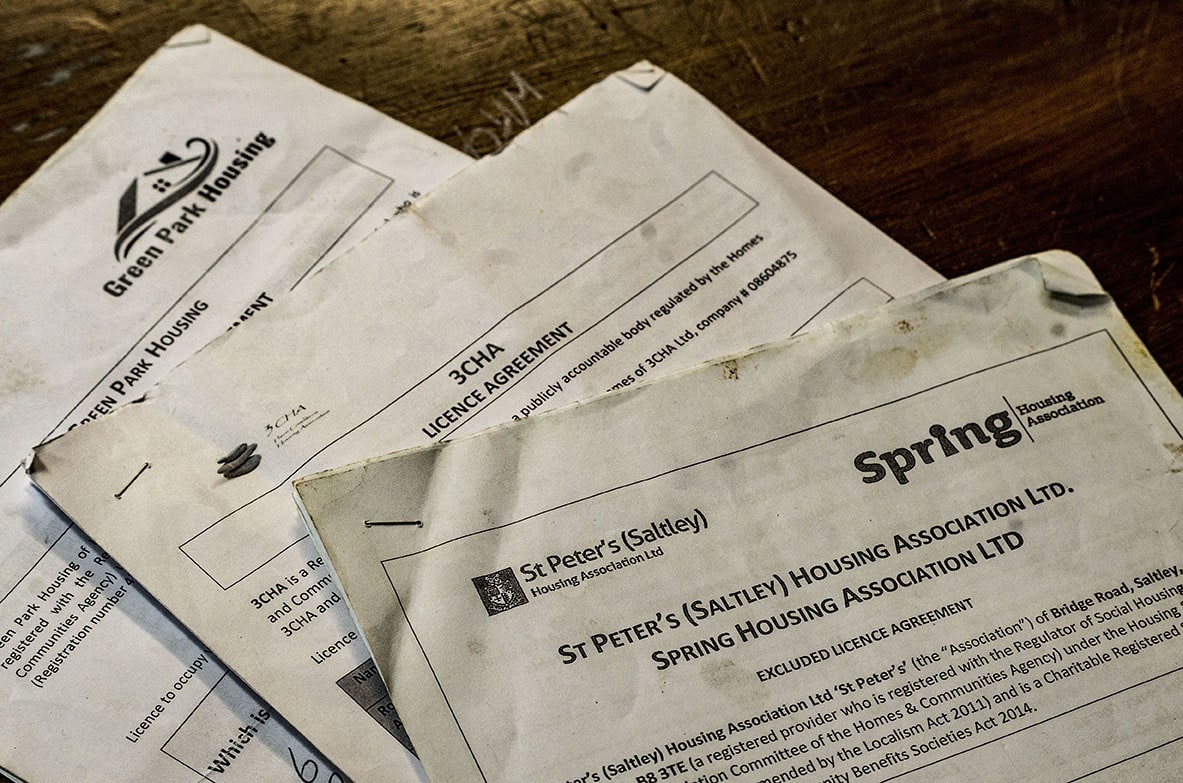 “They (the housing provider) don’t care about the welfare of their tenants; they’re only interested in money. They get around £233 per week from me living here.

“We only get two hours of heating a day and there is a list of improvements that need to be done – including allowing a fire exit at the back of the building – that have not been looked at in months.

“Plus, there is a couple living here and the police have been called out several times over domestic violence. But they’re both aggressive.

“Sometimes I have to lock myself in my room; it’s not a safe place to live.”

If you have been affected by any of the issues mentioned in this article, we want to hear your side of the story – email: mystory@erdingtonlocal.com