The inspirational American mother of a boy murdered in the Sandy Hook school massacre in 2012 has funded ten new bleed control kits for Kingstanding. 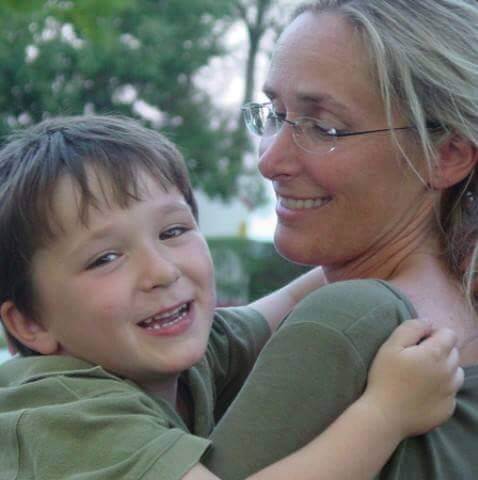 Scarlett Lewis’ life changed forever when she was told there was a shooting at her six-year-old son Jesse’s school in Connecticut.

When the frantic mother got to the school parents were heading home with their traumatised children. However, Jesse was nowhere to be seen and neither were most his elementary class or his teacher.

As the day unfolded the full horror of what happened inside the school became clear. Armed with an assault rifle, former pupil Adam Lanza shot and killed 20 children and six teachers before turning the gun on himself – earlier in the day he had murdered his mother, a former teacher at the school.

Scarlett told Erdington Local: “I put my children on the school bus and assumed they would come home safe. I never thought in a million years my son would be shot in the forehead in his classroom in one of the worst mass murders in US history.

“I knew it became my responsibility, so I dedicated the rest of my life to do what is right as these shootings are 100% preventable. It’s just like tackling bullying and drugs, we need to tackle the causes of these problems.” 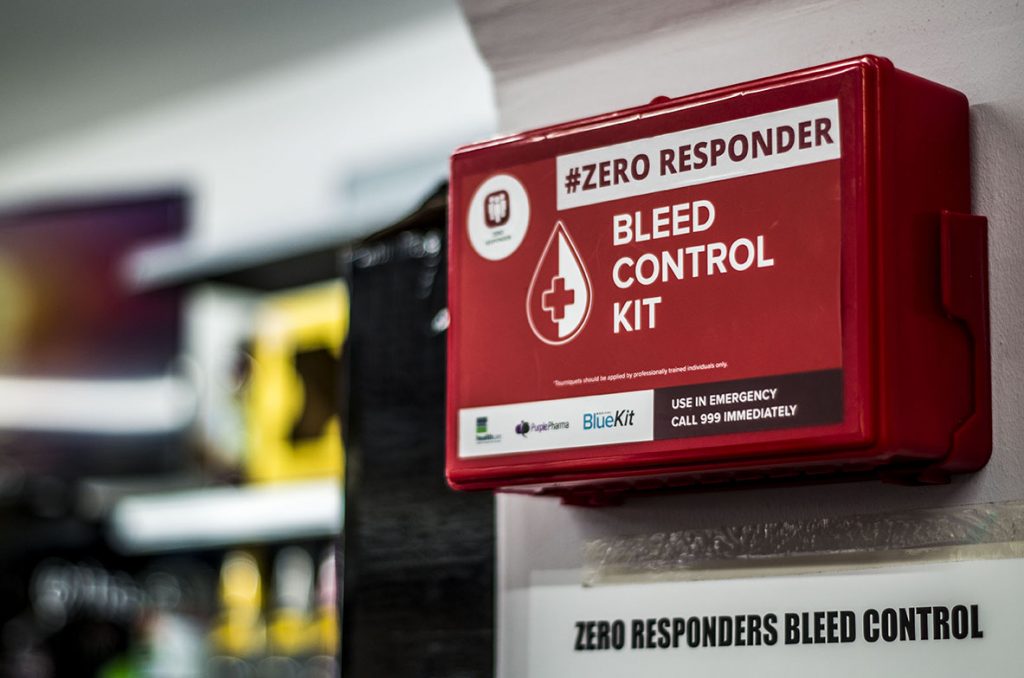 The Sandy Hook massacre remains the USA’s most deadly school shooting and sparked a campaign to tighten America’s notoriously lax gun control laws. However, Scarlett wanted to understand why so many young people kill.

She said: “The tragedy could have been averted with social and emotional intelligence.”

The first step of Scarlett rebuilding her life was to forgive the mass murderer who killed her son.

She said: “I forgave him, he was not treated well. He had special needs which weren’t known. Often was seen in the cafeteria by students crying and shaking with anxiety and the only person who would comfort him was the anxiety. He was bullied, so I felt compassion for him.”

However, what Scarlett could never expected after losing her son in a national tragedy was being the target of internet trolls accusing her of being involved in a conspiracy claiming the entire massacre was fabricated.

She said: “Conspiracy theorists do not have the strength to believe something as awful as Sandy Hook could happen in their country, they would rather believe I am a ‘crisis actor’ and the whole thing was made up than face up to the truth and be part of the solution.”

Scarlett’s negative social media experiences were outweighed by the support she received by other bereaved parents.

She said: “Almost immediately afterwards I had parents of children who had been killed in similar circumstances reach out to me offering support. They helped me realise I would survive and now had a voice which would be listened to, which is why I decided to be part of the solution.”

Reading a heart-breaking message from her son, who saved the lives of several children by urging them to run as the gunman reloaded, also deeply affected Scarlett. 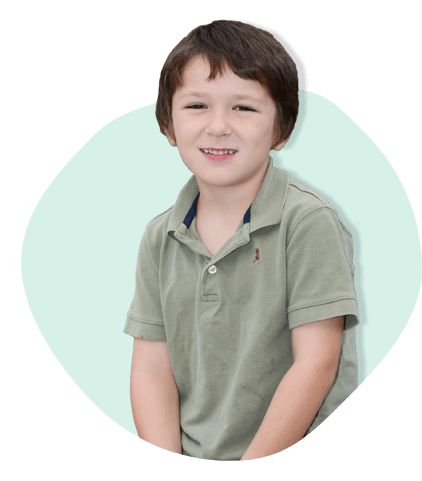 “Jesse wrote a chalk board message right before he went to school that day which I did not see until afterwards.

“He wrote ‘have some fun’ to his brother and then three words ‘nurturing, healing, love’. I knew instantly if the shooter had been taught to give and receive nurturing, healing and love the tragedy would never have happened,” she said.

“I also wanted to be a role model for my 12-year-old son TJ, I did not want him to spend his life angry and I wanted to be free of anger too.”

Scarlett began researching social and emotional learning and founded The Jesse Lewis Choose Love Movement which now offers free programming in 10,000 schools across every US state and in 110 different countries.

Scarlett believes love is the key to preventing mass murders and every child should be taught about emotions, connections, and relationships.

President Barack Obama was deeply upset by the Sandy Hook massacre and even addressed the nation from the school days after the tragedy. He failed in his bid to tighten gun laws but introduced Scarlett to his sister, a professor who helped launch the foundation. 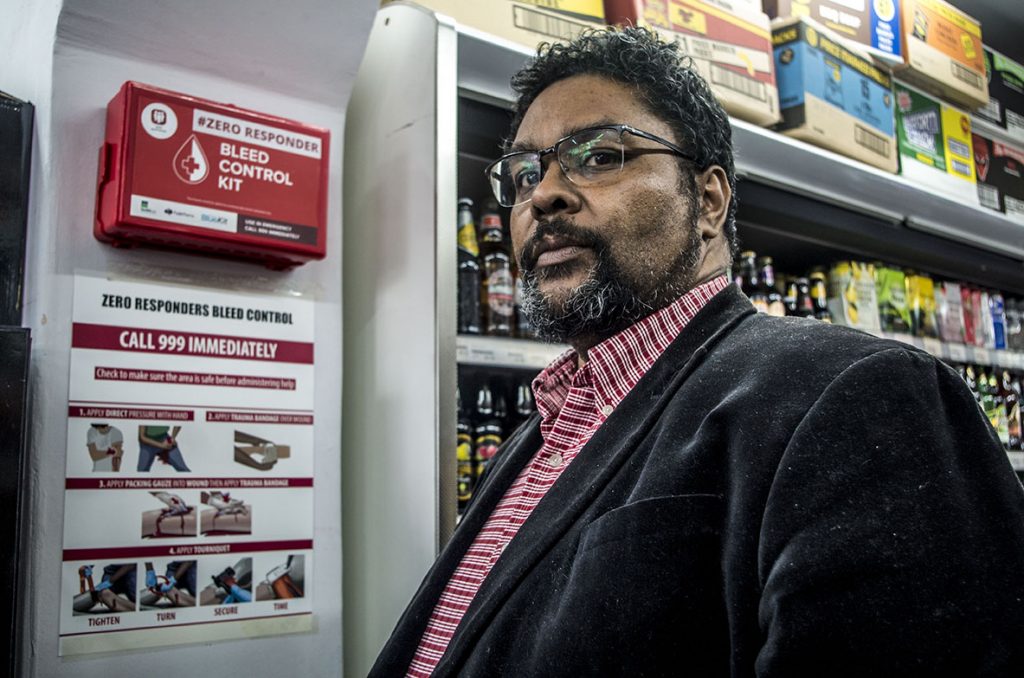 Kingstanding’s first bleed control kit was installed in October but another ten are needed for the area to be covered.

When Scarlett heard about deadly consequences of knife crime in Birmingham, she offered to purchase ten new kits, immediately.

“I totally understand the concept of zero responders and how bleed control kits can save lives. It took more than seven minutes for emergency services to get to Jesse’s school and a bleed control kit could have saved lives,” she said.

Bishop Desmond Jadoo and Majid Khan, from Yes2Life  – a Birmingham based group ‘campaigning against the effects of gun & knife crime’, were so impressed by Scarlett’s humanity they volunteered to be UK ambassadors for her Choose Love Movement.

Bishop Jaddoo said: “For a mother to forgive the killer of her six-year-old son, choose love and dedicate her life to saving lives is incredibly inspiring and because of her generosity lives will be saved in Kingstanding.”

For more information about bleed control kits and the work being done by Bishop Desmond Jaddoo visit www.desjaddoo.org.uk