After weeks of a fiercely fought campaign trail, with twelve MP hopefuls from mainstream parties and independents in the running, Labour’s candiate Paulette Hamilton has been voted in as Erdington’s next Member of Parliament. 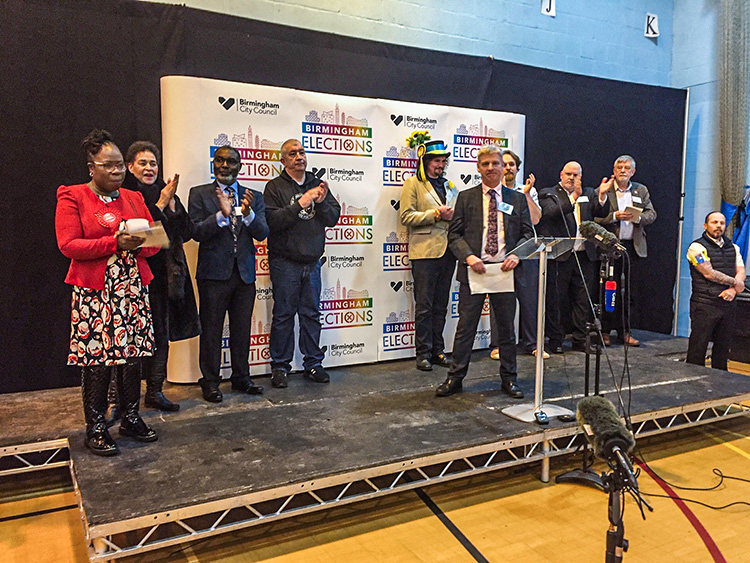 Winning with 9,413 votes, a majority of 3266, the Holyhead councillor will now be on her way to Westminster as Erdington’s next voice in the House.

Despite a significantly low turnout, where only 27 % of registered voters made their way to a polling station earlier in the day, Birmingham Erdington remains a Labour seat – one the pary have held since 1945.

“Thank you to every single person who used their vote to vote for me,” Hamilton told the crowd at Erdington Academy, where ballot papers had been counted since before 11pm on Thursday night.

She continued: “I am truly honoured and humbled to be elected as the Member of Parliament, I will not take your vote for granted.

“I have met many of you and I have heard what you have to say and I commit to you now, I will work for you – for Erdington, for Castle Vale, and for Kingstanding. I have made promises to you that I intend to keep and I cannot wait to get started. 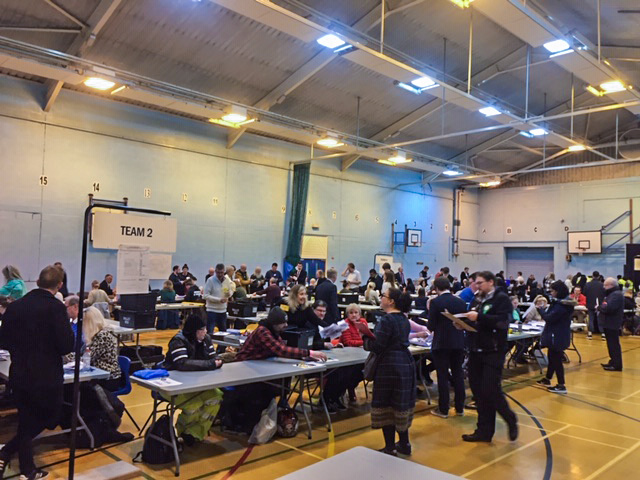 “I will be your voice in Westminster and challenge this government to get a better deal for Erdington.

“It’s what we deserve, it’s what you deserve, and the work starts now to get it done.

Having been focused on the quickly called by-election, with the Labour Party whip’s office announcing the early March date only hours after Jack Dromey’s funeral – Erdington’s previous MP who died on 7 January – Paulette Hamilton is hoping to take some time to mourn for her father, who also died tragically as her campaign trail began.

But the long serving councillor and freshly appointed MP is already making plans to serve her new constituency, as she assumes her new role as political champion for Erdington, Castle Vale, and Kingstanding.

She added: “We have got some many things that residents have asked us to do, and my plan is, as soon as possible, to get stated with that. 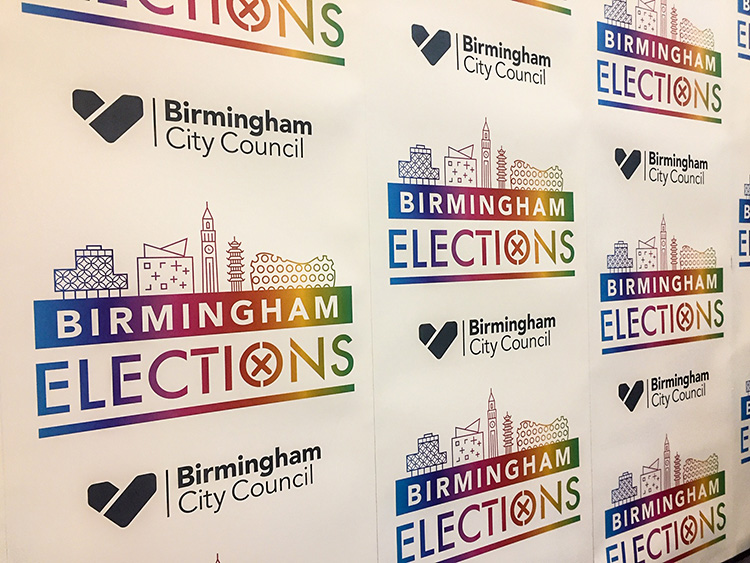 “Some of the things that are at the top of my list are relating to the local (Erdington) high street, crime and anti social behaviour, Short Heath Playing Fields – which people feel passionately about – and HMOs and exempt accommodation, working with other MPs to ensure we tighten the legislation in those areas.

“I’ve had a lot of people supporting, helping, and ensuring that I can be the best MP that I can be. And I believe after 18 years of being a very good councillor, I believe this is my time to step up and show – not just the constituency, but the country – what Paulette Hamilton can do.”

Coming in second place, Robert Alden secured 6147 for the Conservatives, once again narrowing the gap between the two main parties fighting over the Birmingham Erdington seat.

Having battled it out against Jack Dromey over the past four General Elections, many thought Alden might win the longstanding Labour seat in this by-election – as concerns about the Labour run Local Authority continue to grow across the constituency. 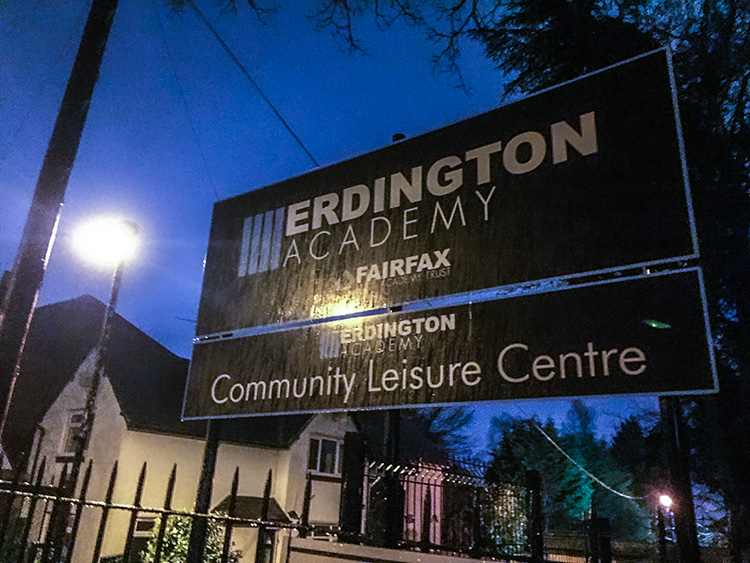 “We’ll be taking the momentum from this election into the local elections in May,” said Alden, after the results were announced, “and it was really interesting speaking to residents during this election because they had Labour canvassers on the door saying: ‘I know you’re angry with the Labour Council, but just hold your nose and vote Labour.’

He added: “What you’re seeing is a seat that’s been a Labour seat for the last 85 years and the fact that the majority is so small here today is really a damning indictment of where the Labour Party is nationally.

“A result like you’re seeing tonight is showing that the Conservative Party is very much where it was in 2019 and doing a good job in representing the country. And locally we’ll continue doing all we can to help stand up for the local area.

Despite a clear lead between the front running two parties and others on the ballot, Dave Nellist secured third place for the Trade Union and Socialist Coalition (TUSC) with 360 votes. 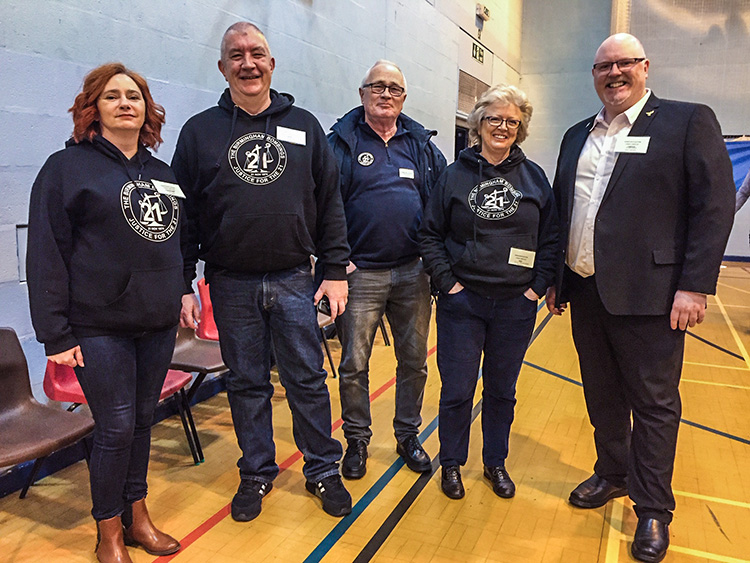 Fourth place went to Jack Brookes with 293 votes for Reform UK, narrowly beating the 236 votes won by Siobhan Harper-Nunes for the Green Party.

Lee Dargue secured 173 votes for the Liberal Democrats, whilst Michael Ludwytche was the highest ranking independent candidate with 109 votes.

But whilst celebration, commiseration, and cardboard boxes will be prominent in by-election campaign offices across Erdington tonight, announcements for candidates standing in the 5 May Local Elections are expected next week.

A General Election will soon follow, to be held in either 2023 or 2024, where the Birmingham Erdington seat will be contested again.