Cllr Robert Alden has stated he will “work closely with the (policing) minister and Home Secretary Priti Patel” to ensure people will be safer on the streets of Erdington, during a visit from Policing Minister Kit Malthouse MP. 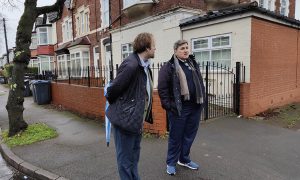 Out on the campaign trail, ahead of the by election on 3 March, local lad and Erdington Ward Councillor Robert Alden brought the Policing Minister to Erdington – to see first hand the problems he wants to tackle in the constituency.

On the streets of Stockland Green with Policing Minister Kit Malthouse MP, Cllr Alden was speaking after a walking meeting around Slade Road.

The Conservative MP candidate and Policing Minister were discussing how the Government’s Safer Streets funding is being spent in the area and Robert Alden’s plans to tackle crime. 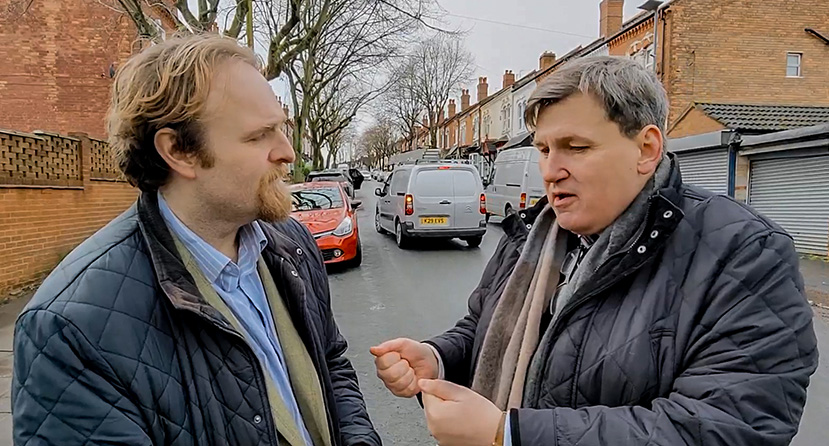 Safer Streets is a government led initiative that has recently seen £432,000 invested into Stockland Green – addressing issues over street crime and public safety, alongside grant funding for projects by local community groups.

Currently the Ward Councillor for Erdington, if elected MP Robert Alden would be responsible for all areas across the constituency.

If elected, Alden has stated his intention to fight for more police officers on the ground, continued support for the Safe Streets programme, and to challenge planning laws and licensing around HMO and exempt accommodation providers.

“I was delighted to welcome Kit Malthouse to Erdington constituency today to discuss crime and the impact it is having here,” Robert said.

“We had a constructive talk on how to tackle things like anti-social behaviour and drugs crime which can be a blight on lives around here.

“He was on board with my plans to make the area safer such as lobbying for more police officers here as part of the Government’s 20,000 officer recruitment programme.

“I also told him how I want to work with various organisations and the police here to tackle some of the crime issues in areas like Stockland Green and Kingstanding and expand on the positive impact from the Government-funded Safer Streets scheme around the Slade Road area.

“But ultimately, I can only work closely with the minister and Home Secretary Priti Patel to put my plans into action if I am elected MP next month. 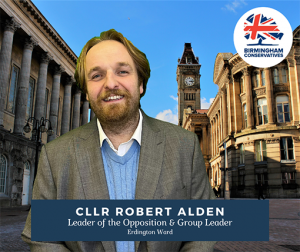 “People in Castle Vale, Erdington and Kingstanding have talked to me about their worries surrounding crime during this campaign and the way my plan to keep streets safe can make a difference.

“I want to be our MP so I will be able to implement my plan, tackle these issues and make sure everyone who lives and works here feels safer on the streets and in their homes,” he added.

Erdington will elect its next Member of Parliament on Thursday, 3 March.

For more on Cllr Robert Alden and the Erdington Conservatives visit www.erdingtonconservatives.org.uk