“If there is a refugee, we are all going to welcome him or her in our school – because we support refugees and we want more refugees to join our safe and caring and loving country.” 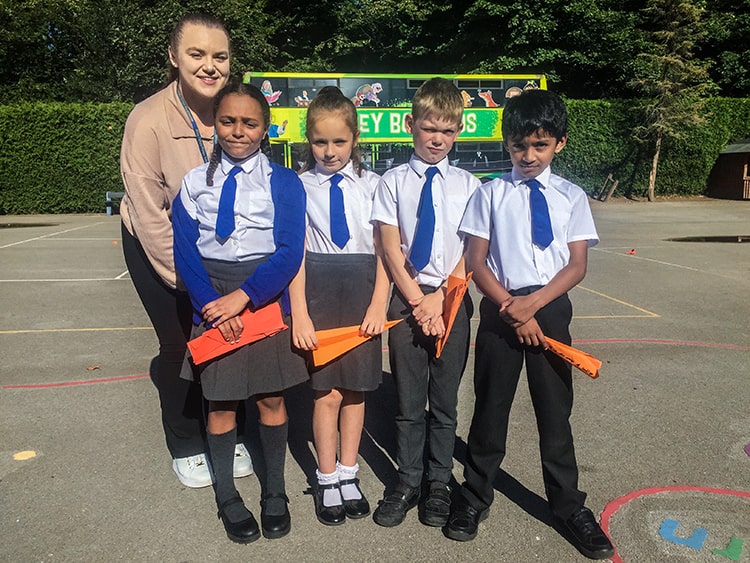 On Friday 23 September, children at Abbey Catholic Primary School in Erdington took part in a nationwide campaign to ‘Fill the Skies with Hope’ and send a message to the newly appointed Prime Minister, Liz Truss, over the UK’s policies on refugees.

The whole school engaged in the special event, making orange paper aeroplanes carrying messages of support and solidarity and sending them into the skies at the same time.

Led by Abbey Principal, Mr McTernan, all children and classes gathered together in the school playground at 2:30pm – launching 420 paper aeroplanes in unison to show the school’s support for refugees and displaced people. 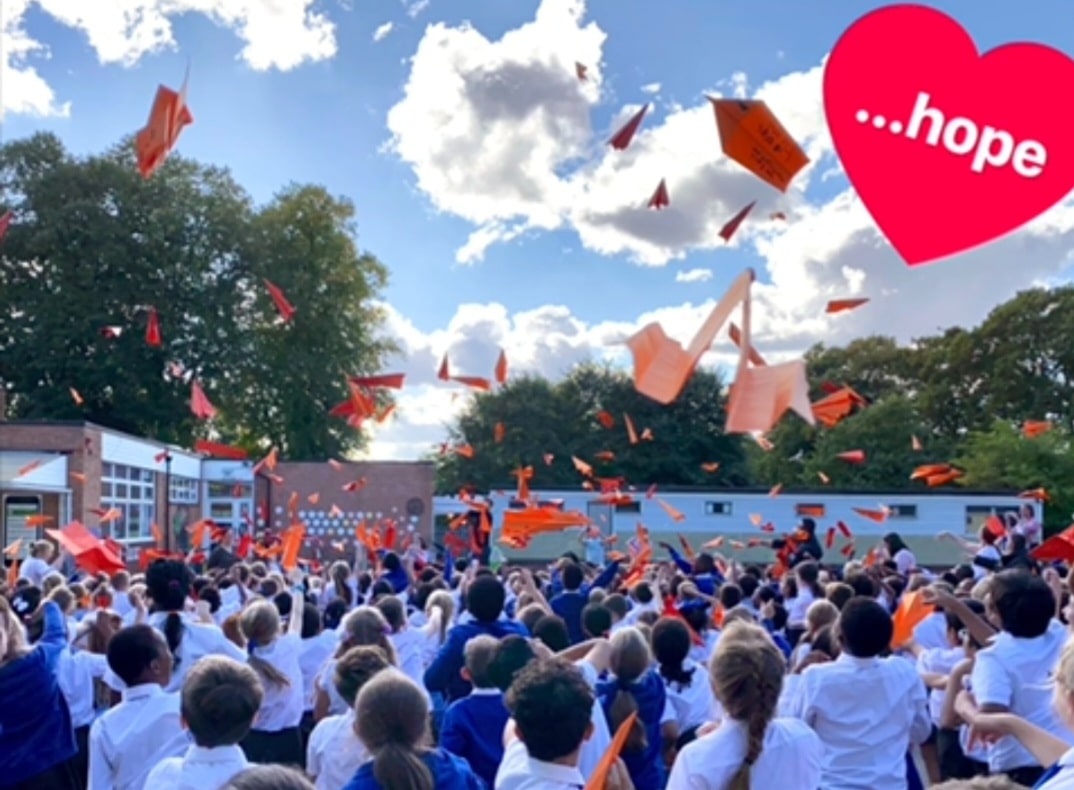 The ‘Fill the Skies with Hope’ campaign – coordinated by the national coalition Together with Refugees – saw schools, community groups, and local organisations across the country make their own paper aeroplanes and launch them in a ‘Day of Action’ on Friday 23 September.

Together with Refugees organised the ‘Fill the Skies with Hope’ campaign to directly challenge the British Government about the colloquially called Rwanda Plan, where people identified by the UK as illegal immigrants or asylum seekers are relocated to Rwanda.

The Rwanda Plan was signed into law by the then Home Secretary Priti Patel, and Rwandan foreign minister Vincent Biruta on 13 April 2022 – with the current Home Secretary, Suella Braverman, now overseeing the scheme. 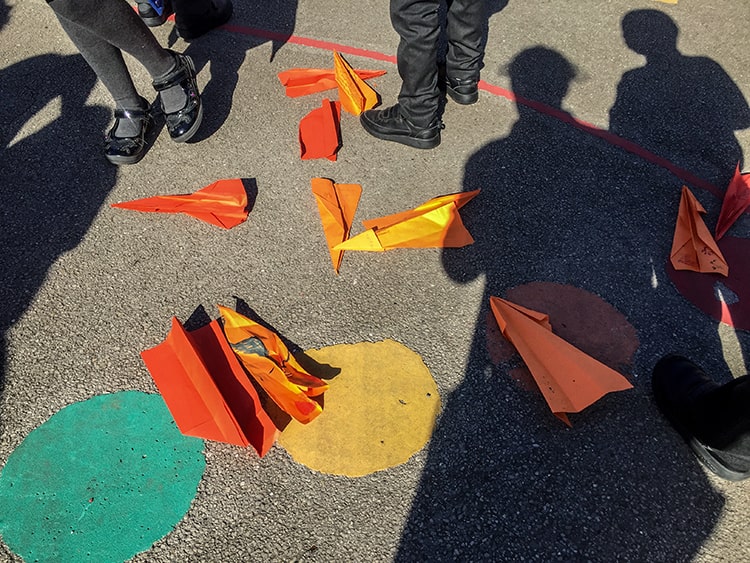 Abbey Catholic Primary School is part of the Birmingham School of Sanctuary Network, committed to ‘promoting welcome, inclusion and awareness of the problems faced by people seeking sanctuary.’ – with the school’s curriculum embracing the issues around refugees and displaced people.

Ahead of the paper aeroplane launch, children from Year 4 had been involved in lessons and learning around refugees all day – including reading Kate Milner’s illustrated children’s book, My Name is Not Refugee.

“It (My Name is Not Refugee) was about a boy who had to flee his country because of war and his mum was saying they will call you refugee,” explained Henry Bradington (4LD). 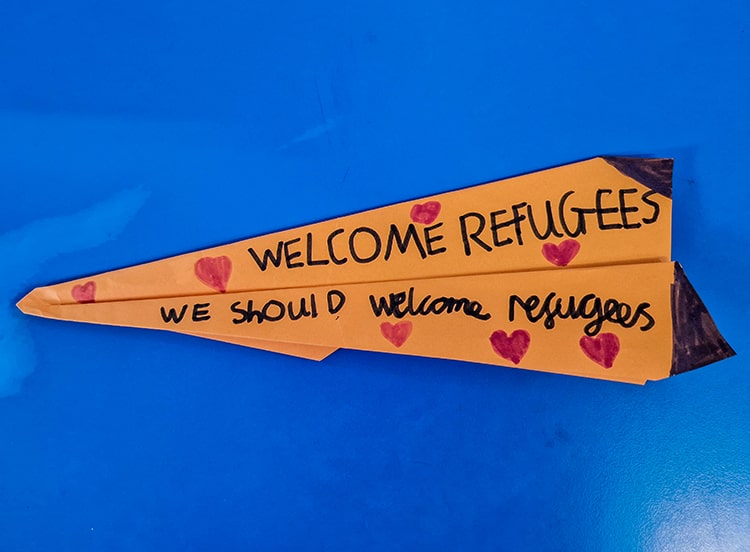 “We also learnt how people in India, 5 million people, had to flee because of natural disasters such as floods, earthquakes, and droughts,” told Victoria Gabriella (4LD).

Year 4 Teacher and Year 3/4 Pastoral Lead, Miss Doyle, added: “We’re a school of sanctuary and they’ve (the children) have been immersed in that entire journey.

“I think it’s so important in this multicultural society not only do they understand refugees and their position, but that they are embracing it and they are welcoming… that they don’t have those stereotypes and are not afraid of it.”

For more on Together with Refugees visit www.togetherwithrefugees.org.uk